Don't be fooled by the new poverty numbers 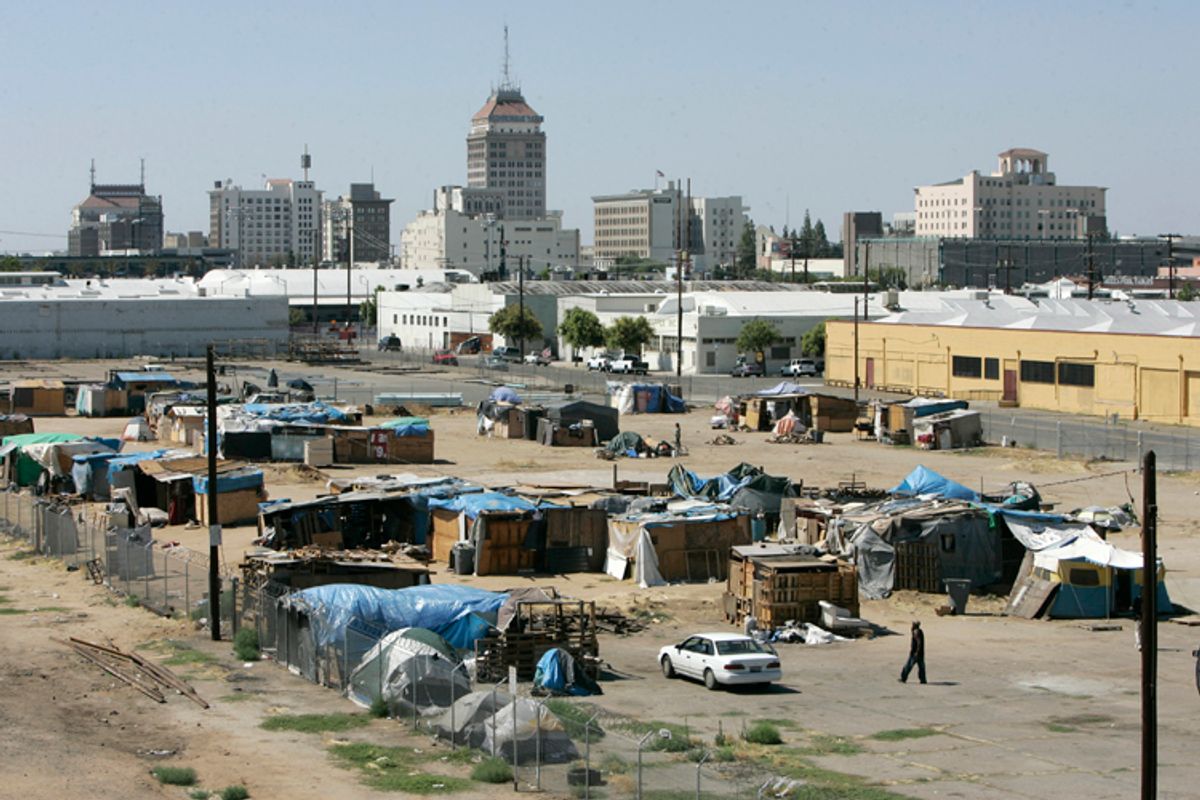 And just like that, millions of Americans living in poverty vanished!

That's one way to interpret the new analysis of census numbers being released on Monday. As the New York Times explained on Friday, the traditional definition of poverty employed by the census does not include government safety net measures such as the food stamps program or targeted tax breaks like the Earned Income Tax Credit. If the cash benefits of those measures are calculated, a whole lot of people who are currently considered below the poverty line suddenly aren't quite so desperate. According to the Times, "as much as half of the reported rise in poverty since 2006 disappears."

That's a not inconsiderable number, considering that the Census Department reported as recently as September that the number of people living in poverty had jumped by 10 million since 2006.

The problem with how the census has historically defined poverty is well-known, and certainly overdue for clarification. For the most part, the New York Times does a good job of providing nuance to a complicated subject. However, while reaching for the larger picture, the Times totally drops the ball.

Coming amid soaring need and bitter debt debates, the findings in Monday’s release are likely to offer fodder both to defenders of safety-net programs and fiscal conservatives who say the government already does much to temper hardship and needs to do no more.

The idea that conservatives are attempting to hold the line against doing more to ameliorate poverty completely misunderstands what is actually going on. Conservatives want the government to do less. Specifically, they want to cut or eradicate exactly those government programs that are keeping millions of Americans out of devastating hardship.

Paul Ryan's budget, passed by the House of Representatives, proposes cutting $127 billion from the food stamp program over the next 10 years. That's 20 percent of the entire program. As the Center on Budget and Policy Priorities noted in June, "three-quarters of SNAP benefits go to families with children ... [and] nearly a third of beneficiaries are senior citizens or people with disabilities."

When Republicans complain about the "47 percent" of the American population who don't pay federal income taxes, they are in large part referring to people who are poor enough to qualify for the Earned Income Tax Credit. The EITC is a refundable tax credit designed specifically to help the working poor -- particularly those with children -- and according to census figures, it has worked spectacularly well, lifting as many as 5 million Americans out of poverty. It is the largest poverty reduction program operated by the federal government.

Most of the tax plans proposed by current Republican candidates for president take direct aim at the EITC. Michele Bachmann has been the most explicit -- she's stated outright that she would end the EITC. Meanwhile, the flat taxes proposed by Herman Cain and Rick Perry would replace tax credits that help the poor with tax increases that disproportionately hit the poor.

If conservatives had their way, in other words, the number of Americans living in poverty would increase dramatically -- no matter how the census chooses to define it.