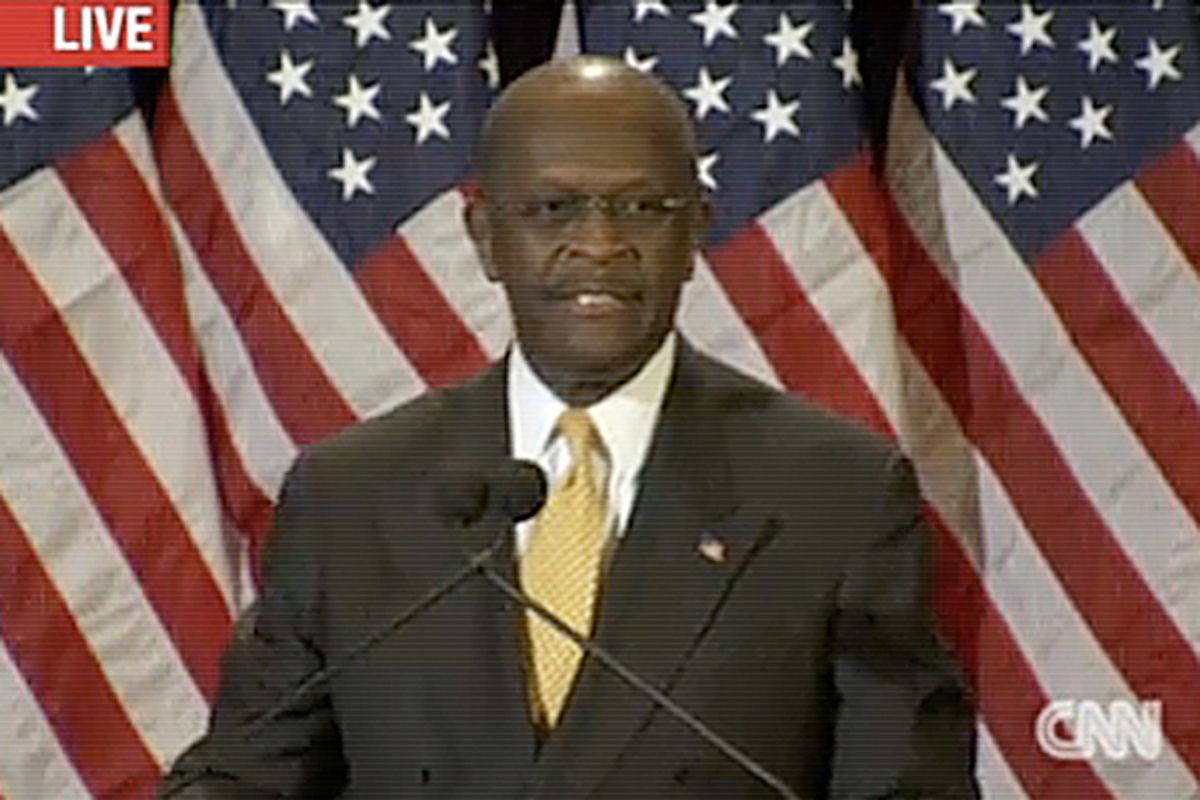 Herman Cain used a much-anticipated press conference late Tuesday afternoon to insist that he has never met or seen Sharon Bialek, the former National Restaurant Association fundraiser who claimed on Monday that he'd groped her after a dinner in Washington, D.C., in 1997.

The events that Bialek alleges, Cain said, "didn't happen. They did not happen." He said that when he saw Bialek's press conference with attorney Gloria Allred on Monday, "I tried to remember if I recognize if I recognized that face -- and I didn't. I tried to remember if I remembered that name -- and I didn't." Later, though, he acknowledged that it's a "remote possibility" that he actually did meet her and that he just doesn't remember it.

He also sought to buttress a partisan victimization narrative that some conservative commentators have pushed, claiming that "the Democrat machine in America has brought forth a troubled woman to make false statements."

Asked by a reporter if he'd be willing to submit to a lie detector test, Cain immediately said that he would, then added: "But I'm not going to do that unless I have a good reason to do that."

Just before Cain's press conference, the New York Times published an interview with Karen Kraushaar, one of the women who had been paid a settlement after accusing Cain of sexual harassment in the late 1990s. She came forward after some media outlets identified her, but provided no details of Cain's alleged behavior toward her. However, she suggested she might be willing to participate in a joint conference with other Cain accusers.

Cain was asked about Kraushaar at his press conference. "That is the one that I recall that filed a complaint," he said, "but it was found to be baseless."

He also said that "there will probably be others, not because I'm aware of them," claiming that powerful forces were aligned to prevent a businessman from winning the White House.

In terms of Cain's immediate political survival, the big question now is whether influential conservatives who have begun to run out of patience with Cain will be satisfied -- or if they will deem his response inadequate and ratchet up the heat on him.