The president, with rare support from Congress, is rebooting preschool for the poor. 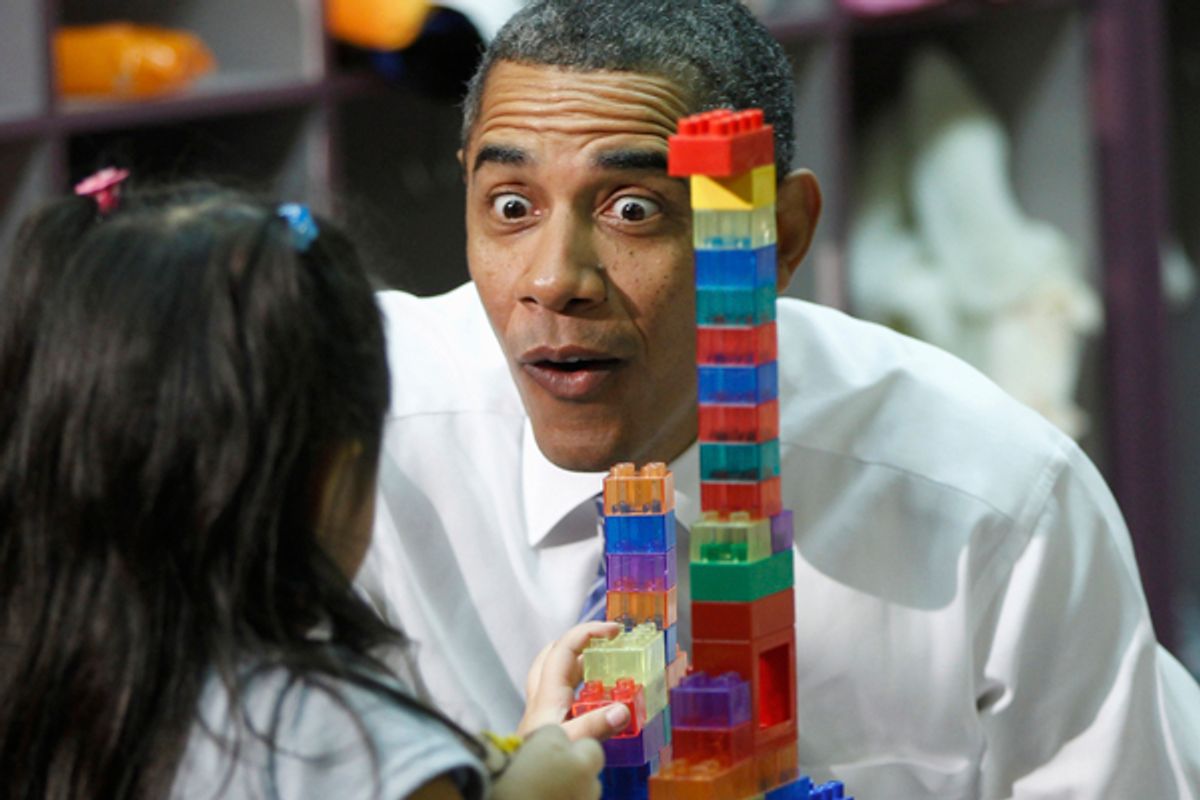 Before an audience of voters in Yeadon, Pa., on Tuesday, President Obama announced major changes to the Head Start program, which provides preschool access for children from low-income families, and scolded Congress for not doing more for education.

“This is the first time in history that Head Start programs will truly be held accountable for performance,” Obama explained during the speech. It’s surprising but true: While No Child Left Behind and other education reform measures have placed a spotlight on school and teacher accountability, Head Start has been plodding along untouched. Head Start preschools that do a poor job can keep receiving funding for years without ever making changes to their programs, the GAO reported in 2005.

In the future, Head Start programs will be thoroughly evaluated on a regular basis, and programs that aren’t doing a good job will have to recompete for their funding with other preschools in the area that want Head Start funding. It’s a classic example of Obama the policy wonk doing one thing he does well: taking an existing liberal program and sprucing it up, but in a way that is cost-neutral so the change draws minimal criticism.

The president wasn’t shy about leveraging the Head Start changes as another piece of his new “We Can’t Wait” agenda. This is the education/reelection strategy that drove drove the changes to student loan policy the administration announced two weeks ago, as well as its plan to issue waivers that will exempt states from some No Child Left Behind provisions.

“There’s no substitute for Congress doing its job,” Obama said in Yeadon. He berated Congress for not “fixing” problems with No Child Left Behind and rejecting his latest $30 billion teacher jobs bill. “We want to work with Congress but we’re not going to wait,” he added.

In fact, Congress did approve these changes to Head Start, in 2007, under the Bush administration. With widespread bipartisan support, the Head Start reauthorization act mandated a new system, like the one announced today, for renewing Head Start grants. Changing leadership in the White House and at the Office of Head Start likely slowed down the new Head Start rules from being issued, making today’s announcement long overdue.

Still, it couldn’t have come soon enough. Studies have repeatedly shown that effective preschool programs can help break the poverty cycle by providing children with a social and educational base to build on during their school years. Meanwhile, children who start kindergarten having not been exposed to many books or other educational tools are far more likely to fall behind in school.

Researchers have questioned whether Head Start itself is an “effective” program, however. Earlier this year, a study that had been commissioned by the Department of Health and Human Services showed that the gains made by children during their years in Head Start disappeared by the time those children reached first grade. Granted, some Head Start preschools are better than others, but the conclusion was troubling nonetheless.

Health and Human Services estimates that one-third of all Head Start programs will have to recompete for their Head Start grants. This is a lot of programs, and a lot of potential for backfire. The potential payoff, however, is big: a revived program that makes major positive impact in the lives of children from-low income families.