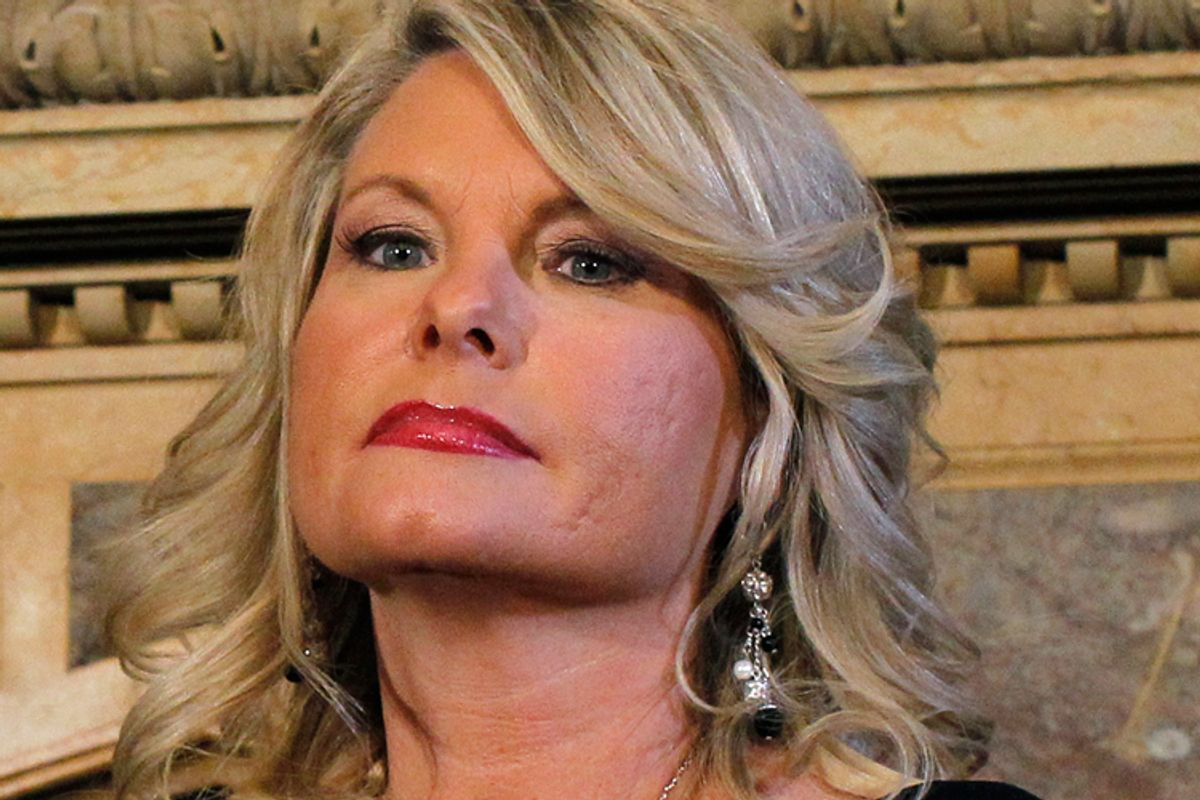 One thing was clear from Sharon Bialek's media tour of the past 24 hours: She knew what she was getting herself into.

Bialek, the public face of sexual harassment charges against GOP presidential candidate Herman Cain, told CNN's Piers Morgan last night that: "There's going to be a lot of backlash and I'm going to have to suffer through that and I'm sure I'm going to be portrayed as different things. I'm willing to handle it. I'm a tough girl."

On NBC's "Today," she recalled her boyfriend telling her that if she said publicly that Cain made unwelcome advances, "It's gonna be one of those he-said she-said things." But Bialek insisted that the focus belonged on Cain, not her. "It's not about me. I'm not the one running for president." She repeated on every show that she wasn't getting paid and neither was attorney Gloria Allred.

Biakek's right, but she's also smart enough to know that in this media climate, it's going to be about her anyway -- whether she's a money-grubbing trollop, whether she asked for it. At her press conference, Bialek even described her outfit at the time of the incident, preempting the classic "What was she wearing?" question. It took only a few hours for the Chicago Tribune, her hometown paper, to dig up Bialek's two bankruptcies, the most recent a decade old, among other not-atypical financial mishaps, and to helpfully inform us that her first date with her fiance lasted 72 hours. There was Rush Limbaugh, slurping over her name being pronounced just like "buy a lick," and deeming her "a babe." There was Dick Morris, slimily anticipating a Playboy spread.

And yet. Maybe it's because Bialek is white, blond, a mother, a willing attendee at Tea Party rallies. Maybe the sheer number -- five women at this writing, at least one other Republican -- is getting hard to ignore. But this morning, there were signs that at least a few conservatives thought this was a bridge too far, past the previous boys-will-be-boys referendum on whether sexual harassment is even a "real thing."

Concerned Women of America head Penny Nance announced that "Ms. Bialek appeared credible, and I was very disturbed by her characterization of what happened.”

Four women are not an insignificant number. One or two anonymous charges, perhaps. Three anonymous charges (where, as I understand the story, Cain knows of at least two of the women) plus one woman who went very public and opened herself up to all manner of investigation, are a lot. It is no longer insignificant ... I have watched long enough and held my tongue long enough to give him the benefit of the doubt, but can no longer say this is a witch hunt, “a lynching” to use his word, or any other euphemism.

(Did you know "lynching" is a more gentle way to say "that bitch is lying"?)