A glimpse inside Iran's nukes 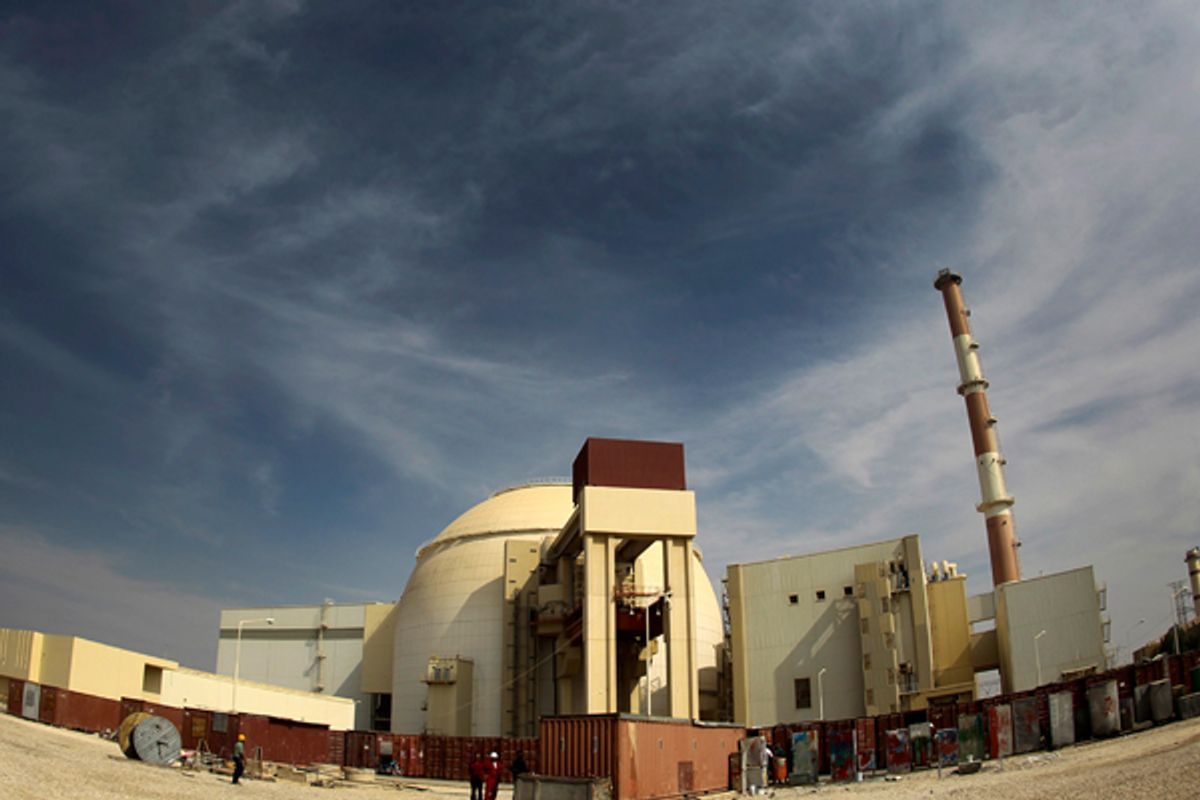 The media spin preceding the release of the International Atomic Energy Agency’s report on Iran was more exciting than the report itself. Contrary to speculation, the report largely reinforced the reigning assessment of the Iranian nuclear program: Tehran is, and has been for decades, seeking nuclear latency—the capacity to make nuclear weapons--but the IAEA does not conclude that it currently has an active program to build nuclear weapons

The report added some detail to what was already known  with a high degree of likelihood: that Tehran had engaged in weaponization activities but ended those efforts around 2003. According to the Arms Control Association, “The IAEA report and annex reinforce what the nonproliferation community has recognized for some time: that Iran engaged in various nuclear weapons development activities until 2003, then stopped many of them, but continued others.

The Obama administration has been careful not to overstate the report’s conclusions. A senior administration official told reporters yesterday that “[t]he IAEA does not assert that Iran has resumed a full-scale nuclear weapons program nor does it [say] how advanced the programs really are.”

But beyond detailing Iran’s foul play, at least pre-2003, the report shows that after two more years of both targeted and indiscriminate sanctions by the United States, the trajectory of the Iranian nuclear program has not changed. The prospects for a tenable solution remains elusive.

The immediate impulse in Washington will be to opt for more sanctions. Behind closed doors, talks abound about more sabotage, computer viruses and even assassination.

Much can be said about the negative repercussions of indiscriminate sanctions, the questionable ethics of assassinations and the Pandora’s box that is opened by launching cyberwars. But if we focus specifically on the nuclear program, and assume for a moment that the West is behind the recent assassination of several Iranian nuclear scientists. Assume, as has been reliably reported, that Israel helped develop the Stuxnet virus which crippled Iranian nuclear machinery the question that must be asked is whether these efforts change facts on the ground in Iran at a faster pace than the progression of the nuclear program itself.

Still, these combined efforts still seem to have changed facts on the ground at a less rapid rate than the continued growth of the Iranian program itself; whether it be the growing stockpile of low enriched uranium, the enrichment at 19.75%, or the expansion in Iranian knowledge about these processes and their various applications.

The fact that the Iranians have not retaliated against the assassinations of their scientists raises interesting questions. Is it because Tehran lacks the capability to retaliate? Or is it because the Iranians simply can absorb the pressures from the combined efforts of sanctions, assassinations and sabotage without losing significant momentum? If so, retaliating against the assassinations and risking an escalation may be less attractive to Tehran compared to continuing a status quo where Iran faces painful sanctions, but can still outpace the problems these punitive measures inflict on their program.

So if not doubling down on sanctions, how should Washington react to the IAEA report? The report shows that the greatest danger lies in the lack of transparency. During periods of insufficient inspections, the Iranians were engaged in suspect activities.

Rather than sanctions, a solution centered on inspections and verification is more effective in ensuring that Iran won’t divert its program in a military direction. The specific tool in question is the Additional Protocol (AP) to the Non-Proliferation Treaty (NPT), which would significantly enhance the IAEA’s ability to inspect and verify the nature of the Iranian program.

For instance, it would enable the IAEA to install instruments inside Iran’s nuclear facilities that would detect any foul play within 24 hours(compared to the 30-90 days that it would take with the existing tools). It would also enable the IAEA to have a permanent presence in Iran and to conduct un-announced spot checks. Currently, the IAEA can only inspect declared sites and the inspectors have to secure visas before travelling to Iran, giving Tehran ample heads-up.

Washington should make Iran’s adherence to the AP a key objective and devise a plan to reach this objective. A sanctions-centric approach is unlikely to yield the desired results. Even if it did, its value would be questionable since the AP is most efficient when states adhere to it voluntarily and find collaboration with the IAEA beneficial. Forcing the AP onto a state would likely only change the current cat-and-mouse game to a different game of deception.

It is only through a strategy centered on sustained diplomacy -- one where instantaneous results are not expected and where the negotiations are insulated from domestic actors in Washington and Tehran who have a stake in the continuation of the status quo -- that Iran’s full and effective adherence to the NPT can be achieved. And it is only through transparency on the part of Iran that nuclear diversion can be prevented – and the trust deficit between Iran and the West over this issue can begin to reverse.