Colbert sticks with, then sours on Herman Cain 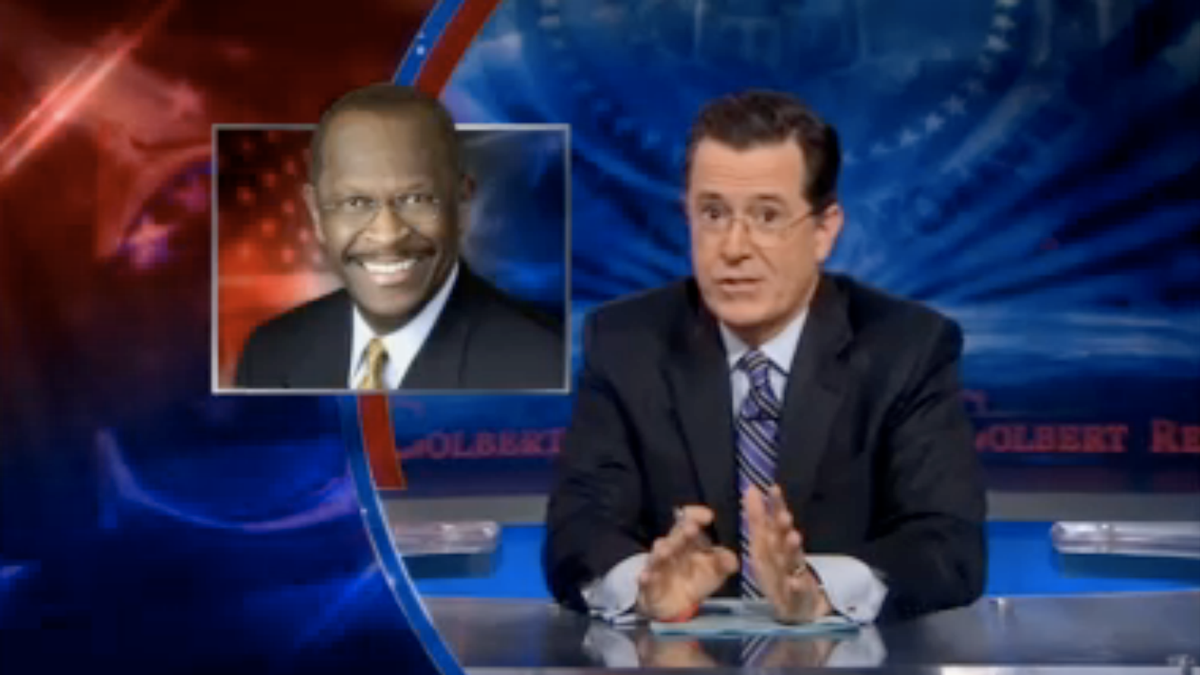 Many have marveled at Herman Cain's resilience this past week and a half. Even facing a series of sexual harassment accusations, the Republican hopeful surged to his single strongest day of fundraising ever last week, and continued to best Mitt Romney in national polls. Stephen Colbert did his best to illustrate the mindset of a typical Cain supporter on his show last night -- and to highlight the source of the candidate's durability. More importantly, though, Colbert also demonstrated how Sharon Bialek's specific, unsettling allegations could lose Cain all of his momentum, and ultimately sink his campaign.