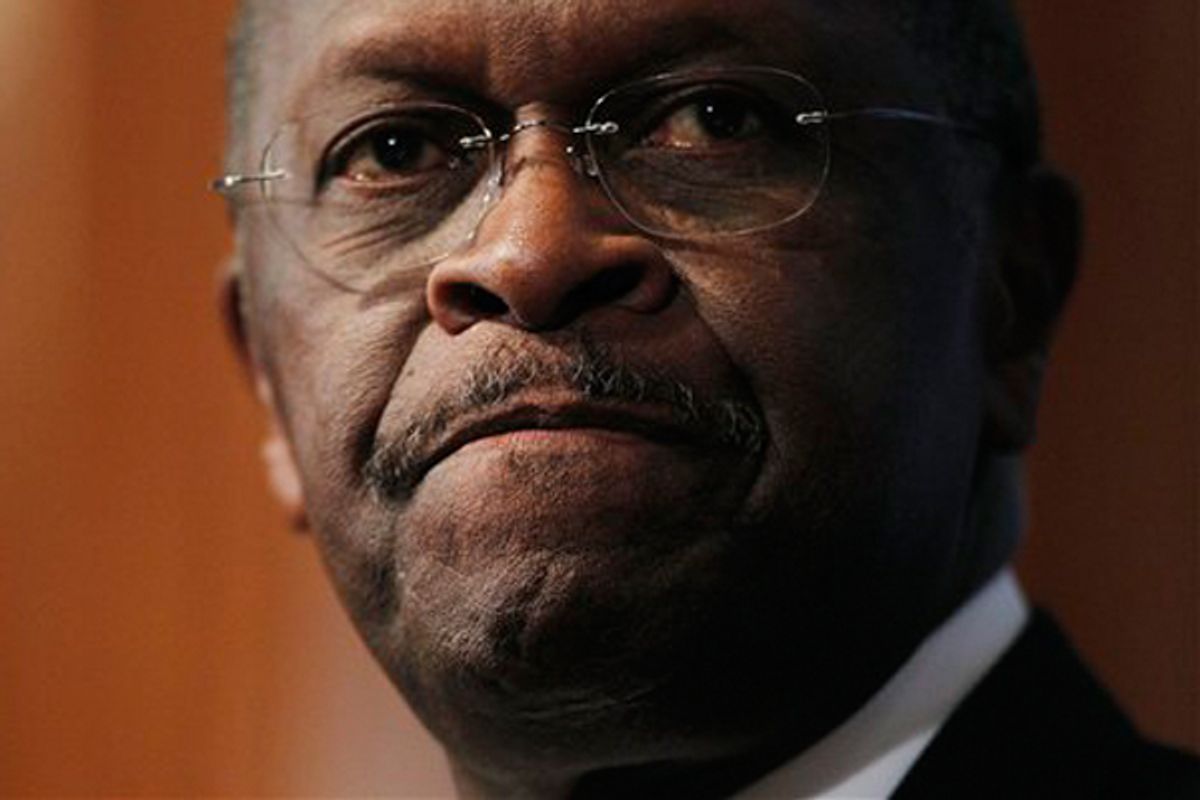 Mark Block, Herman Cain's chief of staff and a complete idiot, went on Hannity last night to finally put this "multiple credible accusations of sexual harassment" issue to bed, so to speak. He came prepared with a stunning revelation:

BLOCK: Karen Kraushaar had come out as one of the women. And we’ve come to find out her son works at Politico, the organization that originally put the story out.

BLOCK: We've confirmed it that he does indeed work at Politico, and that's his mother, yes.

See? It's all a liberal media conspiracy, because the son of one of the five women to have accused Herman Cain of inappropriate behavior works in some sort of capacity at the news organization that originally ran the story reporting that Cain had been accused of sexual harassment (a story that was proven completely true shortly following its publication, meaning that even if it had been a plot, it was still a plot based on complete factual accuracy).

The only problem, of course, is that Josh Kraushaar, the reporter Block is referring to, no longer works at Politico, and hasn't since 2010. Oh, there is also one other problem: Kraushaar is not Karen Kraushaar's son. They are not related at all.

This would be funny if it happened once, but we're talking about Mark Block, who said just six days ago that Rick Perry's campaign leaked the story, and never backed that up. We're talking about a guy so inept at managing a campaign that he has an independent counsel looking at whether he broke campaign finance law.

I'm afraid I have to disagree with Weigel here: This is funny no matter how many times it happens.

The Cain campaign finally acknowledged this morning that this fact that they "confirmed" was not a fact at all, but, you know, mistakes happen, right?

The "information available at the time" was the same information "available" right now.

The Weekly Standard weighs in: "This is a sub-bush league gaffe."

Plenty of savvy conservatives are slightly alarmed by the fact that the rubes are taking Cain's joke of a campaign a bit too seriously, and this certainly won't help. If your attempt to shift blame to the liberal media fails this spectacularly among people for whom pushing the liberal media bias claim is second nature, you are in trouble.

If Cain is serious about his campaign -- or even if he just wants to maybe win Iowa and then flame out and score a well-paid punditry gig -- he should probably fire Mr. Block. (He should also stop serially harassing women but that's another story.)