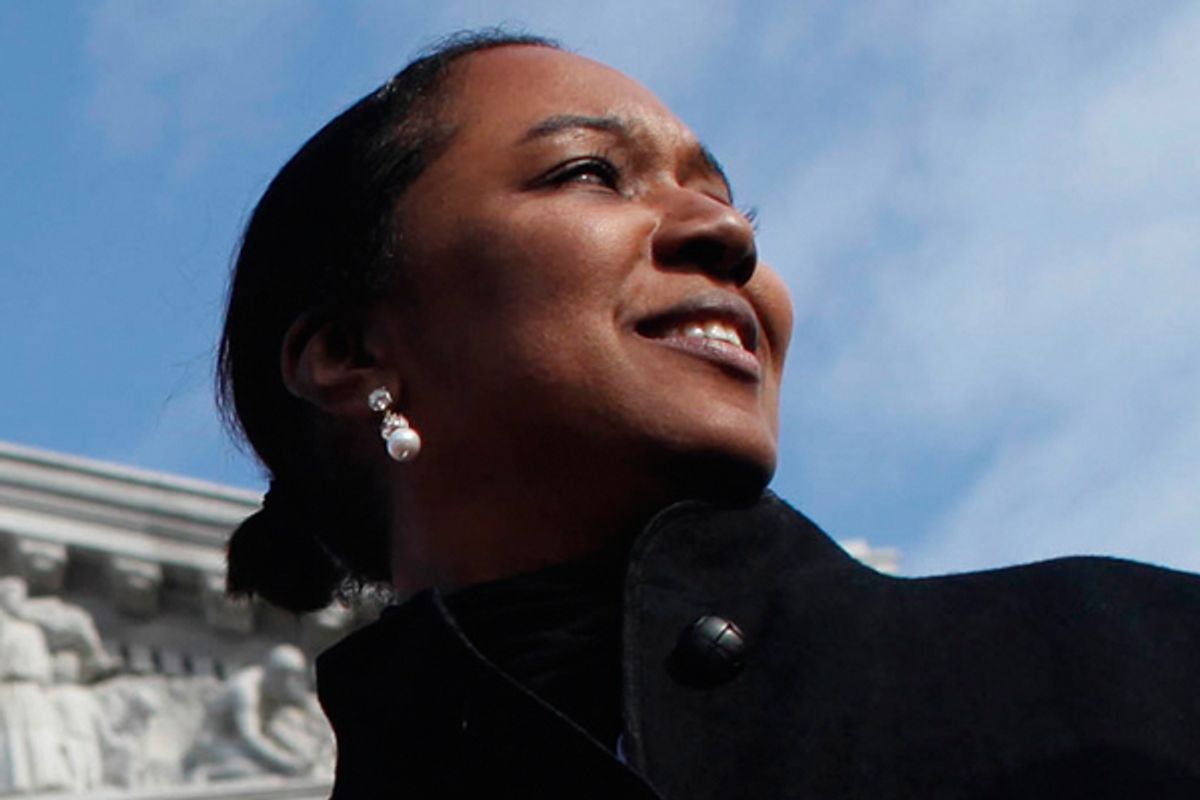 I'm in Detroit this week at Equity Summit '11, sponsored by PolicyLink, and full disclosure, I'm on the board. More than 2,000 people registered for this year's conference, and at this morning's plenary session people were hugely excited about last night's election results. The big news was Ohio repealing Gov. John Kasich's union-busting legislation, but folks were buoyed by Democratic victories in Kentucky and the defeat of the scary "personhood" measure in Mississippi.

Although PolicyLink and its equity summits are nonpartisan, it's safe to say they attract a lot of progressives. At the 2008 summit in New Orleans, the crowd was fired up about Barack Obama; this year, people are fired up about the organizing going on in their own states and cities to push back against the message of austerity that's too often coming from both parties. There's a lot of talk about Occupy Wall Street changing the nature of the political debate, shifting it from deficit cutting to economic inequality, and folks here want to build on that momentum.

I caught up with Wisconsin Democratic state Sen. Lena Taylor, who became a spokeswoman for her embattled party back when she and other Democratic senators went into exile last winter trying to block Gov. Scott Walker's bill stripping collective bargaining rights from public workers. Taylor told me she's never seen a politician look as chastened as John Kasich did last night, "even during a sex scandal." After Measure 2 passed by a 2-1 margin, Kasich told Ohio voters he's listening to them, "and what he was really trying to say was, 'I messed up.'" Taylor said. "I have never seen a governor talk that way before."

Walker ought to be listening. Taylor says the Ohio victory will help Wisconsin Democrats with their effort to recall Walker – they'll start collecting signatures Nov. 15, and they need 540,000 by Jan. 17 to put the recall on the ballot next November (The Tea Party Express is already using the Ohio loss to raise money to protect Walker in Wisconsin). "It helps our recall tremendously; there's a real sense of momentum," Taylor said after an Equity Summit session on fighting government cutbacks. "It's as if we handed the baton to Ohio this fall, and now they're going to hand it back to Wisconsin." Another lesson from Ohio, Taylor said, is "they didn't let up," even after polls showed the measure passing easily. "They continued with town halls, they kept going door to door." Ohio will inspire a lot of people to go door to door in the months to come.

I'll have more dispatches from the summit today and tomorrow.