While not a "smoking gun," the U.N. report buttresses U.S. case for tougher sanctions 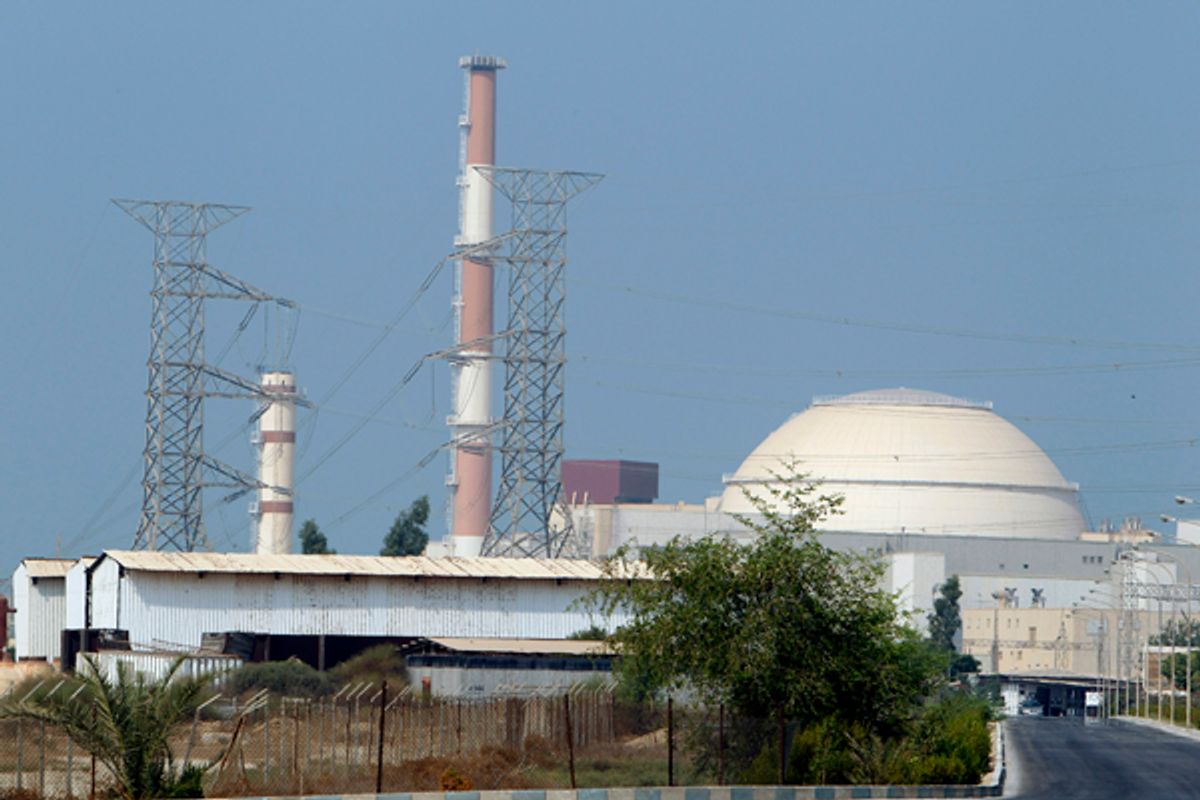 A U.N. nuclear report released Tuesday presents a damning case that Iran has a nuclear weapons program. From an alleged secret enrichment program to make the fuel for a bomb to research on the neutron trigger to set off a weapon, the International Atomic Energy Agency paints the picture of a comprehensive Iranian effort. In addition, the agency presents data that Iran has continued to work on making a weapon, despite U.S. estimates that Iran halted weaponization research in 2003. It is the first time since the IAEA began investigating Iran in 2003 that it has put so many pieces together in an official report.

The United States has already signaled that it will use this report in its continuing campaign to get tough sanctions against Iran in order to force it to negotiate on its nuclear ambitions. The report buttresses U.S. policy of isolating Iran as much as possible. Washington wants to rally the international community to put pressure on Iran, and now it has a documented report from the U.N. nuclear watchdog that Iran has done much more to obtain nuclear weapons than was previously known. The Obama administration is trying to reach a settlement that will spare it from having to choose between bombing Iran or letting Iran get the bomb. The IAEA report increases the urgency in finding such a solution.

The IAEA does not state unequivocally that Iran is making nuclear weapons, concluding only that it  has “serious concerns regarding possible military dimensions to Iran’s nuclear programme,” and that “information indicates that Iran has carried out activities relevant to the development of a nuclear explosive device.” This is a strong statement but short of the almost unambiguous assessment the IAEA made last May that a building bombed in Syria by Israeli planes in 2007 was “very likely” to have been a nuclear reactor.

The IAEA recognizes skepticism about intelligence on weapons of mass destruction after the false claims that led up to the Iraq war. The report includes a section that  lays out why it considers the information it has credible. Iran says the documents are forgeries but the IAEA says it has a variety of records including engineering drawings, videos, procurement information, financial records and “documents demonstrating manufacturing techniques for certain high explosive components."

The report  says the information is “consistent in terms of technical content, individuals and organizations involved, and time frames.” In addition, the information came from “more than 10 member states” as well as the IAEA investigation. The agency presents a chart of how Iran has allegedly changed the organizations doing weapons work in order to avoid being detected.

Among the key points in the IAEA report:

The IAEA report comes at a tense time. There are press accounts of Israeli Prime Minister Benjamin Netanyahu pushing for an attack on Iran. There is the U.S. allegation of a rocambolesque Iranian plot for a terrorist attack in the U.S. capital.  But this does not necessarily portend war.  Former Mossad chief Meir Dagan and other key security figures oppose an Israeli rush to arms, especially as they feel there are non-kinetic ways, including tougher sanctions and cyber-attacks, to bring Iran to heel. And Washington is not at this point anxious for war. Israel would have to be in exceptionally dire straits before it would risk its alliance with the United States over such a key, strategic issue.

There is another key point: The hardest part of making an atomic bomb is getting the fissile material, the nuclear matter that explodes. Iran says it is only working peacefully to get fuel for yet-to-be-built power reactors.

Israel is concerned since Iran has said it will move enrichment work from Natanz, which is an underground bunker complex, to the Fordow site, near Qom, which is built into a mountain. The IAEA report says Iran has not yet done this but is working on it. This could possibly close the window on potential military action against Iran’s nuclear work.

“It’s totally different because the one [Natanz] is a basement, the other [Fordow] is under a mountain," said one diplomat. Israeli analysts have said the time for an attack on Iran will come when the Iranians are on the verge of doing something that would make military action useless. Stocking Fordow with enrichment lines could be that something.

But we are not there at this point. The immediate fallout from the IAEA report will be a push for tougher sanctions against Iran, a policy Israel has been backing.  And if the IAEA report this month does not convince, there will be another one, with more data, in February. After that, especially if Fordow becomes an inaccessible factory for producing the enriched uranium that can power a reactor but also a bomb, the Iranian nuclear crisis may be heading for its crunch time.

Michael Adler is a Public Policy Scholar at the Woodrow Wilson International Center for Scholars, writing a book on the diplomacy in the Iranian nuclear crisis.