The moral crisis of modern capitalism 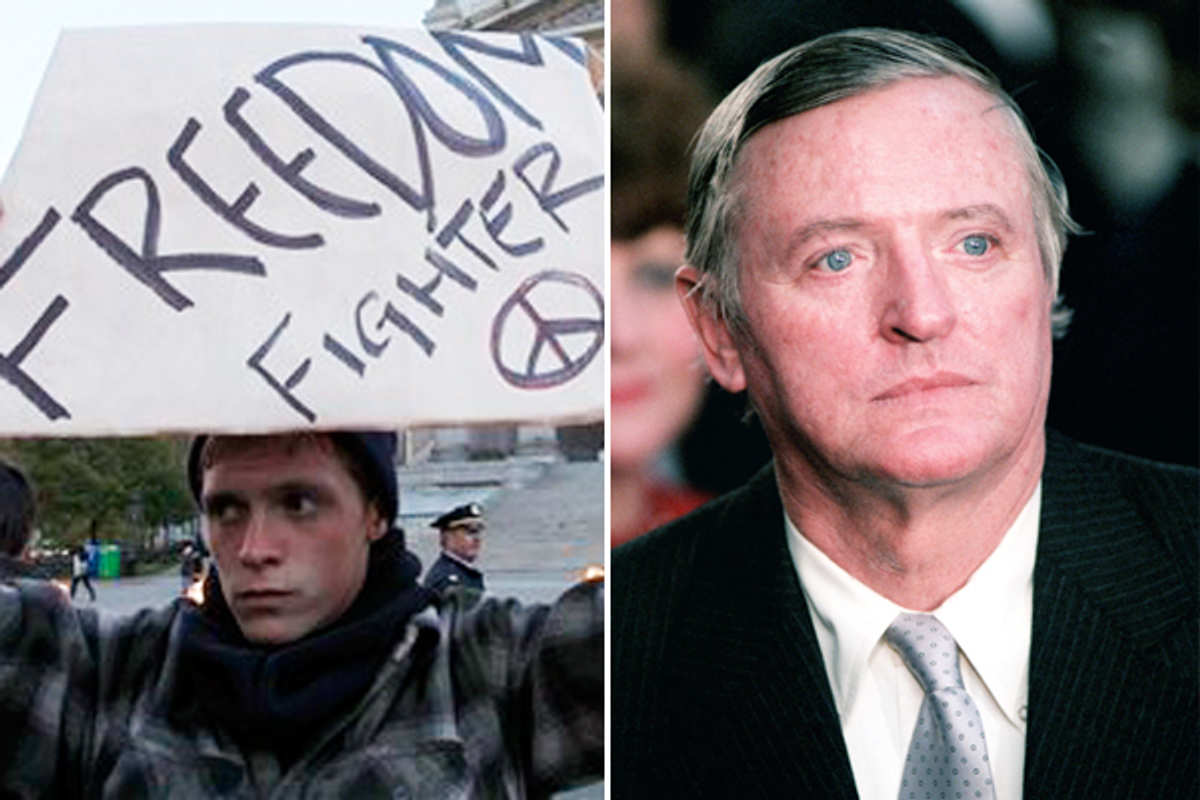 The Occupy Wall Street protesters were not immune to the news of Steve Jobs’ passing. “A ripple of shock went through our crowd,” Thorin Caristo, a leader of the movement’s Web outreach, told the Associated Press. He later called for a moment of silence from the stubborn assembly at Zuccotti Park, and the 99 percent paid tribute to an exceptional member of the other club.

The gesture failed to move some. National Review’s Daniel Foster envisioned “viscera of a thousand heads exploding from the sheer force of cognitive dissonance,” while conservative columnist Michelle Malkin said that the protesters honoring Jobs’ life and work “without a trace of irony” provided the “teachable moment of the week.” The lesson, it seems, is that one cannot critique capitalism without also rejecting every single capitalist, a conclusion that is not only logically flawed but one that was famously rejected by William F. Buckley Jr., the ideological avatar of the modern conservative movement and a founder of the National Review.

In a column written just a few years before his death, Buckley condemned what he called the “institutional embarrassments” of capitalism, CEOs whose enormous compensation packages defy the gravitational pull of poor stock performance. Buckley was no egalitarian, and he drew a contrast between the “executive plunder” reaped by certain CEOs and the allowances that may be made for the likes of a Thomas Edison. Were such a person alive today, he said, “it would be unwise to cavil at any arrangement whatever made by a company seeking his services exclusively.”

Unwise, but more important, unwarranted, for at the heart of Buckley’s argument is an appeal to fairness. It does not seem unreasonable that a Thomas Edison, or a Steve Jobs, be paid a lot more than the rest of us. But when it comes to people who not only fail to create value, but actually supervise its destruction, it seems outrageous that they should make more over a long lunch than most people make in an entire year. Or, as Buckley puts it, “What is going on is phony. It is shoddy, it is contemptible, and it is philosophically blasphemous.”

To be clear, were he still with us today, Bill Buckley would not be occupying Wall Street. His aim was to save capitalism from itself, and he would likely chide the protesters for trying to save us from capitalism. Still, the sense of moral outrage that infuses his column — aptly titled “Capitalism’s Boil” — is not altogether different from that expressed by the weather-weary demonstrators. Doubtless, there are some who want to uproot capitalism altogether and replace it with some other system for distributing scarce goods, but one suspects that most who have turned out are simply looking to air the familiar grievances of the financial crisis (joblessness, soaring poverty, crushing debt) and shame those on Wall Street who cashed in on a crisis they helped create.

The same may be said with even greater confidence for the support the movement is enjoying across the country. It is not the case that a nation of closet communists has finally found a voice; rather, the protesters have come to embody a common sense that something is wrong with American capitalism — that the system simply isn’t working. In this respect, the focus on Wall Street is both apt and overbroad. Overbroad because, if you brush the complex instruments that precipitated the financial crisis, you won’t find the fingerprints of every banker on Wall Street. Apt because the success of the financial sector as a whole not only defies the experience of the last few years, but the story of the American middle class for over three decades.

Paul Krugman has famously called this period the Great Divergence. “We’re no longer a middle-class society, in which the benefits of economic growth are widely shared,” he said in the inaugural post of his New York Times blog. “Between 1979 and 2005 the real income of the median household rose only 13 percent, but the income of the richest 0.1 percent of Americans rose 296 percent.” During the same period, the percentage of the nation’s wealth held by the top 1 percent grew from 20.5 percent in 1979 to 33.8 percent in 2007. These trends have helped to set the U.S. apart from other developed countries in terms of wealth inequality. According to the CIA World Fact book, the U.S. currently ranks 39th in unequal wealth distribution, edging out Cameroon and Iran but just behind Bulgaria and Jamaica. By contrast, the U.K. comes in at 91st place, with Canada 102nd and Germany 126th.

The financial sector doesn’t tell the whole story of growing inequality, but it certainly plays a central role. As Simon Johnson described its meteoric rise in a 2009 essay for the Atlantic:

From 1973 to 1985, the financial sector never earned more than 16 percent of domestic corporate profits. In 1986, that figure reached 19 percent. In the 1990s, it oscillated between 21 percent and 30 percent, higher than it had ever been in the postwar period. This decade, it reached 41 percent. Pay rose just as dramatically. From 1948 to 1982, average compensation in the financial sector ranged between 99 percent and 108 percent of the average for all domestic private industries. From 1983, it shot upward, reaching 181 percent in 2007.

The inequality within the financial sector is more striking still, with the most successful managing directors taking home enough to buy and sell a brace of lowly associates. Again, the numbers speak for themselves: In 1986, the highest-paid CEO on Wall Street was John Gutfreund of Salomon Brothers, who made $3.1 million. In 2007, the CEO of Goldman Sachs, Lloyd Blankfein, made just short of $68 million.

To be sure, Americans have always had a high tolerance for economic inequality, particularly compared with their European peers. The quintessential American tale is still the rags to riches story, and for Democrats and Republicans alike, "class warfare" is an accusation to be rebutted, not an open call to arms. Indeed, as the unlikely tribute to Steve Jobs attests, even for those who are willing to roundly object to the growing gap between the very rich and the rest of us, the problem is not inequality per se, but giving a satisfactory account for it. As Bill Buckley well understood, economic systems have to give a moral account of who wins, who loses, and why, particularly insofar as those systems are shaped by democratic choices. It is not hard to give a compelling account for why someone like Steve Jobs grows far richer than the rest of us — his success tends to vindicate capitalism, not undermine it — but the same may not be said for the financial sector in general. The problem isn’t that the average banker doesn’t work hard (the hours are grueling) nor that his work isn’t essential to helping maintain a modern, civilized society (it is); the problem is that the same may be said for an E.R. nurse or a sixth grade teacher, and it isn’t immediately clear why one should make 10 times as much as the other.

Buckley said of the CEO pay packages he so despised that “extortions of that size tell us, really, that the market system is not working,” meaning that the free market, left to its own devices, does not allow for such gross distortions. This is certainly the account conservatives prefer when they try to explain Wall Street’s inordinate success. According to them, anti-competitive regulations, cheap money from the Fed, and the cozy relationship between the big banks and Washington have allowed the financial sector to prosper not because of capitalism, but despite it.

To liberals, this sounds ridiculous. After 30 years of lower taxes, freer trade, weaker unions, and a general trend toward deregulation, the idea that growing inequality and Wall Street’s exceptional success somehow defy the natural tendencies of capitalism is an astonishing exercise in wishful thinking. The forces of the free market alone may not explain these trends, but they seem hardly at odds.

Increasingly, the Occupy Wall Street movement has been faulted for not taking explicit sides in this dispute, but like Buckley in his column, the aim of their protests is not policy prescription, but moral persuasion. When your house is on fire, you don’t stand around wondering whether faulty wiring or an arsonist is to blame. You raise a hue and cry until your neighbors fill the street.