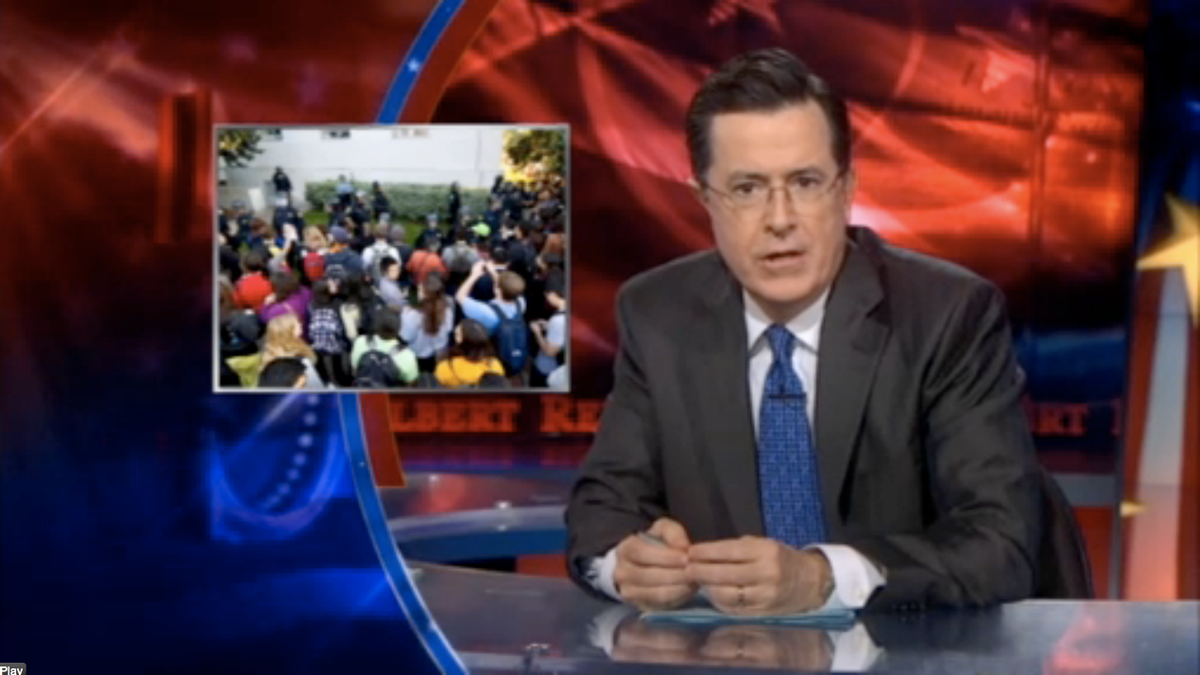 Police at the University of California, Berkeley, were caught on camera Wednesday striking protesters with their batons during what had been theretofore been a peaceful standoff -- an act of aggression that struck many as unnecessary and unacceptable. However, as Stephen Colbert pointed out on his show last night, you might not have known all that from reading some of the news reports of the incident. While Salon's Justin Elliott described the moment as one of the "most extreme incidents of police violence during the Occupy movement," others painted a significantly tamer picture of events. The Associated Press, for example, inaccurately described the officers' use of batons as "nudging."

Colbert, for his part, had a different take on the matter: "When they said Berkeley is 'crunchy,' I didn't realize they meant the students' rib cages"