Nuclear Iran wouldn't be the end of the world

Judged by deeds not words, the Islamic republic is cautious, and nukes wouldn't change that 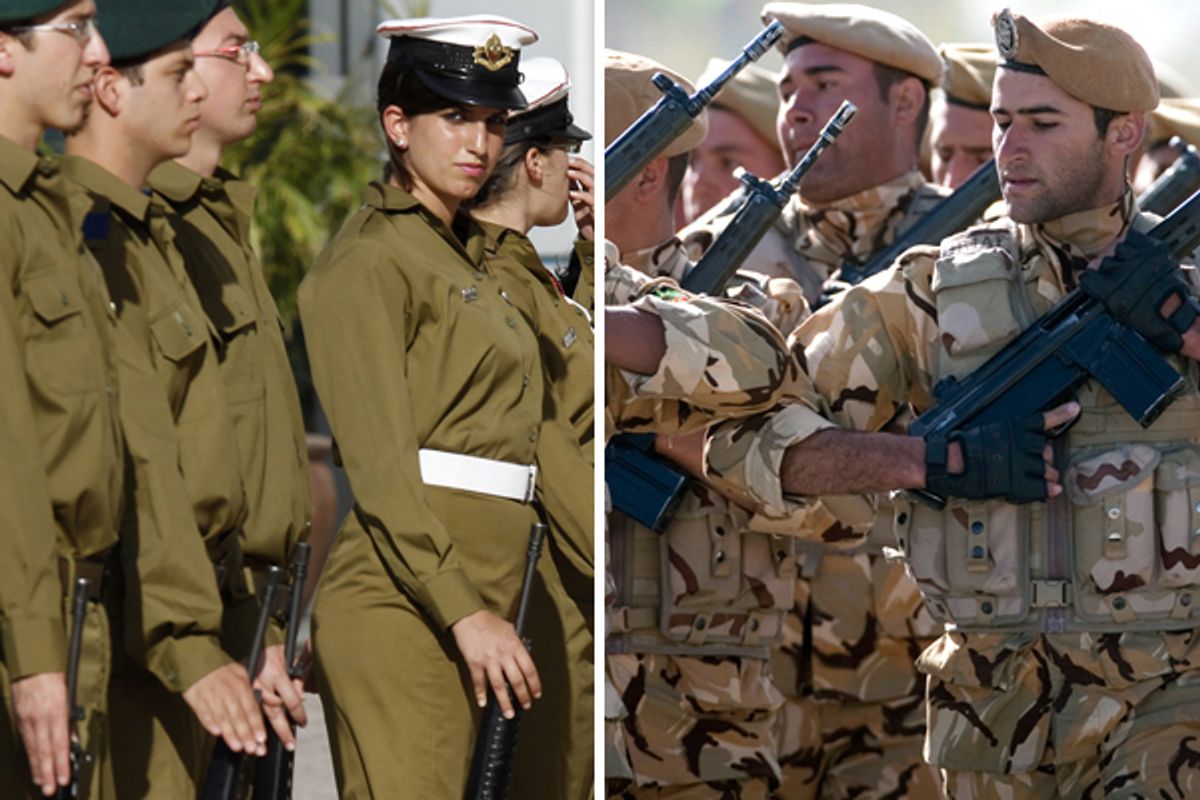 United Nations inspectors released new documents on Tuesday containing what is supposed to be a bombshell. “Iran has carried out activities relevant to the development of a nuclear device,” according to the International Atomic Energy Agency. The report is the most damning the agency has ever issued.

Unsurprisingly, hawks have jumped on the news to argue that America needs to attack Iran. “If we are in a position where Iran is close to getting a nuclear weapon, then action needs to be taken,” declared Republican presidential hopeful Rick Santorum. “A nuclear Iran poses a challenge to U.S. influence that cannot be tolerated,” argued Commentary magazine’s Jonathan Tobin. Liberals and leftists, by contrast, claim the report is not as harsh as what is being reported. The report will “not likely” contain a “smoking gun,” wrote Robert Dreyfuss of the Nation.

Dreyfuss is right that the report doesn’t contain unequivocal evidence that Iran has an active nuclear weapons program -- but so what? If an Iranian nuke was not containable and a major threat to the United States, then America would be justified in destroying the program before it was fully realized. But it is neither. And it is unwise to overlook those points in favor of obsessively following the daily shifts of Iranian nuclear progress like traders scouring the Dow Jones. History and strategic logic say that a nuclear Iran would not represent a major threat to the U.S. or its allies.

The logic of Mutually Assured Destruction holds that a country with nuclear weapons will not attack another nuclear-armed country because it will itself face retaliation in the form of nuclear destruction. Destroying the enemy becomes a way of destroying oneself. MAD, as the policy came to be known during the Cold War, is unsettling but has proved 100 percent effective in preventing war between nuclear-armed states.

Iran is unique, argue the hawks of Washington and Tel Aviv. Unlike with every other country with nuclear weapons that has preceded it, this form of deterrence will not work with Iran, they say. The Iranian regime is distinguished by the radical Islamist ideology of its leaders, who believe death in the service of Allah is desirable. As a result, it is unlikely that “deterrence can be successful with religious extremists who regard life and death differently,” argued Clifford May, president of the Foundation for the Defense of Democracies. For all the horrors of nuclear menaces from previous eras like the Soviet Union and Mao’s China, hawks claim, they were atheists committed to sustaining life on earth and hence subject to rational deterrence.

Objections to this argument are twofold. First, there is no indication the Iranian regime is committed to martyrdom at all. Consider its actions, not its words. Iran promised repeatedly that it would destroy Iraq in the 1980-1988 Iran-Iraq War -- and accept destruction itself -- rather than accept a cease-fire or end hostilities. It even used human waves to clear minefields and declared the war a sacred jihad, promising to resist until victory. Nonetheless, in 1988 Iran sued for peace and accepted a compromised end to the war that left the country in no more of a favorable position than when the war began.

Moreover, the Islamic regime in Iran has not invaded a single other country, instead relying only on the low-risk strategy of supporting proxy groups like Hezbollah. According to the prizewinning book "Treacherous Alliance," by Iranian-born scholar Trita Parsi, Iran also had extensive dealings with its sworn opponent, Israel, throughout the 1980s. If the religious extremists who lead Iran are prepared to commit national suicide, they have never displayed it. Just the opposite, in fact. They have shown they prize survival above all else.

Second, singling out the Iranian regime as particularly unstable and untrustworthy romanticizes challenges from the past. Far from predictable, the Soviet Union and Chinese governments that developed the bomb were totalitarian, expansionist and far more threatening to the United States than Iran has ever been. The same hawks who claim Iran cannot be trusted are ideological descendants (sometimes literal descendants) of the individuals who wrongly argued that the Soviets were gaining strength on America in the 1970s and were determined to destroy it.

Soviet leader Nikita Khrushchev’s infamous warning to the Western world that “we will bury you” was far more threatening to America than anything that Iran, with its third-rate military and economy, could ever do. Similarly, Mao Zedong, who developed China’s nuclear capabilities, was every bit as aggressive with his rhetoric as the Iranians are: "Let us imagine how many people would die if war breaks out. There are 2.7 billion people in the world, and a third could be lost. If it is a little higher it could be half ... I say that if the worst came to the worst and one-half dies, there will still be one-half left, but imperialism would be razed to the ground and the whole world would become socialist. After a few years there would be 2.7 billion people again,” he said. And China, unlike present-day Iran, was a country with a huge military capacity and had matched Americans directly on the battlefield, on the Korean peninsula.

In retrospect, it is clear that nuclear weapons actually moderated China’s sabre-rattling, but that was hardly obvious at the time. Released documents showed that John F. Kennedy's administration very seriously contemplated a strike on China’s nuclear program, as did previous administrations with the Soviets. The worst fears of hawks that China and the Soviets would deploy their nukes against the United States or its allies never materialized. And had America struck either China or the Soviet Union, the result would have been unmitigated, unnecessary disaster. The same is true of Iran today.

None of this is to say that an Iran armed with a nuclear weapon is a positive development. It isn’t. Nuclear proliferation in any region is problematic; in the chaos-ridden Middle East, it is simply dangerous. But it is a danger the United States and the rest of the world can live with. What America cannot afford is another unnecessary, poorly considered attack on a Muslim country in the heart of the Middle East. If only we had a reliable deterrent to prevent against that.