The one indisputable triumph of Occupy Wall Street

And the million-dollar question: How vital are the actual protests now to the prominence of OWS issues? 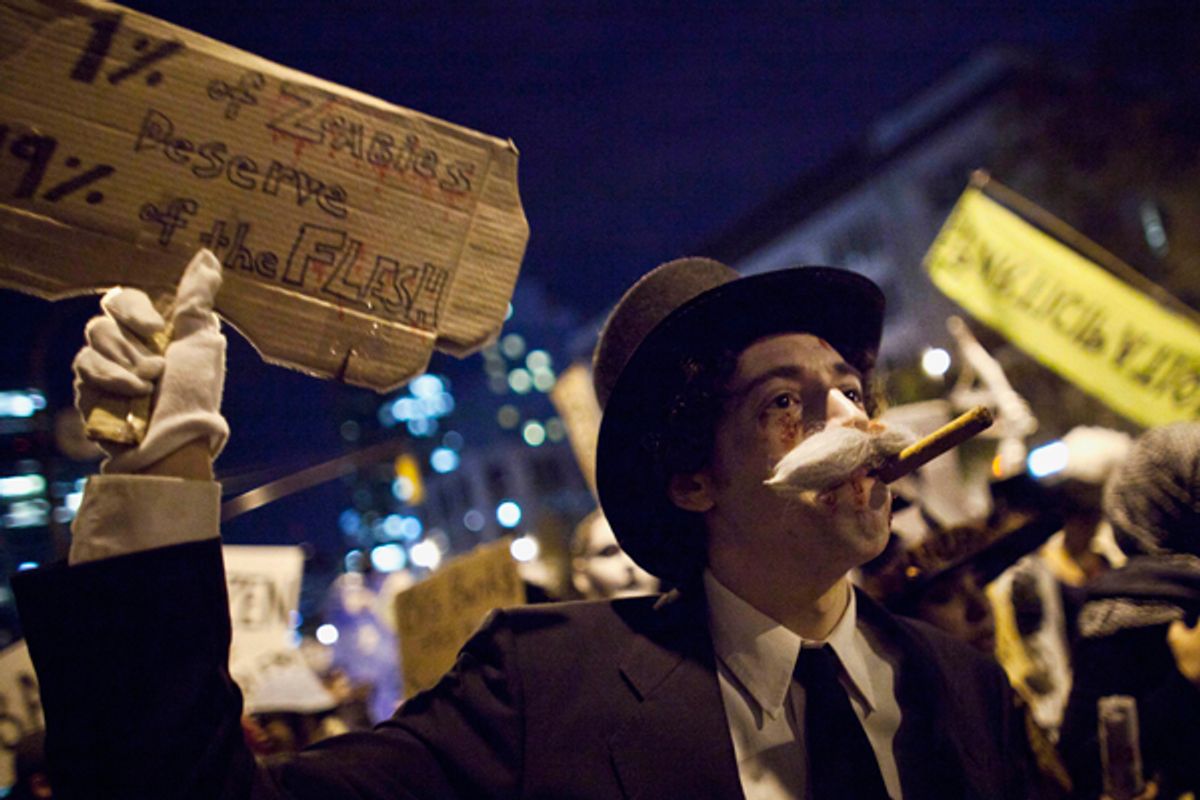 This sounds right, and it speaks to something I wrote about last week: Before the past few months, the national political dialogue seemed dominated by spending cuts and deficit reduction -- not job creation, not tax fairness, and not the general shrinking of the middle class. OWS is not the only major development that has brought these issues to the fore -- President Obama's push for jobs legislation and a millionaires' surtax has certainly played a major role, Elizabeth Warren's viral video didn't hurt -- but the conversation does seem much different now than it did over the summer. This is an obvious victory for OWS.

It also raises a question: How necessary is the continuation of the physical protests to the continued prominence of the issues surrounding income inequality? There's some urgency to the question, because as I wrote last week, conservatives do seem to be making progress in turning swing voters against the demonstrations, playing up reports of violence, mayhem and lawlessness. At the same time, the issues that are most identified with OWS continue to poll quite well. And now, thanks in part to OWS, they're actually being discussed and are poised to feature prominently in the 2012 race.

The risk here is that lingering protests, with their inevitable clashes with police and civic leaders, will give the right an easy way to distract from the discussion of these issues in the months ahead. Then again, it's also possible that the national conversation will regress without the daily, physical reminder that the occupiers represent.