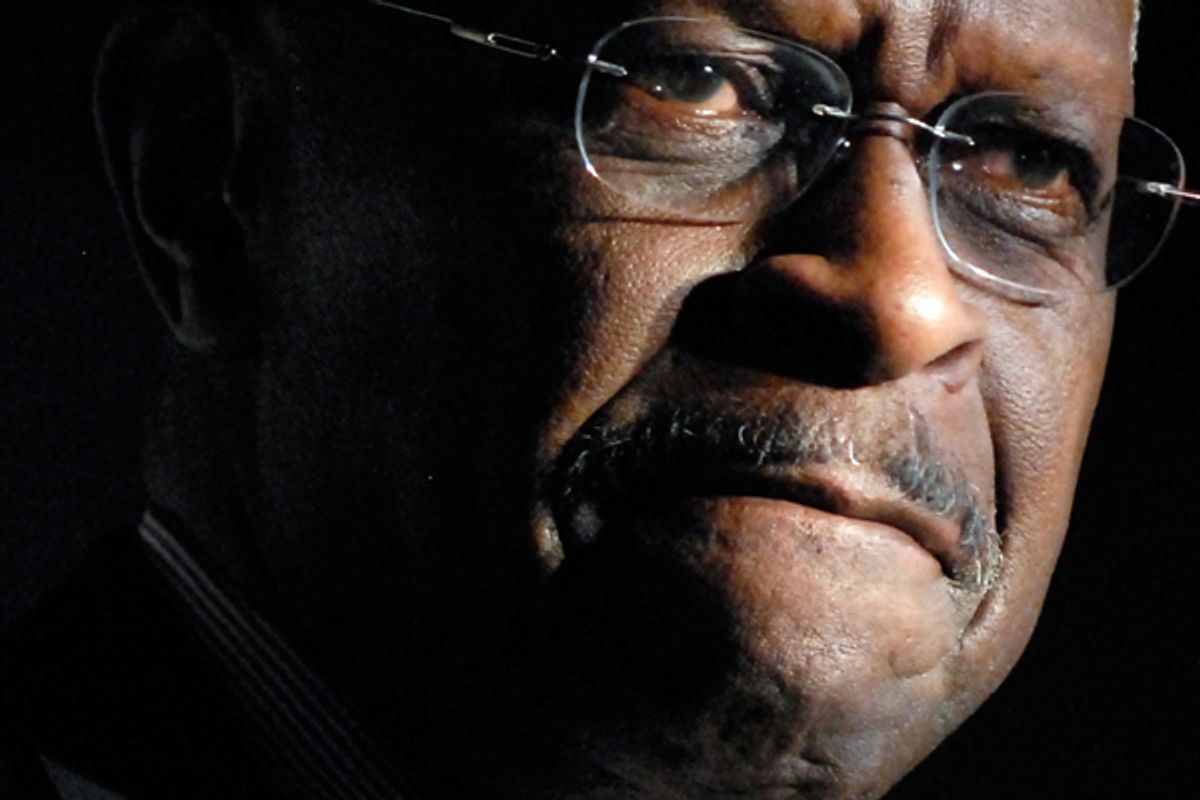 I'm not surprised that right-wingers are trying to smear the women who've come forward to charge Herman Cain with sexual harassment. This is what they do. Remember Graeme Frost, the 12 year old boy who spoke out on behalf of the Child Health Insurance Program in 2007 and wound up under attack by Rush Limbaugh and Michelle Malkin for faking hardship to get government help? Or Ty'Sheoma Bethea, the young South Carolina girl who asked President Obama for funds to rebuild her crumbling school and got trashed by the Washington Times for grubbing for federal handouts? In fact, remember Anita Hill?

Now Herman Cain and his supporters are trashing Cain's accusers, with a Web site devoted to "debunking" their claims, CainTruth. But Friday they hit a new low. Cain Truth now features as its top story a charge that's been making the rounds on the right via Glenn Beck and Mark Levin: that Sharon Bialek, the Chicago woman who claims Cain groped her when she asked him for help finding a job, has an unsavory sexual past of her own.

Apparently CBS's Bill Kurtis, who should be ashamed of himself, went on Chicago's WLS Monday and smeared Bialek, who had worked for a CBS Chicago radio affiliate in 2006 and 2007. From what Kurtis heard "on the elevator" at work, Bialek had a "track record" and a "history." While he wouldn't specify what this history involved, Kurtis shared this tidbit: "Let’s put Herman or Sharon in the car and say their roles may even have been reversed, given her track record here." Having already trashed Bialek's attorney Gloria Allred, Kurtis added, "I really haven't confirmed it, and I don't want Gloria to come after me." But he confided that after the story broke, he wanted to call the Cain campaign and advise them "don't do anything rash."

Got it? Bialek has already been trashed for going from job to job, and for financial troubles. Now we're supposed to believe she's some kind of sexual predator, maybe even a sexual harasser, based on "elevator" talk at CBS in Chicago.  I'd like to call Bill Kurtis and advise him: Apologize. Now. Whatever you heard in the elevator at work, you smeared this woman without any evidence. Apologize to Bialek, and to your audience for your admitted solicitude towards the Cain campaign.

Meanwhile, Cain himself showed his own classlessness when he joined a GOP audience in mocking Anita Hill. When someone in the crowd asked him something about Hill, Cain quipped: "Is she going to endorse me?" Watch the video, and catch the way the GOP crowd hoots and hollers at the mere mention of Hill's name. The fact is, while Hill was smeared, we later learned she was telling the truth about Clarence Thomas's sexual harassment. Cain will be sorry for his mockery; polls already show women voters turning against him. Even Republican women will grow weary of his efforts to turn the clock back to the days when men could humiliate their female employees with crude sexual conduct and get away with it every time. Now they only get away with it sometimes.

I don't know if Herman Cain harassed the women who say he did. But in the same week that the nation's been riveted by the sickening child-rape scandal at Penn State University, we've got more evidence about why victims of sexual assault and harassment don't come forward.