The branding of Occupy Wall Street 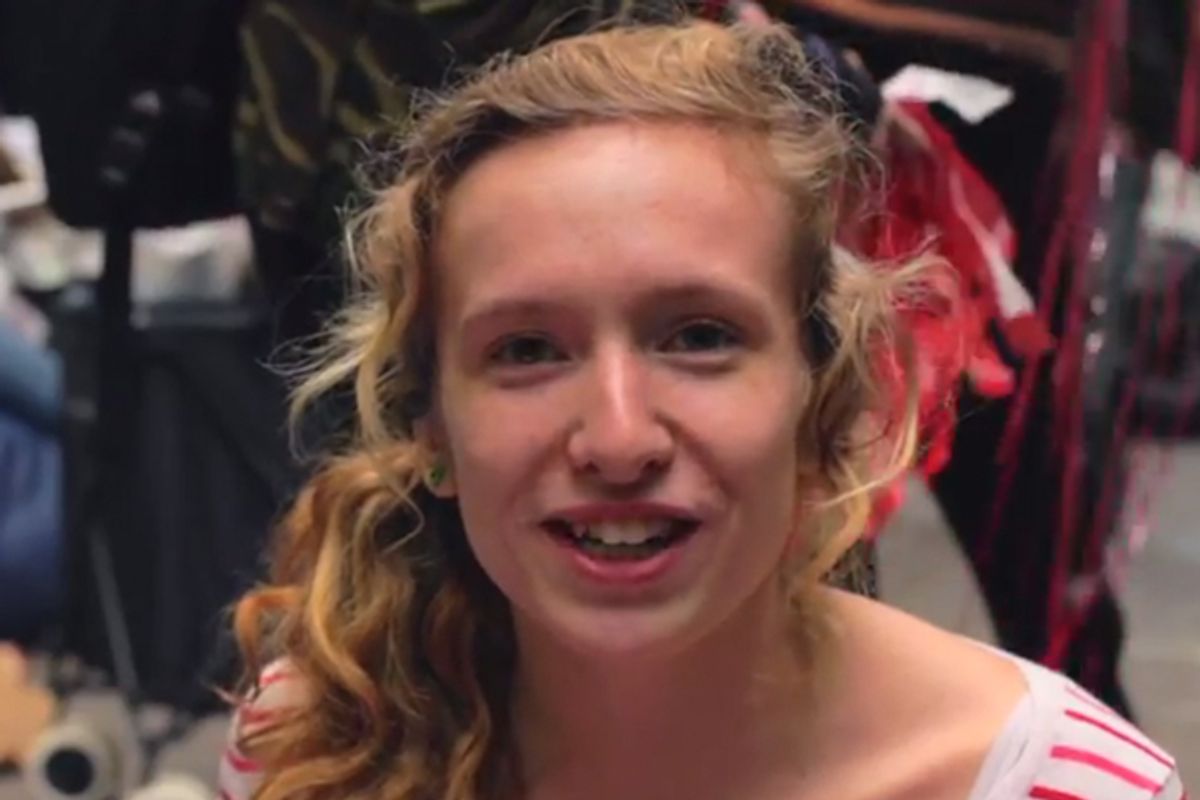 The airtime was paid for through a crowd-sourced funding service, which has raised about $13,000 so far. The ad was created by freelance director David Sauvage, who shot footage on location in Zuccotti Park during the early weeks of the protest. The spot even ran during the O'Reilly Factor on some cable providers one night last week, according to Sauvage.

The ad was not endorsed by the general assembly at Zuccotti Park, the official governing body for Occupy Wall Street in New York; rather, like much of the work around Occupy, it was created as an affinity project by a supporter of the movement.

Sauvage's bread and butter is corporate commercial work; ironically, his most recent project before the Occupy Wall Street ad was a commercial for the Wall Street Journal.

I sat down with Sauvage to talk about the creation of the ad and the continuing battle over the branding of the Occupy movement. His second and third Occupy ads are below. He is also planning a corporate spoof ad in partnership with some activists involved in Occupy Wall Street.

You typically work with corporate clients. How did you approach the Occupy Wall Street ads differently given that there was no client in the traditional sense?

I approached it the way I would approach ideally any spot. I tried to figure what was at the heart of what is going on. I tried to figure out what they wanted; I looked at Occupy Wall Street as my client, which was interesting because there is no one person who speaks for it. I wanted to make something that was both true to them but that was also palatable to a wide audience. Those were the two constraints I was operating under.

How did those two constraints shape the ads you produced?

In terms of being true to Occupy Wall Street, it was important for me to capture the diversity of views at Zuccotti Park. The movement has been constantly criticized for not knowing what it wants. I think that that criticism is a reaction to an actual strength of the movement: People want different things, and that's something to celebrate, rather than criticize. I thought it would be a big mistake to say in the ad, "This is what Occupy Wall Street is about." Because no matter what message I came up with, it would have alienated a third or two-thirds of the people there. It was a matter of having the balls to say, "I can do something that speaks for the movement," and the humility to say, "I'm going to embrace the diversity of views that makes up the movement."

In terms of making an ad that's palatable, that's casting and editing. I specifically picked people out who I felt audiences could easily relate to. People with tattoos on their faces or really shaggy hair, I tended to leave out; people who looked more presentable I tended to put it. If they looked "threatening" or "hippyish" -- from the perspective of an ignoramus, I mean -- then it was doubly important for me to make sure they were crystal clear in their thinking, so that we could undermine the stereotypes. I wanted the audience to think, "Oh, that is somebody I know." I wanted to prevent the audience from being able to "other" the protesters.

How did the actual production in the park work?

I had each of the people I talked to say what they wanted many times over into the camera, and I had them do variations on it. It was very much directed. I never put words in their mouth, but I definitely worked with them so they presented what they wanted in as powerful a way as possible. I had multiple takes of many more people that I ended up not using. I interviewed probably 30 people, and eight made it into the final spot; those eight had probably five takes each.

When you were creating these ads, were you aware of the alternate right-wing narrative of the park as a place populated by freaks and freeloaders?

Yes, it was very much in my mind. There are very unfriendly media outlets doing their damnedest to highlight the most unpleasant parts of what's going on, or to invent those things. And that didn't gel with my experience down there, so I was very much seeking to counter that narrative. More importantly, I just wanted to get at what I felt was fundamentally true about the movement -- and that in itself would counter the narrative most effectively. A lot of people have pitched me the idea of doing an ad that would show what Bill O'Reilly says about the protesters and then show actual protesters. I think that's a little too conceptual for my taste. I don't try to make points in my best work, I try to hit people in the gut.

Talk about how the Occupy Poetry and Occupy Streets ads came about:

I was at Occupy D.C. and brought my crew with me, and I saw this guy radiating a certain kind of charisma. He turned out to be a poet. So I filmed him doing his Occupy poem; the cinematographer Eric Branco did an incredible job of framing him just right.

The Streets piece was filmed on the morning after the city had been planning to evict the protesters from Zuccotti Park. At the last minute the city decided not to evict; it was, of course, enormously dumb of Bloomberg to wait until the last second to tell 500 of the most militant occupiers that they had won. The occupiers took to the streets and the NYPD sent mopeds straight into the crowd. The ad shows one of those scenes where the mopeds just mercilessly charge into a throng of people. The protesters stood their ground and flashed peace signs. I thought it was both aggressive and inspiring on the side of the protesters. This is not like the poet piece or the "I want" piece; it's not sweet or loving.

In fact, in the LoudSauce campaign that we've launched to raise money to buy airtime, we've gotten a lot of pushback on the Streets piece. Some people have said they don't want to put their money behind that ad because they think it's not going to present the movement in the best way. Myself, I'm torn. I do think there's something to be said for telling those people who are never going to agree with the message of Occupy Wall Street that we're not budging. To show resolve in itself is a powerful message.