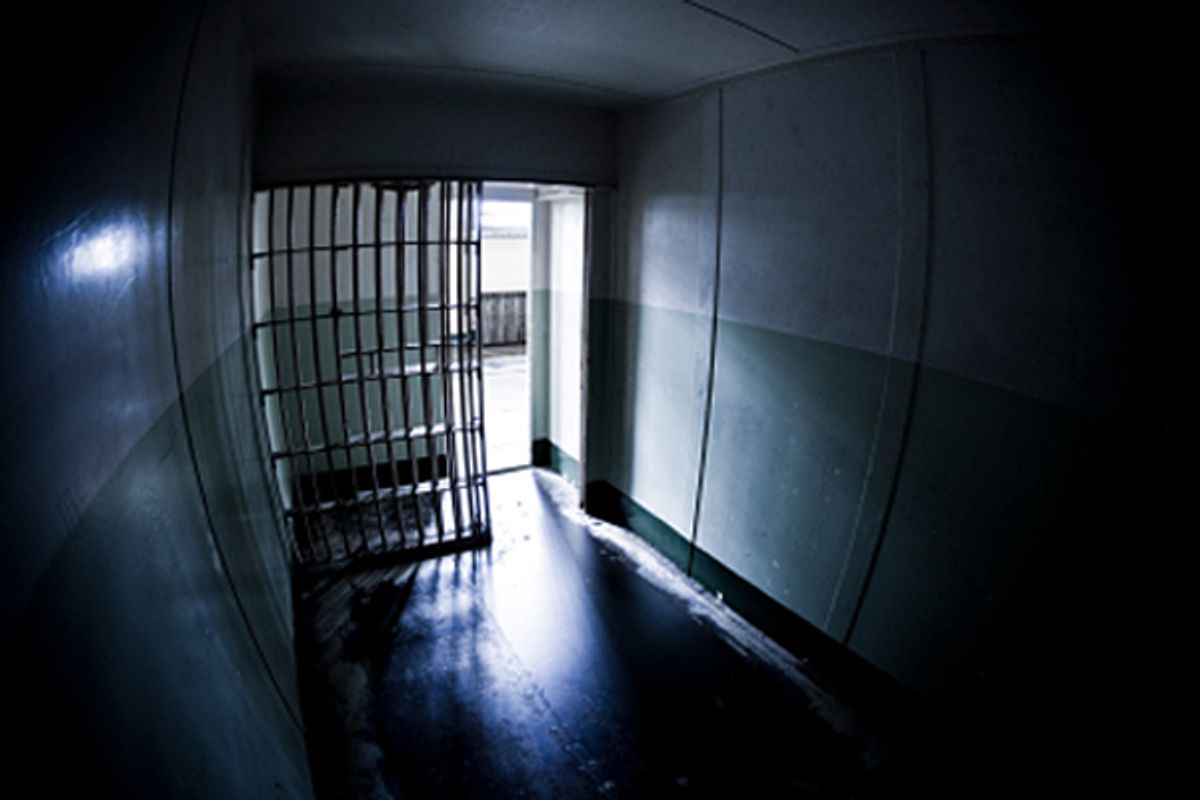 The alleged Penn State sex abuse scandal may provide a powerful lesson about institutional corruption -- but it's also a good time for some self-examination. The general consensus among experts who treat sex offenders is that America has taken the wrong approach to dealing with child molesters. In fact, some say that we're only making the problem worse.

Just last week, the Association for the Treatment of Sexual Abuse conference in Canada surveyed the latest research in the field. The narrative that emerged from the meeting is that we should place a stronger emphasis on something proved to actually reduce the recidivism rate: treatment. The potential for bias here is apparent -- it's like incarceration experts highlighting the importance of incarceration -- but studies show that treatment, particularly group approaches, can be highly effective. (Although, as a 2009 report put it, "Despite these advances we, as a field, continue to fall well short of the community's expectation of 'no more victims.'")

Some experts, like clinical psychologist James Cantor, also take aim at the ways that we've made it more difficult for offenders to be rehabilitated and successfully re-enter society. We've also made it harder for offenders to voluntarily seek treatment. Cantor, a professor at the University of Toronto and editor in chief of the scientific journal "Sexual Abuse," says we have a troublingly distorted view of where the greatest threat of abuse comes from -- it isn't from shadowy strangers, but from within children's own homes.

I talked with Cantor, a bitingly funny, fast-talking 45-year-old, by phone about how intervention in the Penn State case might have changed things, why Canada's sex offender laws have it right and how brain mapping might allow us to prevent pedophilia, period.

This week, the Penn State case is getting a lot of attention. How might earlier intervention have changed things in a case like that?

For a lot of people, when they're first confronted with how grossly inappropriate their behavior was, it's almost like a slap of reality. Many grow up being kind of aware that they're sexually attracted to children, but over time -- because that's where all of their psycho-social energy is pointed -- they talk themselves out of the harm they could do to children. They talk themselves into believing that the rest of society underplays the amount of sexually based love that children have; they talk themselves into believing that there's more equality in the relationship than there really is. It's often only when they're caught that they snap out of that, realize what they're doing and often come willingly into treatment saying, "I really can't do this on my own, I need help."

If a pedophiles identifies having these desires and actually wants to prevent acting on them, can they just turn themselves in for treatment?

People used to come to clinics that I worked in -- maybe not all the time, but also not infrequently -- and say, "Doc, I got a problem." But one of the early laws that was passed during the pedophilia hysteria of the 1980s was mandatory reporting. Before those days, if somebody came in seeking help, you could start therapy with them -- but now, if there's a kid in that guy's environment anywhere, psychologists, psychiatrists and the rest of us are required to report that person. Of course, the thinking at the time was, "We have to catch the person to save the children," but what really happens is it just stops people from seeking help in the first place. So instead of having people asking for help and getting it, we still have these people in the community -- but they have no help whatsoever.

So, how effective is treatment in general?

There is a great variety in how much risk individuals pose. The predominant form of therapy is group therapy where we have many people in similar situations, and they can recognize in each other when they're starting to fool themselves again and they hold each other accountable. On the other end of the spectrum, there are those who are psychopathic or have genuine anti-social personality disorder. They behave almost as if the part of the brain that handles empathy is damaged. These folks are the most dangerous and the least amenable to treatment.

The problem is that we try to make sex offender management one size fits all. A lot of laws require one blanket decision, rather than trying to allocate the most treatment to the people who need it the most. For example, very long incarceration is very expensive. Rather than creating a very long mandatory minimum sentence, which applies a most expensive technique to everybody, we should be saving that for the people that are least amenable to treatment and are at greatest risk of committing a new offense, and we should apply more treatment and supervision resources to everybody else.

It sounds like that's the conclusion that came out of the recent Association for the Treatment of Sexual Abuse conference.

That issue probably more than any other is finally getting more airtime. Being up here in Canada brought the issue to greater light because it was an opportunity to compare the American system with the Canadian system, and to acknowledge that the latter is almost unanimously considered the more appropriate and more efficient way to go.

What does the Canadian system have so right?

The largest difference is that Canadian systems are much more consistent with what we know scientifically and epidemiologically about how forensic systems and criminology work. For example, it's been very well determined that longer and longer and longer sentences don't actually decrease crime rates. However, a common response in many different jurisdictions in the U.S. has been to increase and increase and increase the sentence length, even though we know that doesn't help.

Another example is residency restrictions. There's no evidence that preventing people from returning to whatever neighborhoods they came from actually works, and there's some evidence that indirectly suggests that might actually make the problem worse. Essentially, these are communities that are trying to kick out every sex offender and to make the living situation so intolerable that the sex offender leaves. Well, "leaves" really just means "goes to another community" -- and then another community, until finally the offender, who's already served their time and been released after treatment, is driven underground and nobody can supervise them. So instead of having a person that the police know about and that the parole officers can check up on, we have people who we can't supervise at all.

When we talk about shifting the emphasis to treatment, what does that look like in terms of actual sentencing and length of incarceration?

The literature is complicated, but going through the system appears to be the major effect. Jail doesn't seem to have a  deterrent effect at all -- of course, jail isn't meant only to be a deterrent, it's often meant to be pure punishment, retribution. But as a method for actually preventing future offenses, there is very little data suggesting that it's effective. Instead, people appear to commit sexual offenses when they feel like they have nothing else to lose. These are generally people who know that they're sexually attracted to children and society, of course, is asking for them to live a completely abstinent life. But when they come to feel that they've been excluded from communities, banned from their own families, they can't get a job, they can't get a place to live, we create a situation where they have nothing left to lose.

It isn't a matter of, "We need 50 percent punishment and 50 percent treatment." What we need is an overall response for in what types of cases do we need to engage in what kinds of interventions.

Do we know anything about how public registries affect offenders' rehabilitation?

Essentially, they prevent the reintegration. There have been a series of follow-up studies that show that having open registries also fails to decrease recidivism. They also, as a side effect, create very, very difficult situations for the victim's families. People often envision strangers who pull a kid from a park or a school playground, because of course that's what appears in the media the most. But the predominant types of offenses actually happen within families. It's often a step-parent and a step-child or an older sibling and a younger sibling. A side effect of having the registry public is that it actually makes public the entire family. So rather than the family being able to move past, heal, do whatever it needs, some of them feel victimized once again.

Moreover, if a parent discovers that one of their children is abusing one of their younger children, when there are very long sentences and very public labeling, it's going to make parents think twice about calling the police and asking for help. So, though I more than appreciate the gut reaction that the public has, it's very rarely the most scientifically sound reaction. This is one of those situations where we need to swallow our emotions and do our best to think rationally. It's not just that the irrational arguments have no effect and are costing money, it's that they're also making the problem worse.

One criticism of the push to emphasize treatment is that the research is based on convictions rather than actually offenses, and that that distorts the actual, real world rate of repeat abuse. Is that a legitimate concern?

It’s a legitimate concern, in theory. We don't know to what extent it's true, because we're talking about, by definition, offenses that we don't know about. But it would be a mistake to say that everything we know based on the apprehended offenders is wrong, because very often we're comparing a group that did go through treatment to a group that didn't go through treatment. The idea that we're not learning about all future offense is true, but that holds true for both groups. So it cancels out as a difference between the groups. There's no reason to think one of these groups would be more underestimated than the other.

Is it true that thanks to brain mapping we might be able to one day identify pedophiles before they offend?

Yes and no. We're quickly getting to the point technologically when that might be possible, but when we think about how we might apply that technology, we run into familiar problems. We can't force a person into a brain scan any more than we can force them into psychological screening.

My greatest hope is that it tells us when in development pedophilia starts. So far, it suggests that whatever the chain of events, it starts before birth. If we can identify what happened and when it happens, then we might be able to prevent pedophilia from developing at all. It could be something like stress on the mother, some congenital factor, so my greatest hope is primary prevention.