Klout is bad for your soul

The social media tool is being taken up as an actual measure of value and influence. And we should be wary 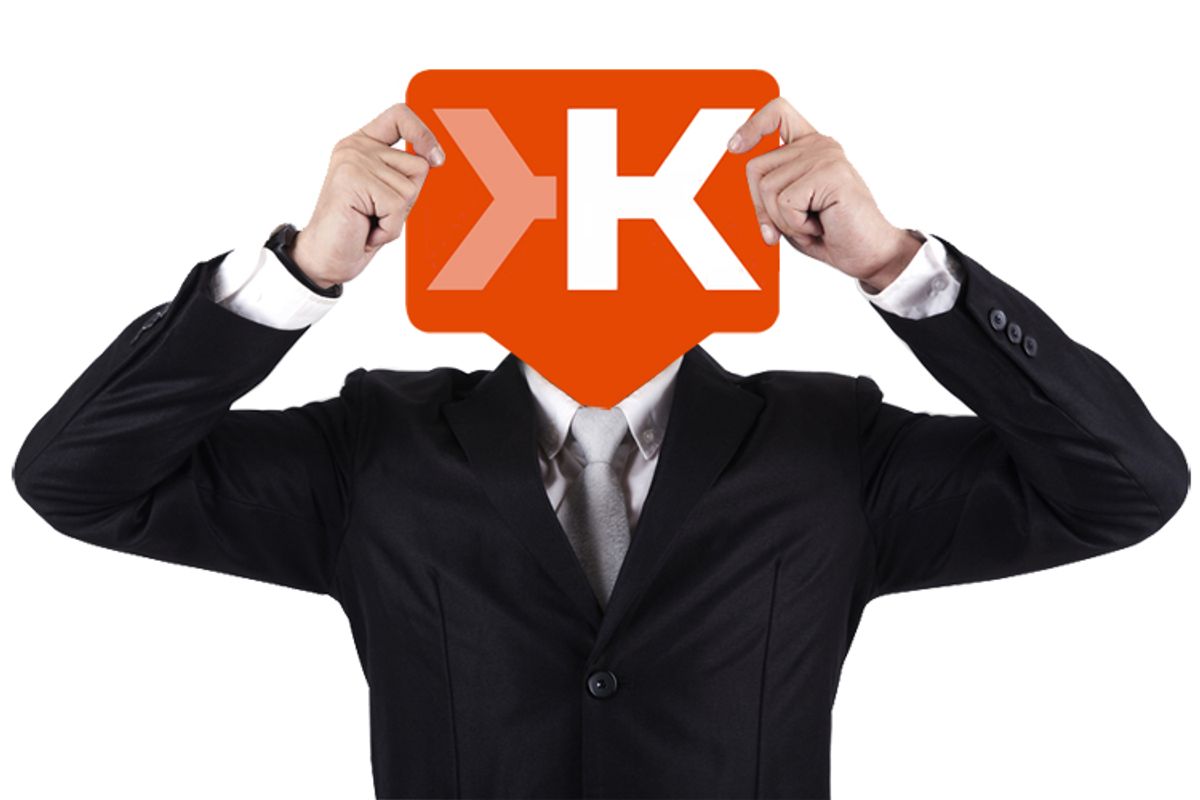 Are you your metrics? (Realinemedia via Shutterstock)
--

You've heard of Twitter. Twitter is the contemporary canary in the coal mine of world events. A coup? An outrage? A celebrity death? Twitter gets the news out fastest, even mourning the loss of leading figures before they themselves hear they're dead (sorry about that, Gordon Lightfoot).

You may not have heard of Klout -- not yet.

But that doesn't matter. If you're on Twitter, or even Facebook, Klout has heard of you. And Klout has ranked you, with a single tidy number meant to sum up your influence and engagement in the social media sphere. Klout.com is a social media analytics company based in San Francisco. Three years ago, it began ranking Twitter users according to the splash their links and witty repartee made among their followers. Since then, it's grown to include activity across social media platforms, and has established itself as a major arbiter of influence in social media circles. Klout, in effect, has clout.

Late last month, Klout altered its ranking algorithm. The Twitter canaries promptly launched into alarm mode, with much wailing and gnashing of teeth. An #OccupyKlout movement even sprang up on Twitter.

Klout defines influence as “the ability to drive action.” It claims to measure influence across social media platforms: it collects data on users’ engagement on Twitter, Facebook, G+, Flickr, etc., and collates them. You go up if you’re doing well, down if you’re losing influence. Or, say, if you spent a whole day offline. Merciful heavens.

If you’ve been in the habit of checking your Klout, you likely saw a change in your score last month. If you had Klout anywhere above, oh, 55 or so, you may have seen a drop. The system ranks out of an ostensible 100, but it grades on what my undergraduate professors affectionately called "the British system": Basically, nobody except a superstar gets higher than 75. Justin Bieber, King of Klout, hovers close to 100. Ellen DeGeneres, that teacher's pet, has an 87. Poor Jon Stewart only scores 73.

Klout had suggested before the shift that the majority of users would see their score stay the same or go down, but a straw poll of the canaries tweeting out sturm und drang on my Twitter feed on Oct. 27 suggests that the people clipped hardest by the new algorithm were the bigger fish in the non-celebrity seas, the ones who'd actually noticed they had Klout.

Talking about Klout scores to a non-Klout-using audience sounds a bit ridiculous. Mind you, so did talking about Twitter in 2007. In the academic presentations I give, mentioning Klout is akin to bragging about the high score I got in Super Mario Brothers back in 1993. Except that unlike Super Mario, Klout and its ilk -- the increasingly complex measurements of influence known as metrics -- are poised for real-world impact far beyond social media. Like Twitter.

Social media has involved metrics from the beginning: comments, Technorati rankings, numbers of Twitter followers. These have always been visible measures of how big a fish one might be in the social media pond.

When Klout emerged, however, in 2008, it was something new. It was one of the first tools to measure both reach -- how many people you influence -- and scale -- how much you influence them. Klout's algorithms also take into account the influence of those you influence. Meaning, on the surface, if you engage with leaders in your community or little corner of the Internet, you yourself are more likely to exert leadership influence.

Klout has been embraced as an objective third-party tool for business to tell which self-promoting social media gurus actually have the know-how and influence they claim they have. Thus, even though many of us may not even be aware we have Klout, it's already driving hiring in social media spheres. Its algorithm is being taken up as a factual assessment.

1. Social media has leaked beyond the boundaries of online interaction.

In truth, social media was never contained by the bits and bytes of computers. From the beginning, social media's social-ness meant that it linked people in ways that stretched far beyond the boundaries of their digital lives. But as people's Twitter and Facebook and blog identities become more and more central, integrated parts of their everyday living, and more and more people use these platforms, the actions and practices valued and reinforced online begin to bleed out into the larger society. Once a practice becomes normalized in one dominant environment of one's life, it's human nature to carry it over into others.

Social media is becoming a powerful force in society like the education system, or the corporate world. Social media has a profound influence on the daily practices of a majority of members of our global culture. As of July 2011, Facebook had 750 million users, a number far exceeding the population of most countries on the planet.

And as social media practices shift from their open source, peer-to-peer connection origins to an emphasis on summative rankings and metrics, we need to pay attention.

2. Because we’re being influenced by our own “influence.”

Klout isn't only measuring us, it’s assessing us. It’s designed on behaviorist principles, with rewards and virtual pats on the head when we -- ratlike, often not entirely sure what we did to warrant the praise -- succeed on the terms its algorithm values, and framing losses in score with banners that proclaim, “Oh no! Your  Klout has fallen -1 in the past 2 days!”

We are highly conditionable beings. Klout is conditioning us to care about Klout, and to value ourselves -- in the identity economy of social media -- in terms of it. It works to devalue the nature of many social media communities, particularly those whose networks and relationships aren’t based entirely in use value.

In the new Klout, I now get notices along the bottom of my screen about which of my contacts  have gone down in score recently: in case I want to dump them, I assume, like dead weight. Bye, Mom! Farewell, shy cousin Ernie! Adios, infrequent Twitter user! It’s all business.

Social media wasn’t intended to be all business, especially business as usual. Social media is relational: Part of its phenomenal success is that it's enabled people to connect on terms far beyond those of use-value networking.

But because Klout rewards use-value networking over other forms of engagement, it fosters an increasingly use-value environment. The peer-to-peer relationality of social media is undermined by the kind of behavior that cultivates status over relationships. Status is part of the game. But when it becomes the whole game, the broad, rhizomatic networks get boxed in and wither, and then we’re back to something a lot less interesting than social media. And like the new Google Reader, a lot less social.

Yes, there is a pattern here. We are gradually being directed away from sociality and toward businesslike behaviors by the business interests that design and profit from the platforms we use.

Social media, which was once a bit of a rogue blowing smoke at the establishment, is being taken in hand and given a tie and a briefcase. We’re like the rebel who’s been told s/he got the highest mark on a class test: We suddenly don’t know what to do with ourselves.

The problem: The test was rigged. And will always be rigged.

3. We’re allowing a metric to do a human’s job.

I’m not saying Klout isn’t trying, in terms of assessing influence and engagement fairly. The problem is, it can’t.

Klout attempts to boil down complex social interactions into a single, absolute number.

Systems of standardization, which is essentially what Klout is, have a particular potent history of this kind of reductionism. Until the 19th century, education systems didn't use grades as we know them. As they became standardized within the broad societal push for public education, they became a shared language and currency for everyone enrolled in that system. You know what an A means, more or less. So does everybody else.

For over a hundred years, now, we've conditioned generations of kids to see themselves and their capacities in terms of these standardized letters: even though we KNOW that an A with sweet ol' Mr. Wilson is just plain easier to get than an A with IronFist Ives, the history teacher.

Rankings are useful as relative assessments: My score on Klout in relation to yours, or on Mr. Ives' history test this month as compared to last, can be indicative of meaningful change.

But my Klout score does not tell you -- and cannot tell you -- what kind of influence I have in my community, not really. Such scoring may be handy in a competitive neoliberal economy looking to quantify and compare abilities, but that doesn’t mean it’s actually valid.

On Babble.com, the day of the algorithm shift, Cecily Kellogg wrote, "Whether we love or hate Klout, the brands and agencies we work with utilize Klout scores to make determinations about our perceived value, so this is an issue important to us."

It should be an important issue to anyone using social media. Unless, of course, you believe in a world where Justin Bieber is actually the most influential human alive.

What Klout is good for is giving people a reflective surface on which to see their own social media activities and interactions, relative to themselves and the context of their communities. Klout is good for letting you know whether you're succeeding in your efforts to improve: It is not and cannot be a measure of success.

Klout is only valuable if one is embedded enough in the relational networks it claims to assess to know when to take it with a more than a  grain of salt. We need to stop handing over so much power to metrics. They have a place. But it’s their use-value we need to assess, not the other way around.

Bonnie Stewart is a Ph.D student at the University of Prince Edward Island, Canada, researching social media identity and education. She blogs ideas at http://theory.cribchronicles.com and creative non-fiction at http://cribchronicles.com.