According to a police report, the victim of a fatal shooting near Frank Ogawa Plaza had been staying in the camp 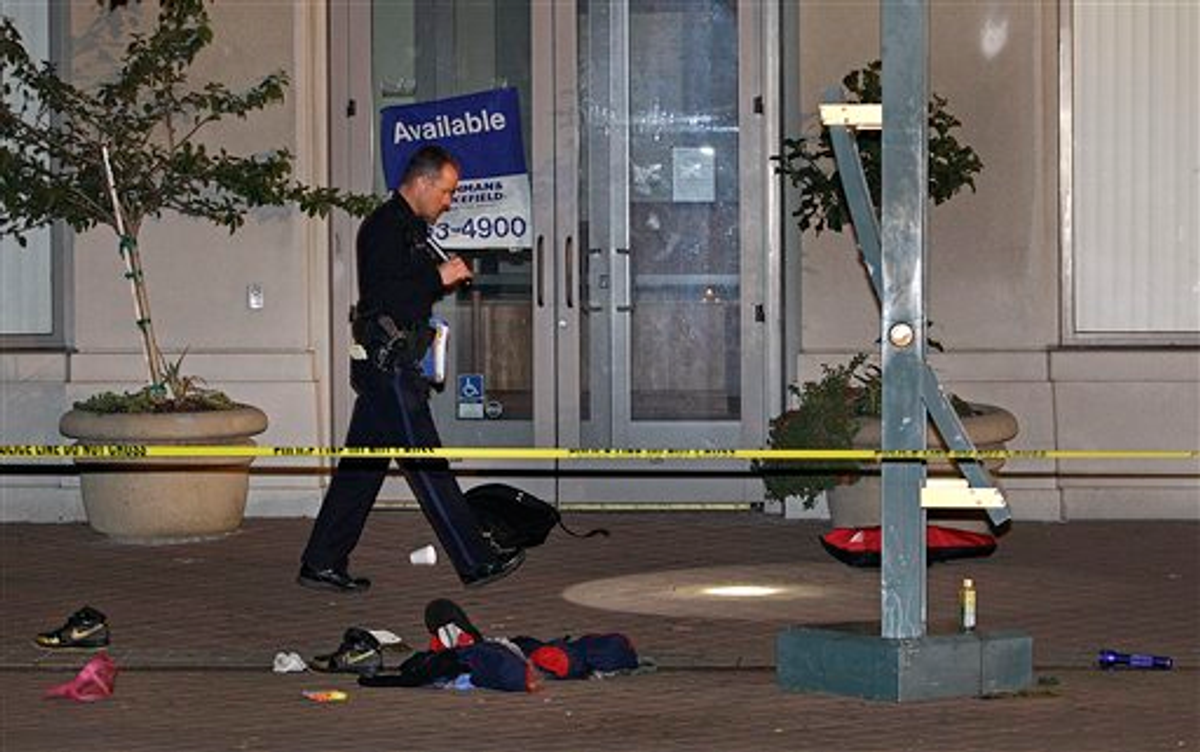 A police officer investigates the scene where a man was shot and killed Thursday, Nov. 10, 2011, in Oakland, Calif (AP Photo/Ben Margot)
--

SAN FRANCISCO -- Oakland police reported Sunday that the victim of a fatal shooting near the Occupy Oakland encampment on Thursday had been staying in the camp, as had one of the suspects in the crime, according to the Los Angeles Times.

The victim last Thursday's shooting was Kayode Ola Foster, 25, of Oakland, reported the San Francisco Chronicle. Foster's family told police he was staying in the Occupy Oakland encampment in the Frank Ogawa Plaza outside Oakland's City Hall. Witnesses said he was a frequent resident of the camp.

Police officials reportedly said the shooting was likely a result of a fight between two groups of men near the camp, according to the Washington Post.

Thursday's shooting near the OWS encampment prompted city leaders to call on the protesters to voluntarily leave the plaza, reported the San Jose Mercury News. This was the third eviction notice in as many days.

Meanwhile, friends of Scott Olsen, the Iraq veteran injured in a clash with police during the Occupy Oakland raid last month, confirmed he was released from the hospital on Sunday, according to The New York Times.

In a separate article, the San Francisco Chronicle reported that protesters were bracing themselves for the possibility of a police raid on the Occupy Oakland camp, following the third eviction notice. It added that Occupy Cal in neighboring Berkeley is planning two large demonstrations this week, including a walkout on Tuesday.