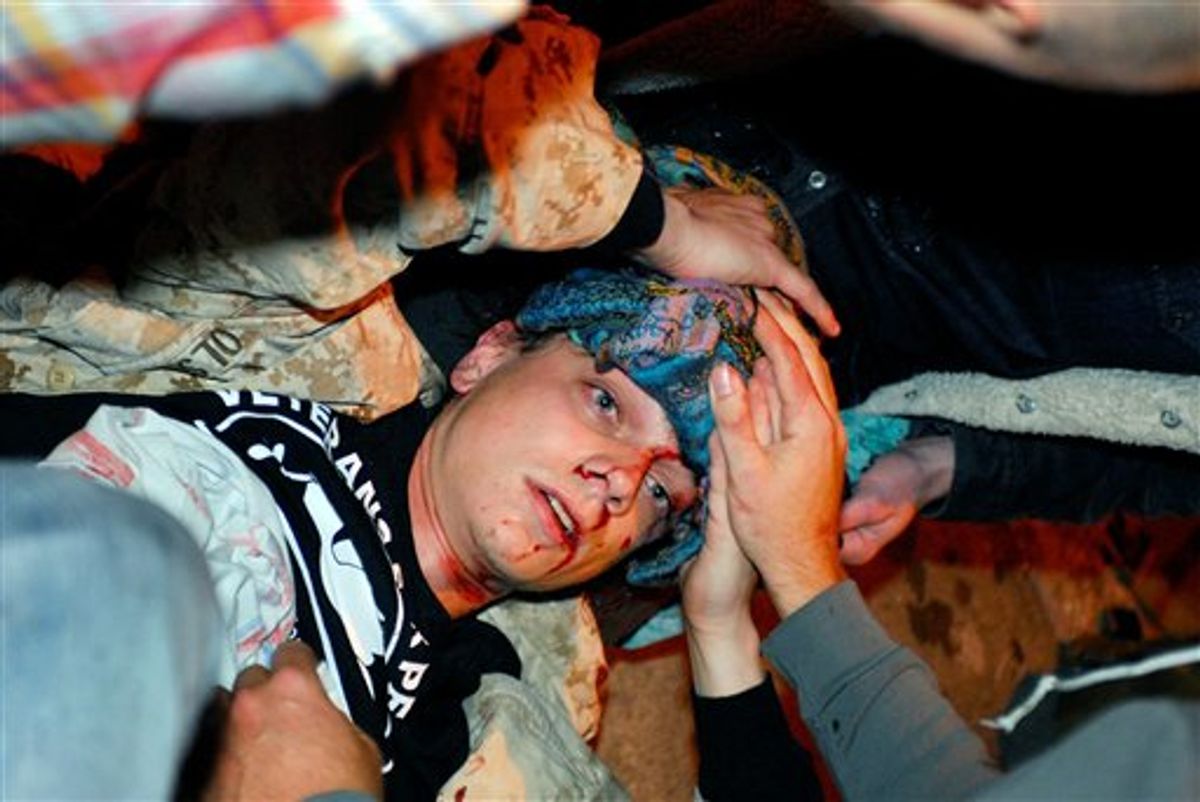 24-year-old Iraq War veteran Scott Olsen lays on the ground bleeding from a head wound after being struck by a by a projectile during an Occupy Wall Street protest in Oakland, Calif, last month. (AP/Jay Finneburgh)
--

OAKLAND, Calif. (AP) — In his first statement since being seriously injured during a clash between Oakland police and Occupy demonstrators, Scott Olsen says he is feeling a lot better.

Olsen's plight has become a rallying cry for the Occupy Wall Street movement, with shrines set up in his honor throughout the nation.

The 24-year-old Marine Corps veteran posted a statement on his Google+ account, which was verified by his roommate Keith Shannon.

Olsen, who was struck in the head on Oct. 25, said his speech is coming back but he has a lot of work to do with rehab. He was released from the hospital over the weekend.

Olsen told supporters they would hear more from him and he would see them soon in the streets.