Trump will endorse a candidate (in a month) 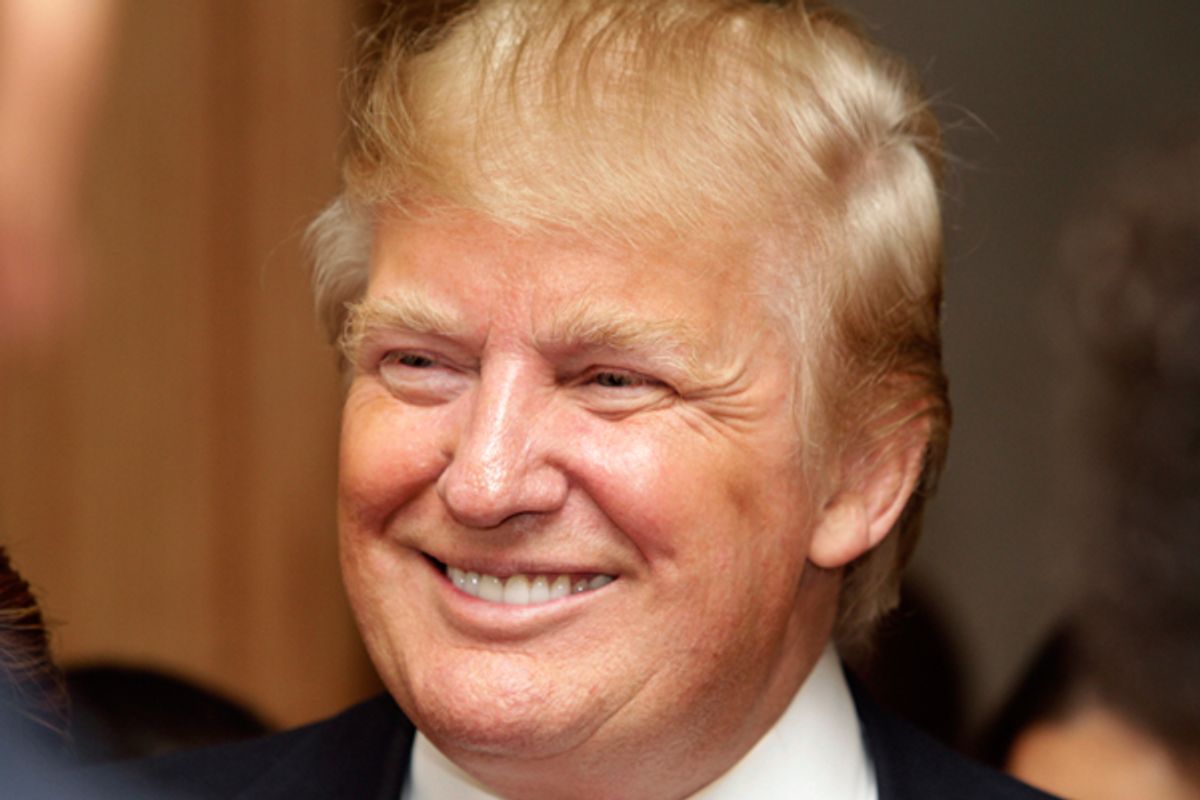 Oft-bankrupt former fake presidential candidate and television clown Donald Trump announced on "Fox and Friends" this morning that he is very close to announcing his presidential endorsement. I am guessing he won't pick Jon Huntsman.

Trump still has a regular Monday morning "Fox & Friends" call-in deal? I guess Fox can overlook a regular guest being a loyal employee of a rival media conglomerate -- Trump abandoned his publicity stunt presidential campaign when NBC threatened to find a new "Apprentice" host, remember -- as long as they're willing to spout birtherist bullshit on live television.

So Trump, who badly damaged his "lovable mogul" brand with his divisive and humiliating fake campaign, will now (or in a month or so) parasitically attach himself to a presidential candidate, in order to flatter Trump's sense of himself as an important kingmaker, a delusion that has been enabled by Romney and Perry and Bachmann and Cain actually meeting with him. I'm guessing Trump will endorse whomever is polling best next month.

Will the press (the non-Fox press) mention Trump's noxious, racist birtherism, should the recipient of the Trump endorsement gratefully accept the Trump nod with a joint appearance? I am not holding my breath.