Protesters will not be allowed to erect tents in Zuccotti Park, judge rules 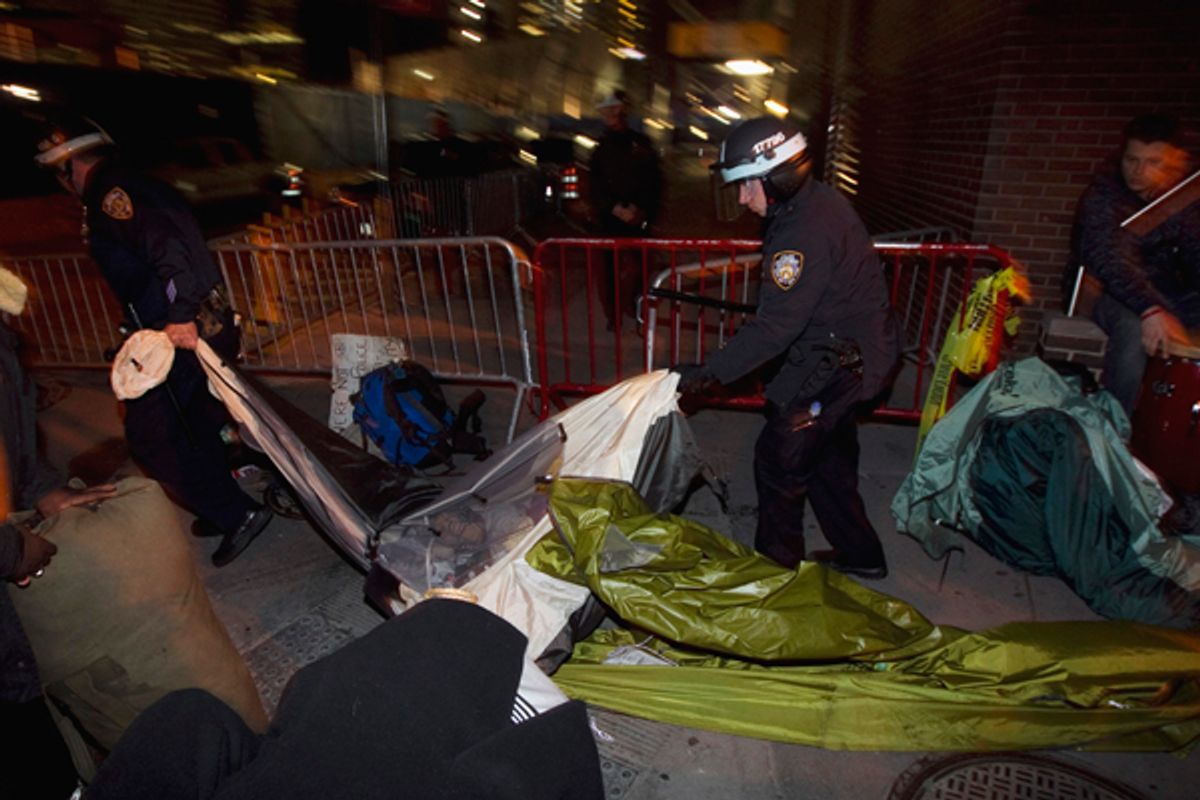 A New York state judge has denied a request by lawyers for Occupy Wall Street to allow protesters to begin camping in Zuccotti Park again, following their eviction by the NYPD early Tuesday morning.

Here's the key passage from the ruling, which was handed down minutes ago:

The movants have not demonstrated that they have a First Amendment right to remain in Zuccotti Park, along with their tents, structures, generators, and other installations to the exclusion of the owner's reasonable rights and duties to maintain Zuccotti Park, or to the rights to public access of others who might wish to use the space safely. Neither have the applicants shown a right to a temporary restraining order that would restrict the City's enforcement of law so as to promote public  health and safety.

Therefore, petitioner's application for a temporary restraining order is denied.

The Daily News notes this is almost certainly the beginning, not the end, of litigation surrounding the park:

The decision is likely to be appealed, so it was unclear if the city would immediately reopen the park to people without tents.