The dark side of counterinsurgency

In the U.S stye of war in Afghanistan and Iraq, killers like Calvin Gibbs are all but inevitable 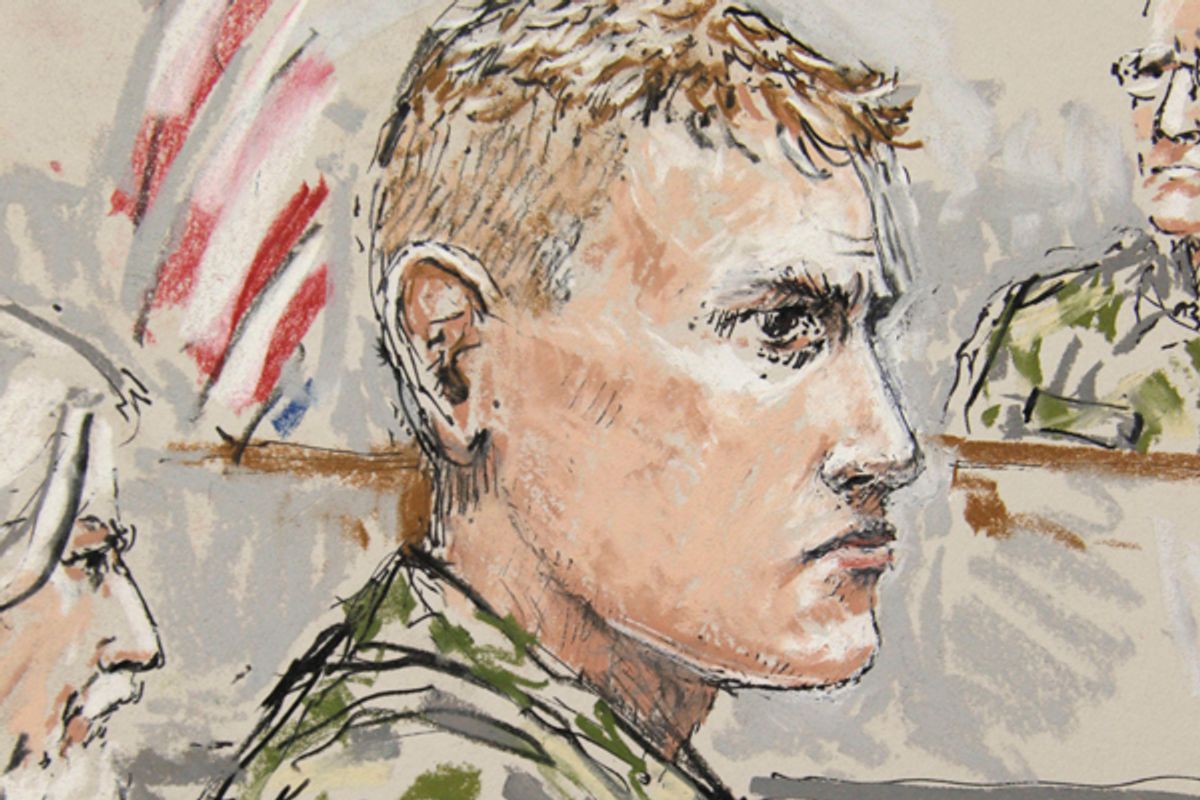 The dark side to U.S. counterinsurgency tactics were on graphic display last week when Army Staff Sgt. Calvin Gibbs, of the 5thStryker Brigade, was convicted in a military court of three counts of murder, attempted murder and other charges, while deployed in Afghanistan in 2009.

He and other soldiers shot unarmed Afghans or killed them with grenades, planted AK-47s on them to make them look like legitimate enemy targets, then cut off fingers as trophies. Ultimately, 12 soldiers from Gibbs' platoon were charged in a rash of wrongdoing ranging from murder to smoking hashish.

The platoon’s crimes are a stubborn byproduct of a counterinsurgency strategy in Iraq and Afghanistan that relies on small groups of troops clearing and holding modest pieces of ground – a single valley or village – and providing simple services to locals like cooking fuel and clean water.

The kind of soldiering is a far cry from conventional warfare. Troops are ordered to be more like cops walking the beat, or even community organizers, than traditional warriors. The idea is to forge relationships with civilians that will eventually root out enemy fighters. And often it works. Once fully implemented in Iraq in 2008, counterinsurgency tactics led to a monumental decrease in violence.

But such tactics are hard on low-level soldiers put in the role of community builders, often with little training to that end. When faced with violent resistance, they can feel like they have their hands tied. Strict rules of engagement prevent them from firing on anyone who is unarmed. But in Iraq and Afghanistan where the enemy’s weapon of choice is the hidden improvised explosive devices (IEDs), almost everyone is unarmed. American soldiers, trained to fight and to kill, can go an entire tour without firing their rifles, even as their comrades are repeatedly cut down by hidden explosives.

In this impossible situation, frustration and hatred can simmer until some troops snap.

The 5thStryker Brigade’s tour in Afghanistan may have created just this kind of deadly frustration. In the first four months, IEDs destroyed 21 of the unit’s armored vehicles. By the end of the year, 35 soldiers had been killed in combat and 239 were wounded, almost all victims of IEDs. Still, soldiers almost never met the enemy face to face. In this environment, Gibbs and his men started killing civilians.

The Pentagon has called the crimes in the unit "an aberration," but the 5thStryker Brigade is hardly unique. Its story is eerily similar to that of the 2nd Battalion, 12th Infantry Regiment, stationed in Baghdad in 2007. There, troops mired in the same conundrum of daily IED attacks and strict counterinsurgency protocols used confiscated AK-47s to murder Iraqis on the street, then planted weapons in an effort to fake an attack.

One decorated soldier from the battalion later told the Army that his out-of-control comrades were killing and mutilating unarmed Iraqi civilians they suspected of being insurgents, including kids. The soldier produced graphic photos of suspected insurgents shot in the head or lying with their brains pulled out on the hood of a Humvee. The crimes and methods were nearly identical to those later revealed in the 5thStryker case. No one, however, in the 2-12 was ever prosecuted them.

Since I first wrote about chronic crime in the 2nd Battalion, 12th Infantry Regiment in 2009, other veterans of Iraq and Afghanistan have contacted me saying similar scenarios of frustration and rage sparked killing above and beyond the rules of war. Unarmed Iraqis and Afghans were shot. Weapons were planted. But these murders were covered up and never prosecuted.

How many? We will never know.

Why do the soldiers do it? One medic from the 2-12 told me members of his platoon felt they had little choice. They could do wrong by breaking rules of engagement, or they could do wrong by following the rules and perhaps endangering the platoon, but there was no clear way to do right. So, even though it was against the rules, they would shoot unarmed Iraqis they spotted on rooftops in the belief that the locals were involved in setting off buried roadside bombs. It was either shoot first, they reasoned, or get blown up.

Counterinsurgency may be the best way forward for U.S. forces in Afghanistan. It is hard to see any other way. But if the military keeps putting small teams of young soldiers in isolated communities, expecting them to do everything except what they are trained to do, we will almost certainly have more murders like those in the 5thStryker Brigade.

The military excels at fixing problems, even ones as tricky as this. In the last decade, all branches have made huge strides in everything from IED detection to dealing with combat stress. When it comes to taking on the problems of units like the 5thStryker, the first is to recognize that what happened is not an aberration, but an inevitable toxic byproduct of counterinsurgency warfare.

Dave Philipps, an award winning journalist based in Colorado Springs,, is author of "Lethal Warriors: War, Murder, and the Fight to Save a Generation on the Home Front. (Palgrave).