Why I quit the mainstream media 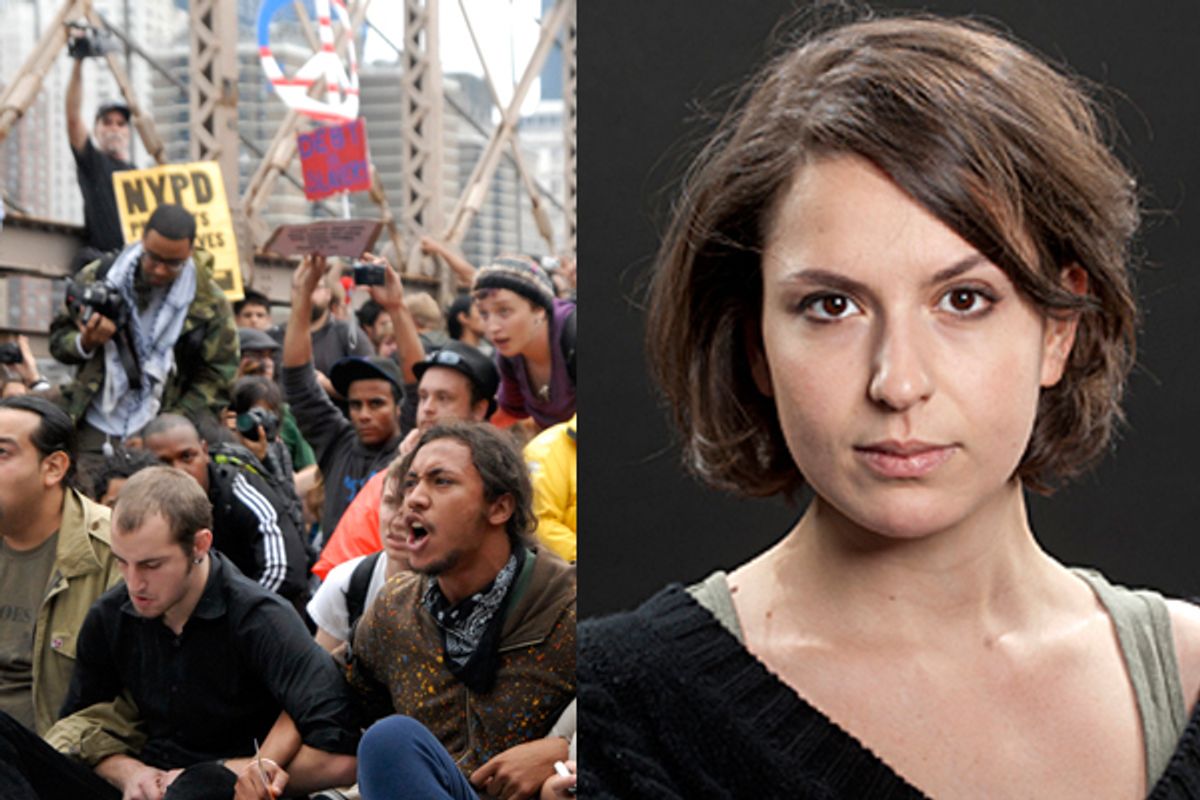 I was in complete agreement when, last month, the triumvirate of right-wing firebrands Rush Limbaugh, Glenn Beck and Andrew Breitbart all condemned me for being more than just a journalist. They are correct, and I agree with every pundit who argues that I have no place in the mainstream media.

On Oct. 14, I appeared on a panel at the radical, feminist Blue Stockings bookstore in New York’s Lower East Side. Hosted by Jacobin Magazine, the discussion addressed left-wing politics and strategy. During the event, I criticized old-left styles of organizing and praised -- with some ardor -- the experimental nature of Occupy Wall Street. I also dropped “F-bombs” in abundance.

Stumbling out of the bookstore onto Allen Street after the debate, I hugged an old friend, who has been heavily committed to Occupy activities in New York. “I think I just watched you lose your job,” he said.

The job he was referring to was a sporadic freelance gig with the New York Times. I had contributed in previous weeks to its Occupy Wall Street coverage and, notably, I had been arrested while reporting on the Brooklyn Bridge.

A video of my appearance on the panel was picked up by a reporter at Andrew Breitbart’s Big Government, and the fallout led to the Times publicly stating that they had “no plans” to use me for future OWS coverage. (Although I had already pulled away from reporting for the Times on the issue, having decided only days before the debate that I would rather take an opinionated stance.)

As the Times publicly noted, they found no problem with any of the reporting I had done for them on OWS. Indeed, a court hearing upheld that I had been on the Brooklyn Bridge as a professional journalist and as such, deserved to have the disorderly conduct charge against me dismissed. The only reason I was on the Brooklyn Bridge that day was as a reporter, gathering and relaying information on what I saw, and nothing else. However, as has become clear, if I -- or any other journalist -- want to express a strong opinion on a political matter, I cannot contemporaneously report for a mainstream publication.

In my view, it now makes little sense to be objective about Occupy Wall Street and its various, amorphous iterations across the country. As Matt Taibbi wrote recently in Rolling Stone about learning to love OWS: “People don't know exactly what they want, but as one friend of mine put it, they know one thing: FUCK THIS SHIT! We want something different: a different life, with different values, or at least a chance at different values.”

If the diffuse and experimental disruptions, discussions, assemblies, occupations, strikes, marches, chants and more that constitute OWS are primarily coherent only in so far as they agree that the current status quo, rife with inequity and cruelty, is wrong -- I cannot but consider myself in agreement. As such, it would be disingenuous to play the “objective reporter.”

I am incredibly lucky to have interned and worked for institutions like the New York Times and Politico; the training, exposure and practice that these publications offer are in many ways unparalleled. But it is also with some pride that I have stopped writing for publications that aim for journalistic objectivity.

There is a loose analogy here with how Occupy Wall Street’s structure stands at odds with mainstream, electoral politics. Many of those involved in Occupy Wall Street have, with excellent cause, expressed dissatisfaction with representative politics in this country. In response, occupiers have sought new political spaces and interactions; they have taken politics into their own hands.

Similarly, if the mainstream media prides itself on reporting the facts, I have found too many problems with what does or does not get to be a fact -- or what rises to the level of a fact they believe to be worth reporting -- to be part of such a machine. Going forward, I want to take responsibility for my voice and the facts that I choose and relay. I want them to instigate change.

Breitbart, Beck and friends are correct in saying I’m more than just a journalist. They are wrong in saying I’m an activist – that means something specific, in my mind. But if by “more” they mean I am a journalist in agreement with those across the country who think “Fuck this shit” when it comes to a system upholding inequality and alienation for all but a few, then they are right. This -- and my proclivity for dropping "F-bombs," once again -- is the reason the mainstream media and I have parted ways.