The "secret farm bill" could overhaul U.S. agriculture for the next five years with no public debate 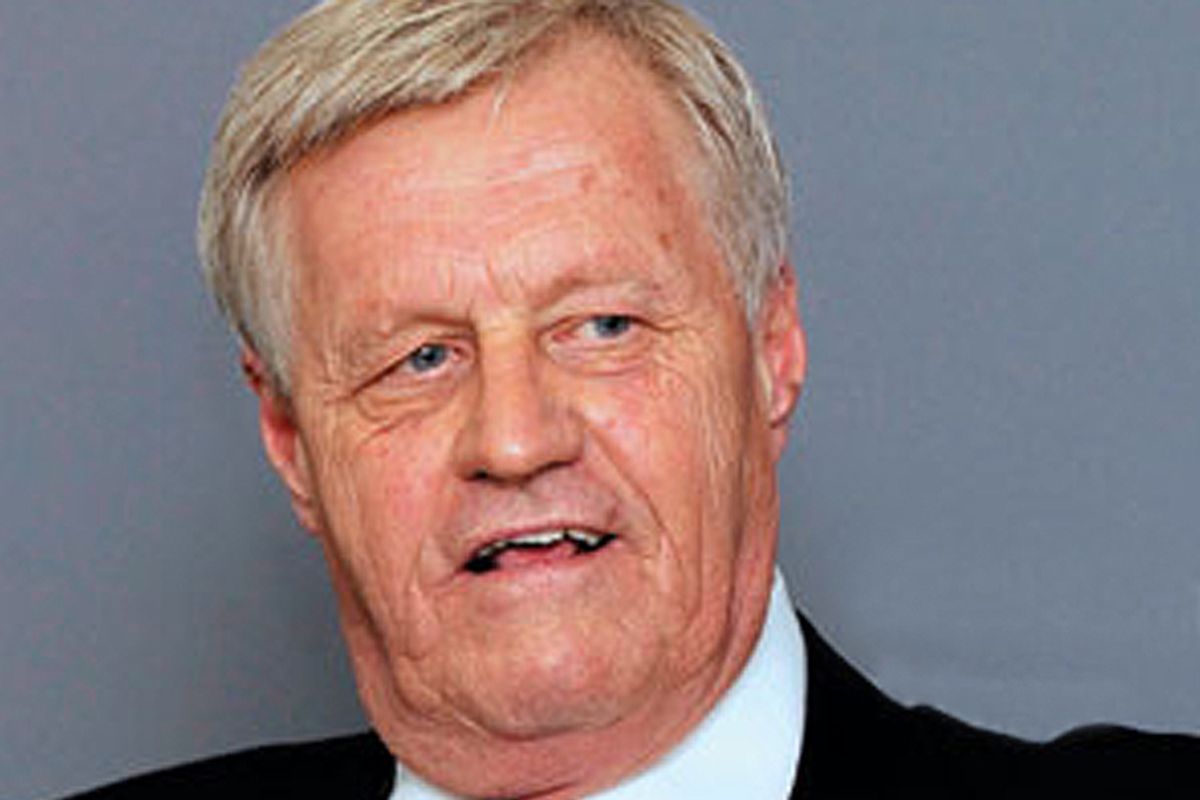 The congressional deficit supercommittee is pulling into the home stretch. Whether the secret, round-the-clock negotiations among its 12 members will yield a budget-cutting deal before its Thanksgiving deadline is the subject of intense speculation in Washington.

Republican co-chair Jeb Hensarling indicated on MSNBC on Tuesday night that the Republicans have gone as far as they are willing to go when it comes to compromise. House Democratic Whip Steny Hoyer, D-Md., Sen. Mark Warner, D-Va., and others held a press conference this morning urging the supercommittee to “go big” on an agreement over deficit reduction. The White House, in the meantime, is bracing for failure, according to the Washington Post.

This speculation changes daily, making it hard to tell how things will unfold over the next week. But what if the supercommittee does succeed in “going big”? What would that deal look like? Yes, a deficit agreement could result in changes to programs like Social Security and Medicaid. What has been less noticed is that a supercommittee deal could -- and likely would-- end up rewriting other policies in ways that are entirely unexpected.

Enter the so-called secret farm bill, an oddball piece of deficit reduction legislation that could rewrite agriculture policy in the United States in one behind-closed-doors deal.

“There’s no question that the farm bill is what agriculture wants to do,” said a budget expert who works closely with farm states. Essentially, the farm bill could become a part of deficit reduction because the House and Senate Agriculture Committees are trying to take advantage of the way the supercommittee’s process was set up. Congressional committees can submit recommendations to the supercommittee on ways they would like to see spending cut in their programs.

The House and Senate Agriculture Committees, led by agriculture’s “Big Four,” Sens. Debbie Stabenow, D-Mich., and Pat Roberts, R-Kan., and Reps. Frank Lucas, R-Okla., and Collin Peterson, D-Minn., appear poised to try to submit their suggestion in the form of the farm bill.

The farm bill, approved every five years by Congress, has more to do with your life than you might think. This legislation sets most food and agriculture policies in the United States, from food stamps to food safety measures and crop subsidies. If the Big Four submit a bill that spends less money than the old farm bill did, it could be passable as deficit reduction and potentially get swept through Congress on the coattails of a deficit reduction plan. Though it’s impossible to tell exactly what such a plan would look like, it’s logical that states the Big Four represent -- Michigan, Kansas, Oklahoma, Minnesota -- and other farm states would be well-represented.

But if the secret farm bill become law, some people will go ballistic. Anti-obesity advocates, food safety watchdogs, and food policy advocates have been waiting for Congress to write the next farm bill, which is a rare opportunity for them to plug new policies, such as targeting food stamps so they encourage low-income families to buy healthy foods. But if the new farm bill is written and debated behind closed doors, as is happening right now, they will have to wait another five years for that opportunity.

“A farm bill that preserves the status quo instead of addressing a food system that causes disease and wrecks the environment isn’t even marginally serious about deficit reduction,” wrote food writer and activist Mark Bittman in an Op-Ed for the New York Times last week.

It sounds batty, but slipping relatively small pieces of legislation into large, high-stakes bills is a proven way to get a bill passed. The health care reform bill that passed last spring, for example, included a major rewrite of a 40-year-old student loan program that was similarly folded into health reform at the last minute. It was the biggest piece of education-related legislation to get passed Congress in years and it was barely reviewed.

The Big Four stand to gain two things by slipping their farm bill into a deficit agreement:

First, they avoid a scenario where the supercommittee simply caps the amount of money budgeted for agriculture in coming years, giving the agriculture committees less autonomy in their decision-making.

Second, if they reauthorize the farm bill now they can avoid what would likely be a messy, public battle over food policy and agriculture reform slated to take place next summer, in the middle of an election cycle.

Insiders and advocates say the possibility of the secret farm bill becoming the law of the land depends on a number of things happening in the coming weeks.

First, the Big Four need to come to an agreement and actually submit a plan that saves the $23 billion to $25 billion over 10 years, as the supercommittee has asked it to do. There are three areas where the agriculture budget could get slashed: nutrition programs such as food stamps, conservation programs that help preserve land and prevent pollution, and crop subsidies.

It’s likely that around half of the cuts, ranging from $13 billion to $15 billion over 10 years, would come from dropping crop subsidies and replacing them with an expanded crop insurance program that would enable farmers to collect a larger share of their losses from insurance during years with poor profits.

Currently, internal divisions are preventing the committees from agreeing among themselves, says a source who works on Capitol Hill. The division line within the Big Four and other congressmen who are trying to lobby them currently falls mostly between corn states, such as Minnesota, and rice states, such as Arkansas.

Collin Peterson of Minnesota, for example, is a strong supporter of the new insurance plan. Corn is somewhat volatile and corn farmers would gain from having expanded insurance. Rice, on the other hand, is a less volatile crop and thus benefits more from straight cash subsidies, making it likely that congressmen from rice-producing states are opposing the new insurance deal.  Sen. John Boozman, R-Ark., for example, recently emphasized the importance of keeping the "farm safety net" (subsidies and insurance) intact in a deficit deal and played down the need for crop insurance in his state when speaking to the Arkansas News. Unsurprisingly, Arkansas grows almost half of the U.S. supply of rice.

That’s the debate within farm states. The interests of those not representing farmers, such as people concerned about reducing agriculture pollution or reforming the food stamps program so it encourages families to buy healthier food, don’t figure into this equation, and are likely to be overlooked by the secret farm bill.

Food stamps would also likely see a small cut, because the the program is popular but constitutes an estimated two-thirds of the costs of the current farm bill, making it hard for the Big Four to plot out a way to reduce spending without at least a minor reduction in spending on food stamps.

The Big Four will likely try to sell the new insurance program as having big cost savings though it might not, in fact, save money. During years with good crop prices and yield, offering government-subsidized insurance to farmers is relatively inexpensive. But during years when crop prices and/or yields fall, the government will dole out more money to farmers who have experienced losses, resulting in much less savings.

There’s a good chance the supercommittee won’t fall for agriculture’s bait-and-switch with regard to crop subsidies. But the committee could make a deal that hits its deficit reduction mark and looks good on paper while ignoring the variations in actual agriculture savings. An expanded crop insurance program could be popular, too. As one Capitol Hill veteran noted, “Congress loves temporary disaster relief.”

If the supercommittee does accept the farm bill and then manages to strike a deal before Thanksgiving, then the farm bill heads to Congress as part of the deficit reduction agreement. Congressmen will have to swallow the entire agreement or none at all. It’s unlikely that many would change their vote on the $1.2 trillion bill because of the relatively small, $23 billion agriculture component, meaning that if the supercommittee makes a plan that wins approval, the secret farm bill would become law regardless of who loves or hates it.

“The outside has really been shut out of the process,” commented a source on Capitol Hill. With this and other “secret” bills, there’s no knowing what surprises might be waiting if the supercommittee does in fact make a deal.