How Ford built the ultimate lemon

A look at the design and promotion that went into the company's biggest flop: the Edsel 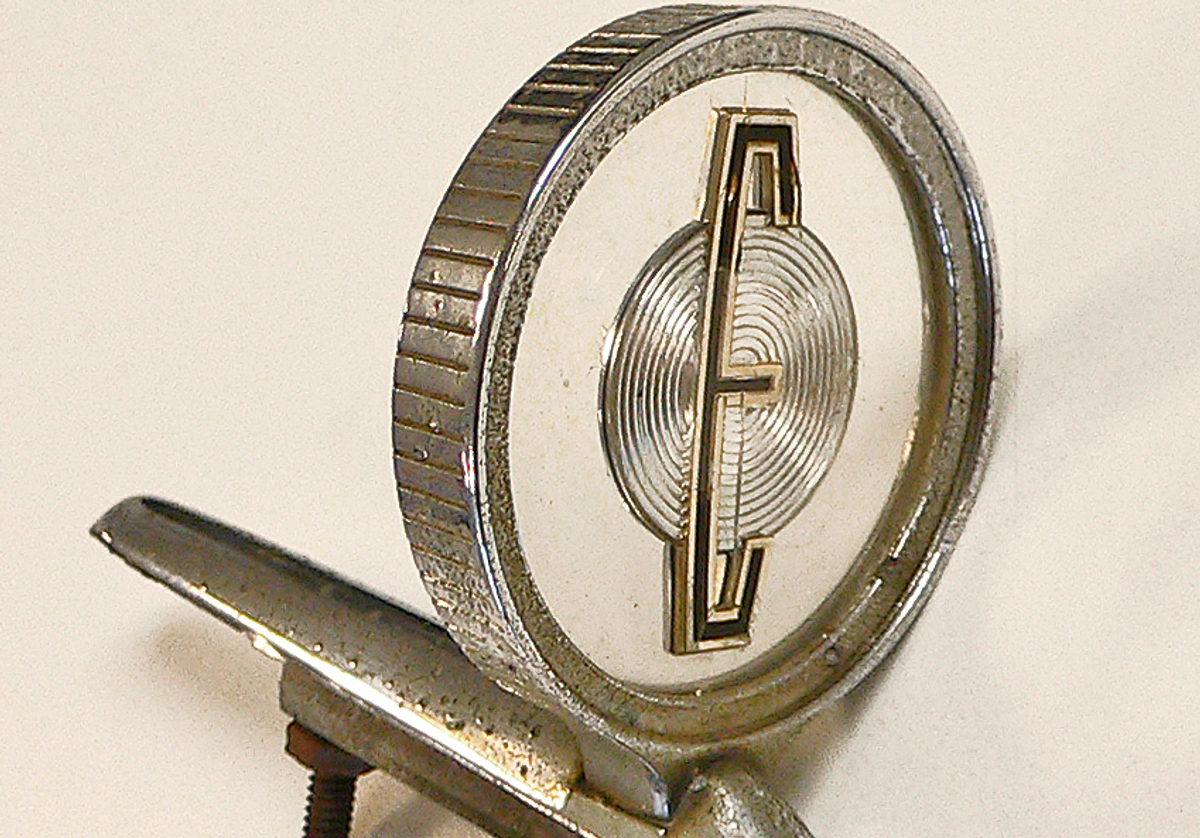 The purpose of this piece is less about the actual history of the Edsel and more about the design and promotion of the car. I’ve always thought that it was one of the most outrageous looking automobiles to ever roll off an assembly line, and the name “Edsel” (Henry Ford's son) hardly does a lyrical dance off one’s lips... What also intrigues me is how much money and effort was spent on the beast and how terribly wrong everything seemed to go. To help put things in perspective, I’ve included a good postmortem analysis from a 1959 article in Business Week below.

My relationship with the Edsel started in 1968 when my dad made a film called, “Because That’s Why.” In this short film, there’s a sequence where two men stalk and hunt a pink 1959 Edsel. They end up “killing” the automobile and triumphantly pose with it strung up like one would with a Great White Shark. At 12 years old, I think I felt sorry for the beast, and it became a dream of mine to someday own an Edsel of my own. That never happened, but I was able to gather a lot of material on the car and actually used it in as a basis for papers I wrote in high school and college...

In the annals of automobile history there are few sagas so fraught with failure as the Edsel. Ford spent $250 million to develop the car and lost another $200 million during the three-year existence of the car. Soon after its launch, unflattering nicknames like “Oldsmobile sucking a lemon” followed. Developed over a period of almost 10 years, the Edsel was Ford Motor Company’s answer to the mid-priced slot. In the 1950s, the closest that Ford came to a medium-priced car was its Mercury. Problem was, when it came time for Ford owners to upgrade, they sidestepped the Mercury and hopped up to a GM car like an Oldsmobile, Pontiac or Buick, and to a lesser extent a Chrysler product. Ford’s strategy was to develop a new line that would inspire loyalty to the parent company. A “Special Products Division” was developed by Ford to research what would be the perfect automobile to effectively fill this void. The “E-Car” (for experimental) program grew out of this.

One of the approaches the Ford Motor Company took when preparing for the Edsel’s launch was an extensive campaign to recruit and hire dealerships that would sell the Edsel exclusively – NOT in tandem with other Ford, Mercury, or Lincoln models. This ultimately involved training schools for sales and service personnel – even the most experienced journeymen found themselves required to participate and learn how Ford wanted their new line sold and serviced.

[caption id="attachment_229941" align="aligncenter" width="460" caption="Announcement's opening with picture of Edsel Ford and a letter to stockholders from Henry Ford II."]

First issue of the Edsel "Service Beacon" provided to service departments to keep them updated on product issues and how to deal with them.

The Edsel’s pre-launch promotional campaign was so extensive that the eventual unveiling couldn’t possibly live up to the hype. The following are some examples of what was produced, and demonstrates how extensive the project really was. Viewmaster even issued a set of 3-D slide discs featuring the Edsel line of cars. It’s also a reminder of how much of a role illustration used to play in automobile advertising. Hardly the case now  ... For those of you interested in the advertising end of the story, Foote Cone & Belding (now part of DraftFCB) was contracted to handle the Edsel advertising campaign for Ford. (First Edsel Ad, Edsel Demo Ad)

[caption id="attachment_230092" align="aligncenter" width="460" caption="Official FoMoCo press release shots. Ford was nice enough to send these to me for free in 1970."]

In terms of its distinctive front-grille styling, it’s interesting to see the centered “horse-collar” grille element reduce in size and prominence during the three-year genesis. By the time its last model year arrived in 1960 all that was left was a small inches-high logo shield. It would take another decade with the introduction of the 1968 Pontiac Bonneville, before an American car resurrected this vertical design treatment.

A big event associated with the Edsel’s unveiling was “The Edsel Show” on CBS. Frank Sinatra, Bing Crosby and Rosemary Clooney starred in a special live broadcast celebrating the car’s arrival.

Another televised reference to the car’s “distinctive” styling was a 1961 episode (Season 3/Episode 12) of "The Dick Van Dyke Show. "“The Sound of the Trumpets of Conscience Falls Deafly on a Brain That Holds Its Ears ... Or Something Like That!” Rob Petrie witnesses a jewel robbery but can’t seem to remember any details about the crime. He later lets it slip  that the crooks were driving a fire-engine red Edsel – needless to say, it breaks the case. http://www.hulu.com/watch/113989/the-dick-van-dyke-show-the-sound-of-the-trumpets-of-conscience-falls-deafly-on-a-brain-that-holds-its-earsor-something-like-that#s-p17-so-i0

[caption id="attachment_230090" align="aligncenter" width="460" caption="For a VERY brief time it was cool to be seen in an Edsel. From a late 1950's magazine on driving behavior for high school students."]

To learn more of the details behind the Edsel’s “colorful” history, here are several books I’ve found helpful and interesting:

Thanks as usual go to Corrie Lebens here at JJSP for compiling all this material !