Salon's Sexiest Man of 2011: The interview

Our man on top leads a children's choir that stirred a nation's heart. He stirs ours 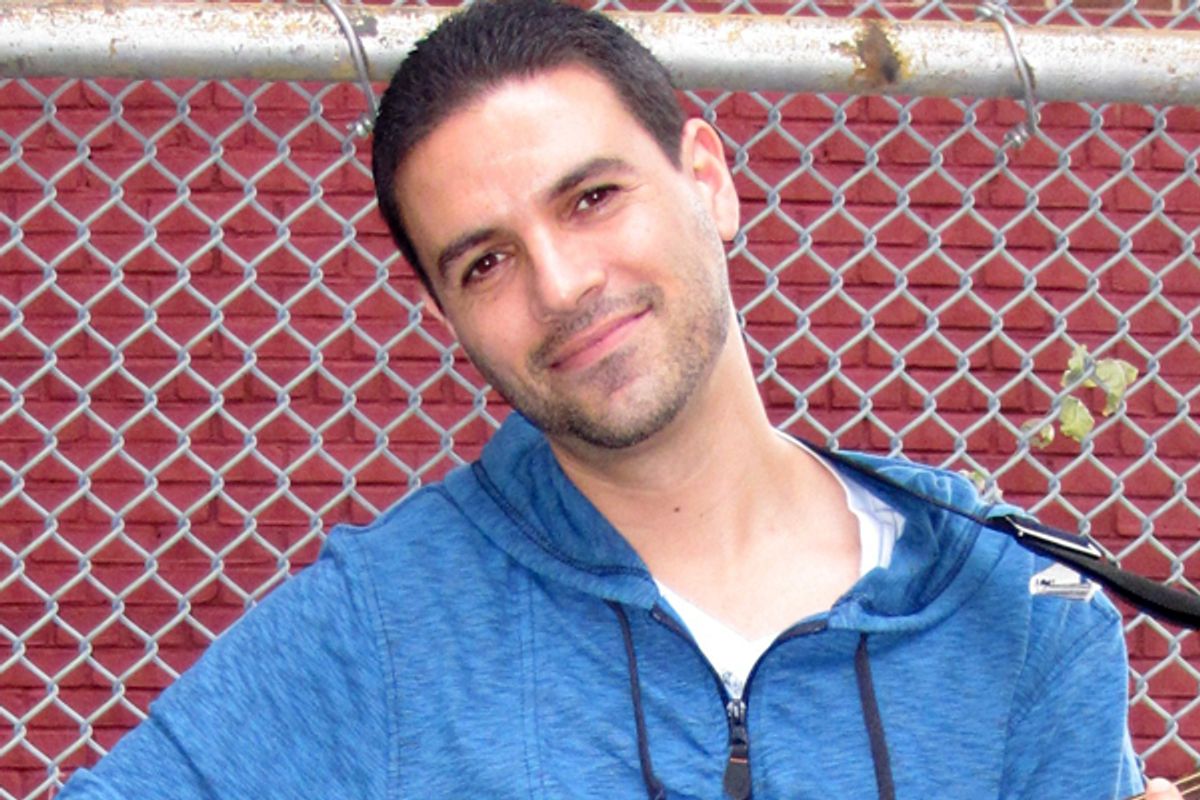 This year, Gregg Breinberg, the choir leader at PS 22 in Staten Island, N.Y., topped our list of the sexiest men of the year. (Check out the full list here.) So this week, we called him up to talk about his extraordinary work, his role in his kids' lives -- and gave him the big news.

All of the pieces kind of fit together. I mean, they're an elementary-school group of 10-year-old kids -- public school kids, no less -- that are singing in pretty perfect harmony, which is rare, as most parents of children that age know from going to see the school shows and just cringing. They sound really good, they actually execute difficult music and perform legitimate renditions of songs that pay homage to the original but, like any good cover, takes its own direction. And aside from that, just the amount of heart and soul they put into the performances. They put the magic in the music with their emotional delivery, which you don't really expect from kids their age.

How do you coax that out of them?

At this point, I really don't even have to coax it out, because the kids have seen the chorus perform before. At the beginning, there was more coaxing -- you know, "C'mon guys, you gotta try and feel it!" -- but now it's an issue of making an environment where they feel comfortable enough to express themselves without fear of being ridiculed by peers. That's something I pride myself in -- I create an environment where it's safe for the kids to explore.

What role did music play in your life when you were a kid?

When I was their age I don't think music meant as much to me as it does to them. I didn't understand what music had to offer in terms of self-expression. Back then, it was more notes and rhythms and stuff, but I always loved singing. In my household we were always singing.

Once I got to high school, music became something much more significant to me -- it became more like my savior. I've said before that I think music has really saved my life in that it gave me that direction that I didn't have. It was just a way to get in touch with the kinds of emotions that teenagers, and all kids, I think, feel but don't necessarily get in touch with. Music is that tool to connect the dots.

If they're able to do that at this age, they're able to do it for the rest of their lives. You need to give them that freedom of expression and show them it's OK -- that's why I don't come up with choreographed routines. I mean, it's busy what's going on in these videos, because everyone's kind of doing their own thing. These are 60 kids, all individuals, and yet coming together. It's just like this great representation of the world and what the world should be: coming together in harmony. Everyone is being themselves, and yet it all works as a group.

How has learning how to express themselves through music changed the kids?

Oh man, I've seen kids that, honestly, I thought were mute, I really didn't think they had a voice, and then they find it. It's just amazing to see kids come out of their shells, to gain that self-confidence. Also, music is just this incredible discipline: You have kids who have a really hard time focusing, but they have the music in them and it's their pathway to learning. They're able to focus on these musical concepts that are mathematical, and maybe they don’t succeed in math class, but they're learning the same math concepts doing what they love to do. It helps them academically: Self-confidence is the key to everything in life; you have to just believe in yourself. If they find that one thing that they can do well, that will carry over. We've seen kids make amazing strides, kids that were failing jump to the top of their class. That's the best, when you see that it's more than just music that they're learning here.

How does that feel for you to have helped kick-start their lives in that way?

That's the best part of the job, Oscars not withstanding. When you see your students making life changes for the better, that's all you could possibly hope for as a teacher, no matter what you teach. What I'm doing with chorus, I think people do with their own subjects -- maybe chorus is a little bit more flashy, it's not like a math group is going to become a YouTube sensation, but I think any good teacher is looking to wake up their students and change their lives. Fortunately, at my school I work with some amazing colleagues who do what I do in their own way and in their own subjects. It's wonderful the amount of attention that the chorus has gotten, but it's important to remember that there are a lot of great teachers doing exactly what I'm doing in their own subject.

Have you worried about all the attention going to the kids' heads?

Honestly, it's like we're in our own little box here. It doesn't really directly touch their lives like it would if they were professionals. They're just doing what they would normally be doing at any school, they just happen to have a lot of people following what they're doing. I don't think they really know, I don't think they really get it. I try to balance building it up with not building them up too much.

But that's where I excel, more so than my musicality. I'm not the best musician out there, for sure, but I know how to lead a group. I know how to make everybody feel important, that they're contributing something. Sometimes when they come in and they're low energy, I tell them, "I need you guys! What you need from me, I need from you." They get that and they like that, and it empowers them because they know that they're providing something in the melee. They're just as important to what's going on, every single one of them. That kid who's not on track can throw me off and distract me, and that in turn will throw off the whole group, so they all feel empowered and important to the success of the performances and the group itself.

That seems like such a crucial lesson, that even as one person in a big group you can have a major influence.

Absolutely. In the long run, that helps me because, again, they feel a certain importance and responsibility. I'm very honest with them: When they're great, I will tell them, and when they stink, I tell 'em. I call the shots as I see them and that builds the respect. If I constantly told them how great and wonderful they are, they wouldn't buy it. Kids are sometimes a lot more in-tune than people give them credit for. That’s one of the biggest things about the group that appeals to people. The arrangements are not being kid-ified, they're not condescending to them.

How has the success of the choir affected your personal life?

Honestly, it's killed it. The amount of work I do, it's monopolizing, it takes over. But I don't complain because I love it. It's truly the highlight of my life. What I'm giving here is the most important thing that I have to give. So, it's not a sacrifice that really hurts my heart too much, because I'm happy. I found what I'm meant to do. How many people have to work eight-hour shifts on a job they can't stand? I love going to work. I found exactly where I'm supposed to be in terms of my professional life. Now I gotta work on that a little in terms of my private life but --

Yeah, and there's time. Same thing with the chorus, if you look for things, they don’t happen, but if you just let things happen and do your thing and put yourself out there, things will eventually happen for you. I figure eventually that will happen for me in my private life. Life is all about finding a balance and I'm still working on that, but I love what I do and I have no complaints. People say, "What are you going to do from here? You have this wonderful platform" -- well, no, this is the platform and I want to stay on it. To me, all the success that these kids have had shows me that -- bam -- you've put yourself exactly where you need to be in your life.

So, I actually have a surprise for you.

And this year, we chose you for our list.

[Explodes in laughter] That is awesome! My mother's going to be very thrilled about that one -- and maybe that will help my social life as well!

And, actually, not only did we choose you for our list, but we chose you as No. 1.

No way! Oh my God, I'm honored, thank you. Jeez, that is hysterical. Thank you!

Something to add to the dazzling résumé --

That may be No. 1. My kids are totally gonna tease me, you realize?