The corporate tax plunge: Down, down, down

Since the 1950s, American companies have paid a steadily smaller percentage of their profits as taxes 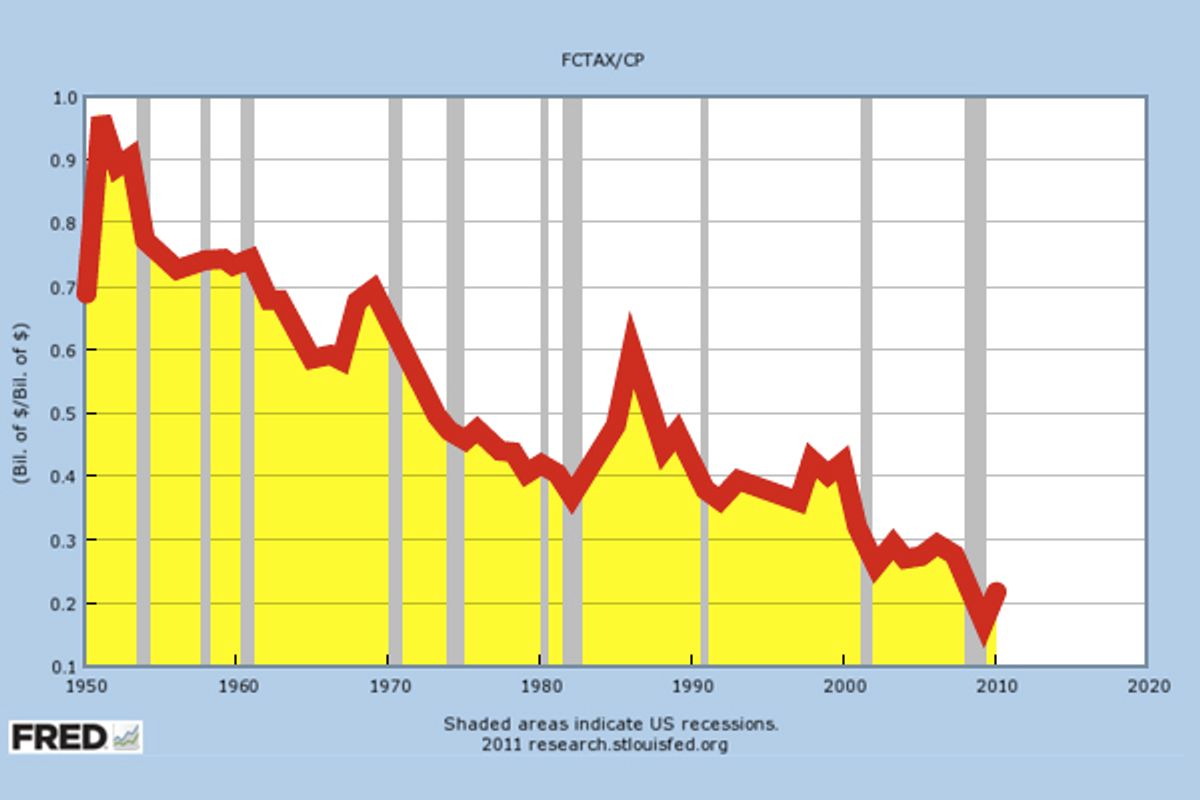 We already know that compared to most rich countries in the world, corporations in the United States get off easy when it comes to taxes. We also know that many of the biggest American corporations don't pay any taxes at all.

But if you are looking for one graphic illustration that speaks the most volumes about how great it's been to be an American corporation over the past half-century, than you really must contemplate this chart put together by the St. Louis Federal Reserve Bank (Hat tip to Felix Salmon.)

The percentage of corporate profit (after taxes) paid as income tax has been on a steady downward trend since the 1950s. In the last year or so, it has rebounded a trifle since hitting its all-time low during the Great Recession, but still sits comfortably below any other point in the last six decades.

It might be worth remembering that the 1950s were a decade in which "more people joined the middle class than at any time in history." And yet, one of the great stumbling blocks preventing the "supercommittee" from hammering a long-term deficit reduction deal is the GOP fixation on the premise that taxes on American corporations are too high.