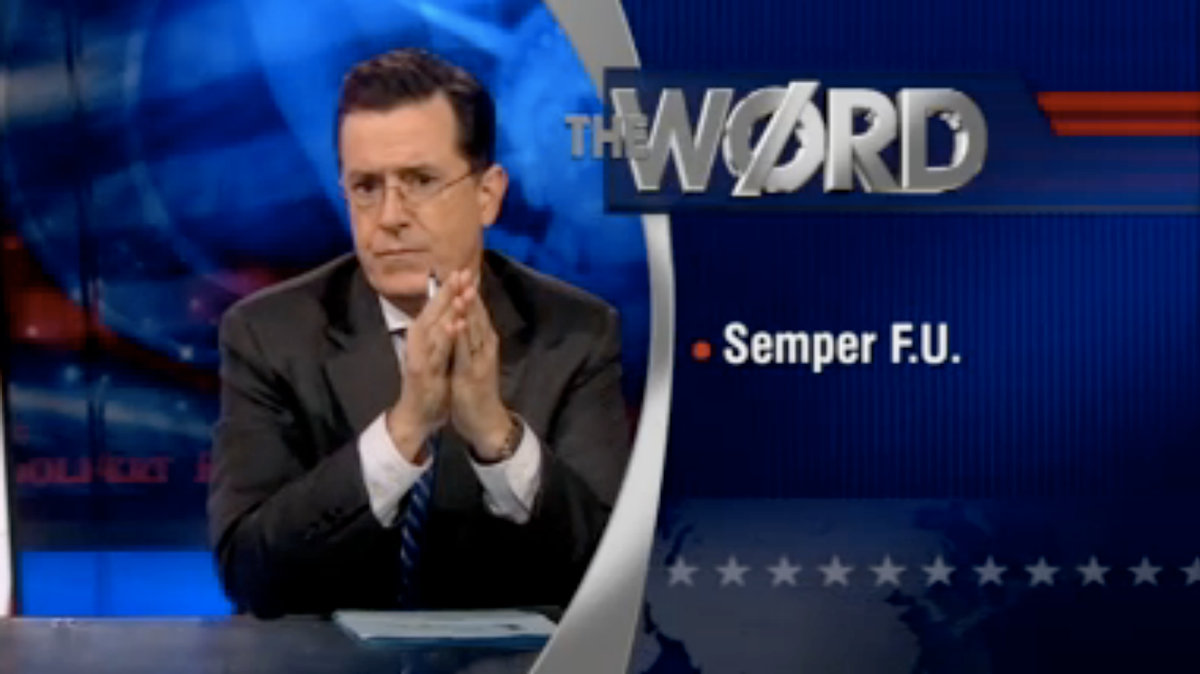 Another day gone by, and the congressional supercommittee is no closer to reaching a compromise on deficit reduction mandated by this summer's debt ceiling agreement. There's some good news, though. Faced with the prospect of automatic cuts to both domestic discretionary and defense spending, leaders in Congress have finally come together to agree on a budget item that afford to be slashed: veterans' health benefits.

It's true. As Stephen Colbert pointed out on his show last night, the Democratic and Republican leaders of the House and Senate Veterans Affairs committees recently sent a joint letter to the supercommittee recommending cuts to health benefits for the 1 percent of Americans who have served in the military. (Such benefits would be exempted from the automatic cuts triggered in the event of the supercommittee's failure.) "We believe no constituency better understands the challenge America faces, and no constituency is better suited to, again, lead by example by putting the country first," read the letter. Well, as long as there are no defense cuts!