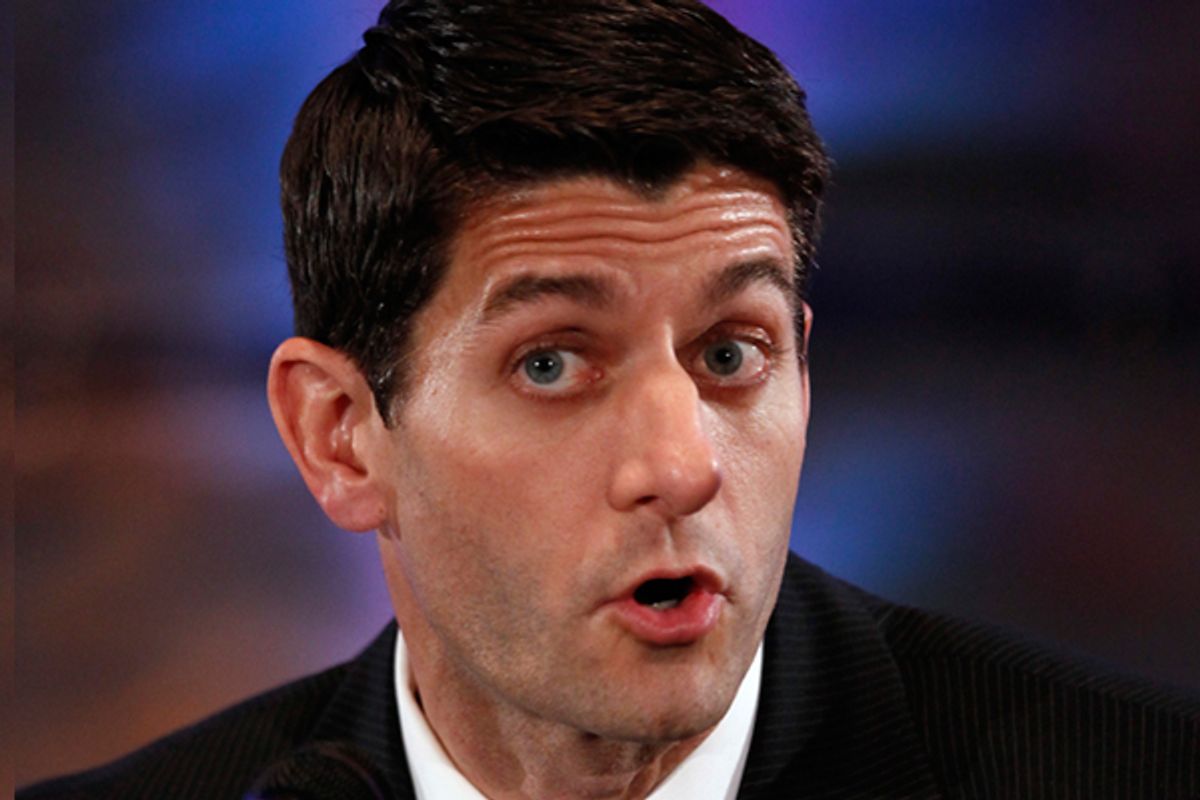 A balanced budget amendment is the sort of concept that polls extremely well. Who doesn't think the budget should be balanced? And since our leaders are apparently so bad at doing it, why not change the Constitution to force them to do it? So it's hardly surprising that, even though there are some very good reasons to believe a balanced budget amendment would be a very bad thing for the country, more than 70 percent of Americans say they want one.

Republicans in particular have been pushing the idea for years, although there are Democrats who've found it equally irresistible. Never, though, has it attracted the two-thirds support it needs from Congress -- and today proved to be no exception, with the amendment attracting 261 "yes" votes, short of the 284 needed for passage.

The outcome was no shock; no one believed there was much chance it would pass the House -- and even if it did, there's no way it will clear the Senate anytime soon. (It will, however, come up for a vote sometime this year in the Senate, a condition of the debt ceiling deal that was reached over the summer.)

But there was one surprise: Rep. Paul Ryan -- who is constantly portrayed as the deficit-fighting conscience of the GOP and who authored the controversial Medicare overhaul plan that House Republicans almost unanimously embraced earlier this year -- actually voted against it. Why? Ryan told NBC News that "this version will lead to a much bigger government fueled by more taxes."

This may have been his way of saying he prefers the version put forward by Senate Republicans earlier this year, which would cap total government spending at 18 percent of GDP and require a two-thirds majority in the House and Senate for any future tax increases. The House plan, by contrast, simply calls for a three-fifths majority for any future deficit spending.

A plan very similar to the House version nearly cleared Congress in 1995, when it passed the House with 300 votes (including 70 from Democrats) and fell just one vote short of a two-thirds majority in the Senate. There are actually more Republicans in the House now than there were in '95, so the difference is mainly the result of more unified Democratic opposition.