What does Newt think? Who's paying? 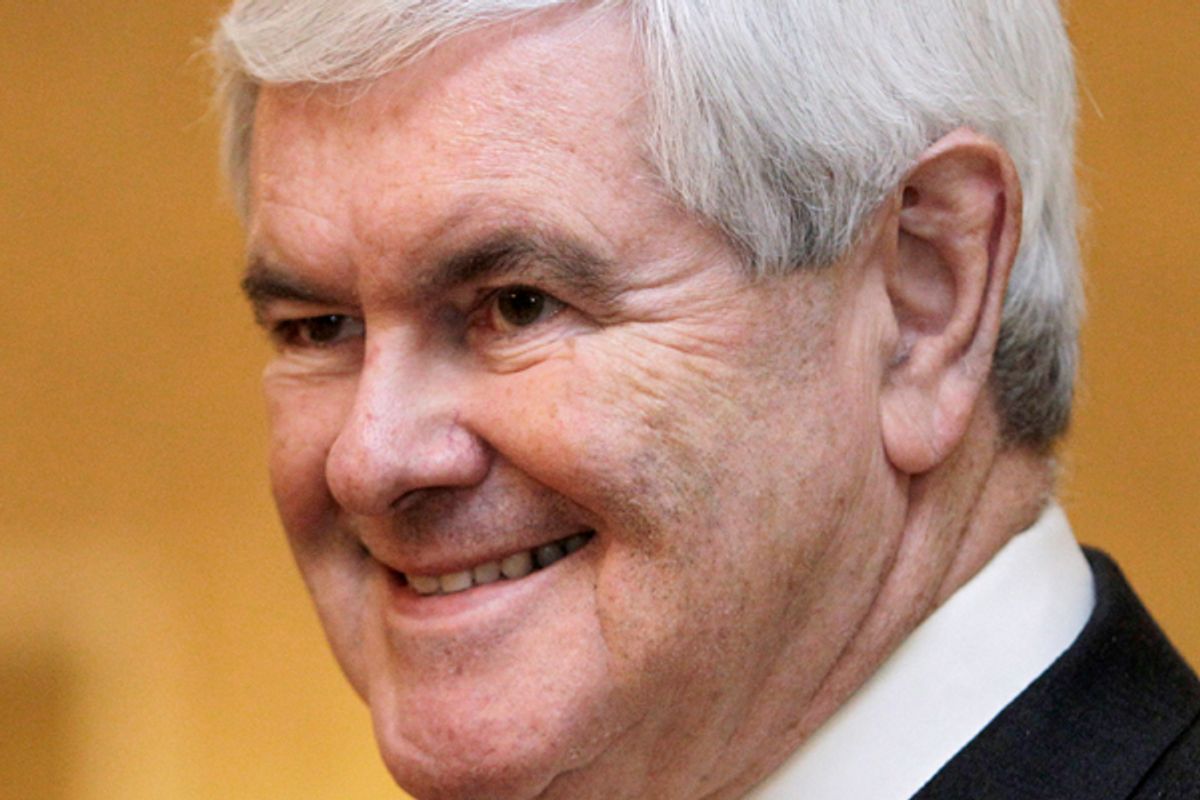 The Washington Post reported this morning that a Gingrich "think tank," the Center for Health Transformation, collected at least $37 million from health care industry groups, who were promised “access to Newt Gingrich” and “direct Newt interaction" in exchange for their cash. Also in exchange for their cash, perhaps, Gingrich took some interesting positions on health care reform: He supported the "individual mandate" that Americans buy insurance (or post a bond to cover unanticipated illness) as well as measures to encourage "end of life" planning. He ditched both positions, of course, once he realized they were unpopular with the Republican base.

The New York Times had a related story about Gingrich preaching the virtues of a Wisconsin health care consortium that took the lead in "end of life planning" in a July, 2009 Washington Post op-ed. Once Sarah Palin started insisting that encouraging such planning amounted to "death panels," Gingrich backed away and equated it to "euthanasia." It turns out the firm he praised in the Post was one of his clients at the Center for Health Transformation, which he failed to disclose.

Then there's the Wall Street Journal story about Gingrich taking money from the U.S. Chamber of Commerce. But heck, it was only $840,000, chump change next to the $1.8 million or so he got from Freddie Mac (for his historian's perspective), and that $37 million from the health care industry. The Journal also noted that in a recent poll, Gingrich had the most support from Tea Partiers, with 29 percent. But Tea Partiers aren't big fans of the Chamber of Commerce, it turns out, because the Chamber supported the Obama stimulus bill (to some extent.)

It's hard not to think the Tea Party will also dislike Newt's original positions on the individual mandate and the so-called "death panels," especially once they learn those positions aligned him with industry forces paying him millions.

Gingrich continues to insist he wasn't paid those many millions to "lobby," so he didn't have to register as a lobbyist. He may be correct, according to the letter of the law, but not its spirit. Think Progress runs down all the ways the former House speaker did what any American would consider lobbying here. Blogger Lee Fang also got the absolute best answer from Gingrich about why his work didn't constitute lobbying: "It benefits the country at large." That reminded me of when he said his cheating on his first two wives was "partially driven by how passionately I felt about this country… I worked far too hard and things happened in my life that were not appropriate." I would think working too hard would cut out time for affairs, but what do I know about Newt's passion?

I opened the week expressing skepticism about Gingrich's surge on MSNBC's "The Ed Show," because his baggage has baggage. I closed it with Ed Schultz to discuss the cascade of Newt's non-lobbying revelations.