Designing for the post-industrial age

A new show reveals an aesthetic return to the authentic, handmade look 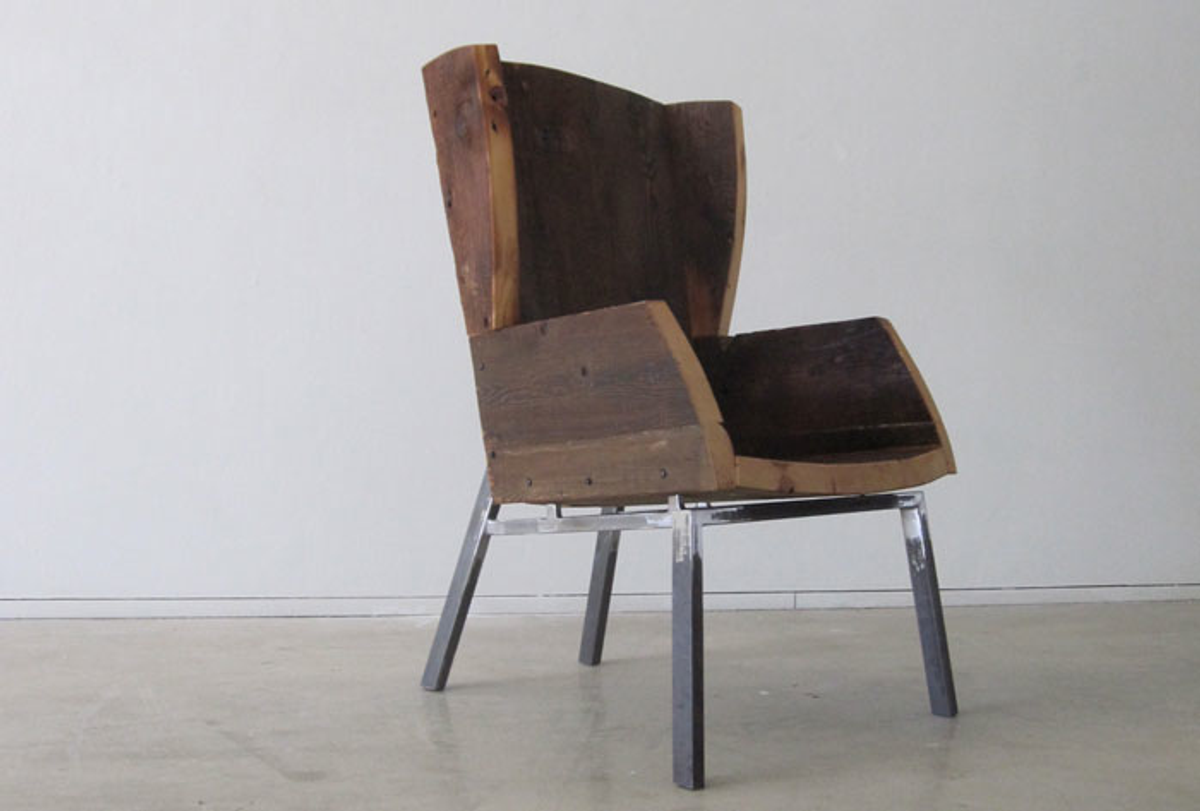 Today, we have greater access and more speed to information than ever before. Everything we interact with is location-aware, self-logging, self-documenting and uniquely identified. Amazon can tell us what books we might like. Netflix is able to recommend movies. Even our supermarket can provide coupons tailored to our purchasing history. We live in an information universe where we have all the answers for questions we don’t even know we are asking.

In a recent show at Studio Couture Detroit called Into the Network, I asked designers and architects to revisit what design means in this new information universe. In the new century, America has completed its transformation from a manufacturing society with an industrial base into a global networked society dominated by code and data. Old hierarchies and power structures of the industrial age disappear as new modes of work and social organization are established by digital technology. Huge industries have dissolved, governments have toppled, and established economies have collapsed while new ones emerge.

The networked society has fundamentally shifted the context and contents of our designed environment. The mass produced of the industrial age now lives alongside an array of niche products more readily able to address the needs of a tribe culture. This industrial age has bred skepticism on the side of the consumer. We miss the authentic, the ad hoc, the idiosyncratic and the handmade.

In the show at Studio Couture, designers and architects responded to this absence of personality in our networked society by creating low-tech, high-touch design interventions. The show emphasized the physical and the emotional through functional design artifacts that have a clear sense of time and space. Each object had a strong sensitivity to craft and materiality while also engendering awareness of the physicality of the human body and the history of where the object was made. The gestures encouraged the natural and pure, combating the design ubiquity of late.

In Seth Keller’s work, the Salvaged Wingback, he emphasizes the role of the vernacular archetype in the post-information age. As evidenced by the success of the PT Cruiser and the rise of New Urbanism, the public wants to drive the car their parents drove and live in the town their grandparents grew up in. The strength of Keller’s work is that it abandons any sense of kitsch or pastiche associated with the vernacular design object of Postmodernism through his inventive use of salvaged materials and his sensitivity to craft. We are presented with the form of a wingback chair but with soft, plush cushioning exchanged for austere, salvaged lumber. By shifting and remixing material contexts, he dispels illusion and allows the viewer to contemplate both the historical significance of the form and the transformation of the lumber from floor joists in a dilapidated house in Detroit into the chair structure.

Christopher Schanck engages new methods of strange-making with the ready-made in his D.I.B.S. series. With the slick and mass produced, we search for the nuanced to create meaning and ownership. We want to see the seam-line from a mold, the corner of a peeled-up veneer, or the scratched chrome surface that reveals a plastic substrate. It is through these deviations and perversions that we form relationships with readily available industrial-manufactured objects. We differentiate our MacBook from our colleagues by the dent on the case or the missing letter on the keyboard.

Schanck’s D.I.B.S. collection subverts the need for personal myth-making with objects. In this series, he engulfs scavenged urban detritus -- each with its own history -- in polyurethane spray to create alien, but evocative forms. The original objects are simultaneously objectified -- think tar and feathered -- and elevated into nuanced singular hybrids. He intentionally sources objects that have fallen outside their means of distribution. He uses milk crates abandoned in gas station parking lots, soda pallets discarded in supermarket dumpsters, and glass remnants from unoccupied buildings. These sourced objects are familiar, but ubiquitous. He intends for these objects to be functional, and by doing so, he allows the user to pick and choose the context and affordances of the objects. It can be a light, a storage unit, a side table, or all three simultaneously. Through interacting with the objects on a functional level, they become familiar and then endearing.

In Jack Craig’s Broken Surface Bench, he revisits the ready-found in design. We understand the built environment through the proportions of the stock-standard -- the 2”x4”, 4’x8’ sheet-stock, and the 9”x16” CMU. The bench emphasizes syntax of materials instead of the semantics of the human interaction. In the networked society, we expect objects to be transparent and full-featured. We do not want, nor expect, to read manuals or follow directions. We should be able to use every feature on our new smartphone the moment we leave the store.

Craig challenges the transparent and full-featured. He takes that which is typically implicit and structural, and makes it explicit and formal. He exchanges the 2”x4”’s latent tensile strength for its explosive compressive failures. Rough, splinter wood is encapsulated and fossilized in glass-like epoxy resin. The result is silently beautiful -- a remnant that becomes a relic. We know the proportions and materials from weekend trips to Home Depot, but he subverts our understanding of the built environment.

These three examples – as well as the other work in the show – evidence a new strategy for creating meaning in design and innovation in the networked society. The works are not about a renewed sense of craft as common response to globalization and the networked society, but instead a fundamental shift in our understanding of narrative structure. These designers focus on gesture and intonation – both of which disappear in a digitally mediated environment. People talk, laugh, smile, shout, punch and cry.

How do you smile or create emotion in a digital space? How do you speak to unique and shared experience, provide history and feeling, all important components of a meaningful objects? Sure, “LOL,” “BRB,” and ☺ as much about what is explicitly stated as it is about what is implied through gesture and intonation. These works emphasize a conversation and engagement through the haptic.

Consciously or not, Keller, Schanck and Craig borrow from a history of post-literacy pioneered by the graphic designer Tibor Kalman. In the early 1990s, he advocated that design evolved to a point where words were secondary to images, and that the power of design lies within the poetic ambiguity between unaffected images. Could it be that 20 years later we live in a post-image society where images are secondary to objects and interactions, and the role of the designer is to author and curate collections of seemingly unaffected, but emotionally coherent objects?