Newt takes the lead in a Gallup poll 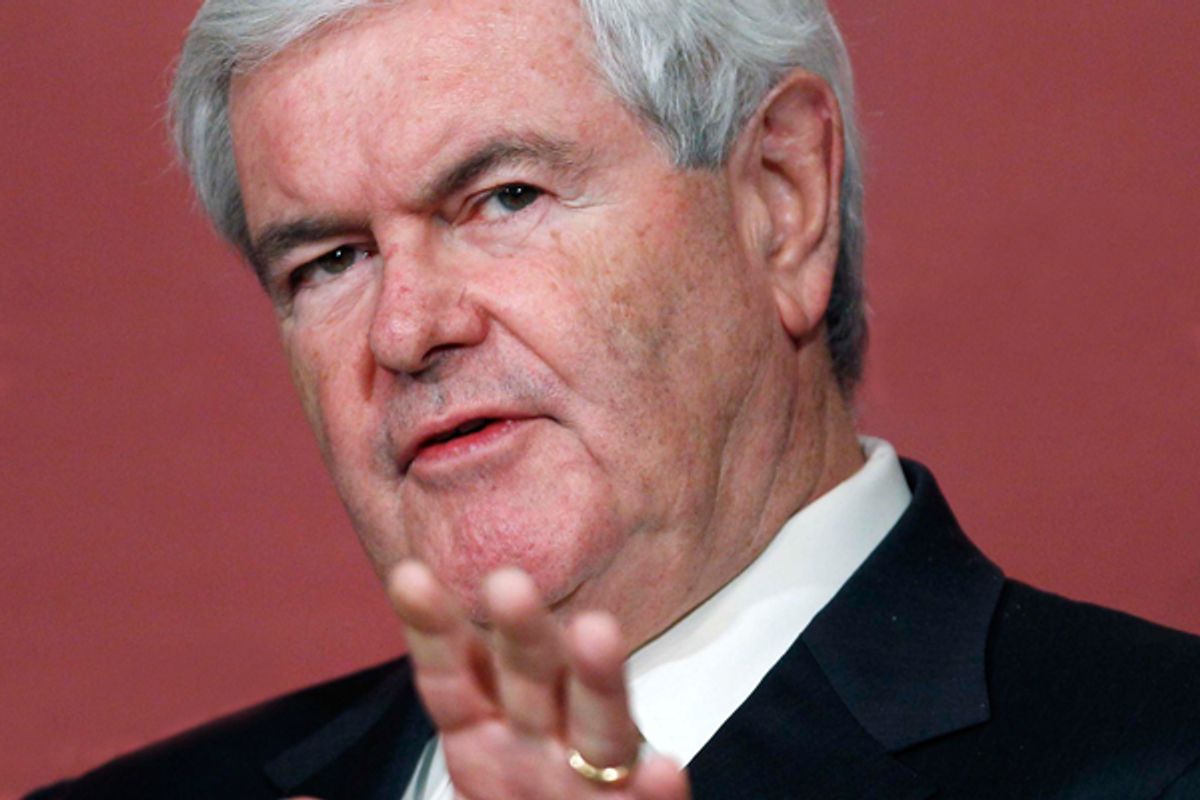 A venerable name in polling has now confirmed what the Democratic-affiliated Public Policy Polling first discovered last week: Newt Gingrich has grabbed a narrow lead in the Republican presidential race. A Gallup survey conducted for USA Today puts the former House Speaker ahead of Mitt Romney by a 22-21 percent margin, with Herman Cain sliding back to 16 percent and everyone else in single digits.

According to USA Today's Susan Page, Newt is the sixth Republican to finish first in the poll this year. Gingrich, who is quoted extensively in Page's article, suggests his candidacy would never have caught fire if Rick Perry had been a more competent candidate:

"I had told my team when Perry came in … that if he could hit major-league pitching, that we would never have the weight to get past him," Gingrich recalls, ticking off Perry's assets: "The governor of the second-biggest state in the country, capable of matching Romney in money, and adequately conservative."

He also calls himself a "perfect" fit for the Tea Party movement:

"If you go out and see what's happening in the Tea Party, the last thing you want is a passionless election," Gingrich says, then refers to the epic movie about the battle for Scottish independence in the 13th century. "Remember Braveheart? These people want somebody who plants a flag in the ground, gives a speech and yells 'Charge!' "

These new numbers figure to add to the sense that Romney faces stiff resistance from the Tea Party wing of the GOP, which seems to be cycling through one Romney alternative after another without ever giving the former Massachusetts governor a serious look. An argument can be made that this talk is overstated; Romney's favorable/unfavorable numbers with Republicans are actually very solid and he does well in hypothetical one-on-one races against fellow GOP candidates. Still, this has yet to translate into any measurable uptick in support for him. Whenever the Romney alternative du jour has collapsed this year, the support has just gone to someone, anyone other than Mitt.