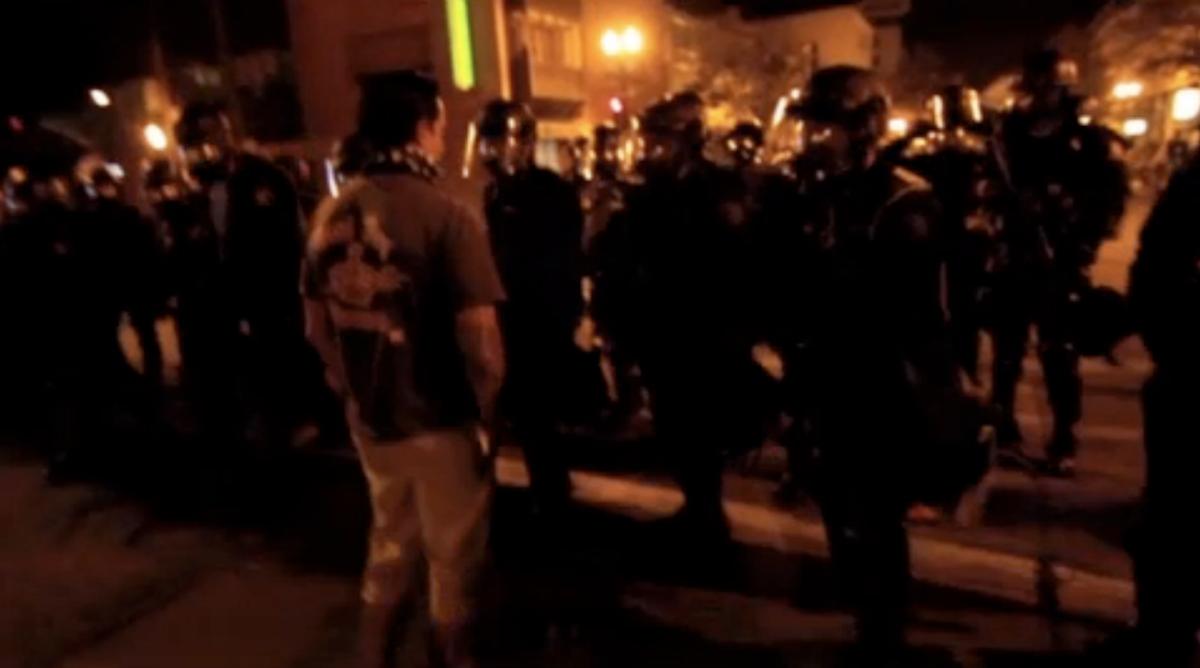 Add this to the growing collection of massive police overreactions to the Occupy movement caught on camera. The following video, taken early this month, shows an Oakland police officer first yelling at, then chasing and beating 32-year-old military veteran Kayvan Sabehgi with his baton, according to The Guardian. Sabehgi, who served in both Iraq and Afghanistan, was later hospitalized, having suffered a ruptured spleen. This marks at least the second occasion on which Oakland police have seriously injured a veteran; Scott Olsen, who was struck in the head by a tear-gas canister in October, causing a fractured skull, was released from the hospital last week.

[Warning: This video could be upsetting to some viewers.]