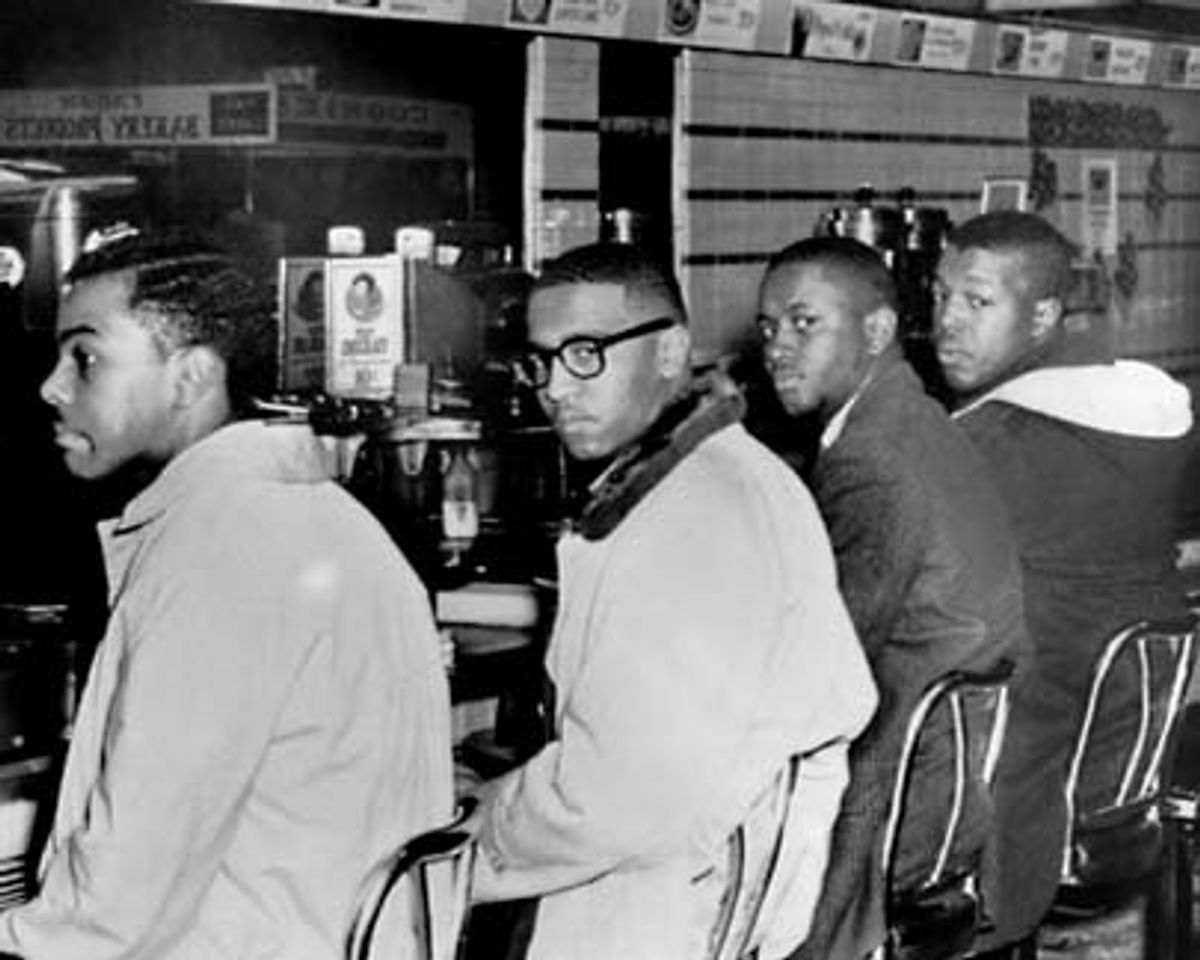 When squaring off against unaccountable and abusive power, sometimes the only course of action is to plunk down and fix a stake. The history of social protest in the United States is the history of people taking a stand, but in the last century this has increasingly meant taking a seat. In response to injustice, Americans have learned to gather their fellow aggrieved, park somewhere symbolic, and make their lack of movement the message. Dissent transformed into a fixed community quickly becomes an object of orbit instead of a subject. It commands attention instead of pleading for it. As Occupy Wall Street has shown, occupation protests are young planets that shift gravity.

OWS is the latest in a long American tradition of encampments and sit-downs. These actions often act as harbingers of larger movements and historic shifts in public opinion. Jacob Coxey’s army of homeless migrants may not have succeeded in occupying Washington in 1894, but his effort marks the beginning of a period of militant labor agitation and public anger over growing wealth inequality. OWS could one day appear to future generations as a similar bookend. Already the literal “occupation” part of OWS is coming to an end, and giving way to something bigger than any city park or bullet-point list of financial industry reforms. The dispersed tent-towns of New York and Oakland, Calif., expanded and sharpened the focus on this country’s ever more disgusting disparity between the rich and the rest, and out of them have grown calls to occupy the food system and occupy the rooftops.

The following gallery is an overview of the American occupation protest tradition.