America deserves better from its business leaders: Making a profit shouldn't be the only bottom line 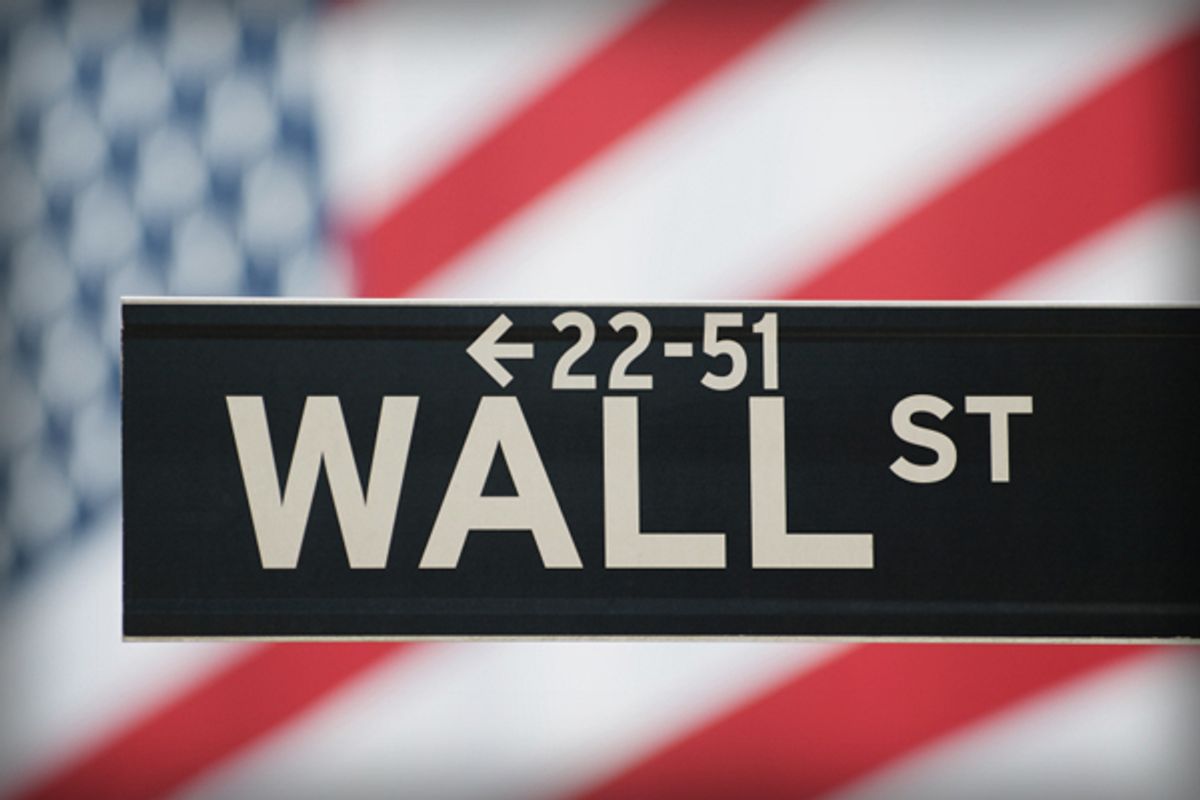 Do corporations have a social responsibility to be decent, upstanding citizens? Is there a moral imperative that the likes of Bank of America, General Electric and Apple should boost employment, refrain from contributing to inequality, or restrain themselves from despoiling the environment, simply because those are the right things to do?

If you spend even a cursory amount of time investigating this question, you will speedily find yourself reckoning with the answer delivered four decades ago by the economist Milton Friedman: A most emphatic no.

In "The Social Responsibility of Business Is to Increase Its Profits," originally published in the New York Times Sunday Magazine in 1970, Friedman, the arch-deacon of free market economics, declared that any businessman who thinks a corporation should take "seriously its responsibilities for providing em­ployment, eliminating discrimination, avoid­ing pollution and whatever else" was "preach­ing pure and unadulterated socialism."

Busi­nessmen who talk this way are unwitting pup­pets of the intellectual forces that have been undermining the basis of a free society these past decades ... In a free-enterprise, private-property sys­tem, a corporate executive is an employee of the owners of the business. He has direct re­sponsibility to his employers. That responsi­bility is to conduct the business in accordance with their desires, which generally will be to make as much money as possible while con­forming to the basic rules of the society, both those embodied in law and those embodied in ethical custom.

The great irony of Friedman's hard line is that in 1970, his words probably sounded much more extreme than they do today. Despite decades of lip service to the idea of "corporate social responsibility," the notions that corporations do best when most untrammeled by regulatory constraint or that they should only be guided by a desire to generate the maximum return on investment for their shareholders are now bedrock ideological fixations of the contemporary Republican Party.

In fact, one could well argue that we are currently closer to Friedman's utopia than during any other period in living memory. The Supreme Court has vastly loosened restrictions on corporate spending on the political process, trade policy has supported a decades-long trend toward foreign investment, offshoring and outsourcing, corporate taxes are at a historic low, and even the worst financial crisis in decades has hardly resulted in more than a slap on the regulatory wrist for the guilty parties.

But one wonders what even Milton Friedman might think if he could survey today's wreckage. Would he have any remorse at the sight of bailed-out banks generating huge profits while ordinary Americans struggled to find and keep jobs and millions more faced foreclosure? Would he feel any necessity to reexamine his own argument, in particular that line that states that businessmen should conform "to the basic rules of the society, both those embodied in law and those embodied in ethical custom"?

Because the huge loophole gaping wide open there is hard to miss. It has two parts:

First, what does it mean to play by the rules when you are writing the rules in your own favor? It is obviously in the interest of corporations to lobby Congress for laws that help them to increase their profits. But it is by no means clear that such a practice is in the best interest of society as a whole.

Second, there is the matter of just what precisely is defined as "embodied in ethical custom." What do Americans believe, what values do we share that should, perhaps, also be shared by our corporations? Inadvertently or not, by throwing "custom" a bone, Friedman opened up a huge can of worms. Maybe, as a society, we do believe that corporations have an obligation to boost employment at home rather than abroad, or pay their fair share of taxes. Maybe, as a society, we think it is repugnant that Fortune 500 CEOs make 400 times as much as their average worker. Maybe, in general, we support the clean air and water regulations that corporate lobbyists are so eager to castrate?

And maybe, just maybe, we believe that corporations that are bailed out with taxpayer funds have an extra responsibility to behave as responsible citizens, and not merely as amoral profit-generating automatons.

There are other considerations to contemplate as well that Friedman appears not to have taken into account. For example, in a society where economic activity is dominated by consumers, doesn't it matter what consumers think? In other words, if enough people find Nike's Asian labor practices or Citigroup's foreclosure rate so objectionable that a meaningful number actually switch their business, isn't it in the profitmaking interest of those corporations to change their behavior to match consumer expectations?

The time is ripe for a reevaluation of the role of the corporation in American society. The passion motivating Occupy Wall Street protesters tells us this, as does the spectacle of a political and economic system that is so clearly broken.

Therefore, in the spirit of contributing to enhancing consumer enlightenment as to how our corporations rank as responsible citizens, Salon is launching a new series: The Corporate Citizen Challenge -- an attempt to rate the good citizenship performance of America's biggest companies.

Look for the first installment the week after Thanksgiving. We'll start with the big financial institutions that benefited the most from government bailouts. We'll evaluate them according to a series of metrics: job creation, dollars spent lobbying, total taxes paid, executive compensation, impact on the environment, and others.

But we won't limit ourselves to just the likes of Citigroup or Bank of America. Every U.S. corporation, whether saved from bankruptcy by the federal government or not, deserves a hard look -- and we welcome suggestions as to likely targets for our gaze.

Milton Friedman would hate this project -- which, in and of itself, is one big obvious reason why we should undertake it. But let's give him credit: He opened the door to this journey with his nod toward that mysterious concept of "ethical custom."

What are our ethics? How do we want our corporations to behave? And shouldn't we take our business elsewhere if we feel our values are being trampled? Legally speaking, the corporation is an "artificial person." The Supreme Court obviously believes that these artificial people are true citizens insofar as their right to free speech -- in the form of political advertising -- is concerned. But if corporations are people too, with the rights that pertain thereto, shouldn't they also bear some responsibility?