The powerful graphics of OWS

On the movement's two-month anniversary, I check out the latest set of eye-popping posters 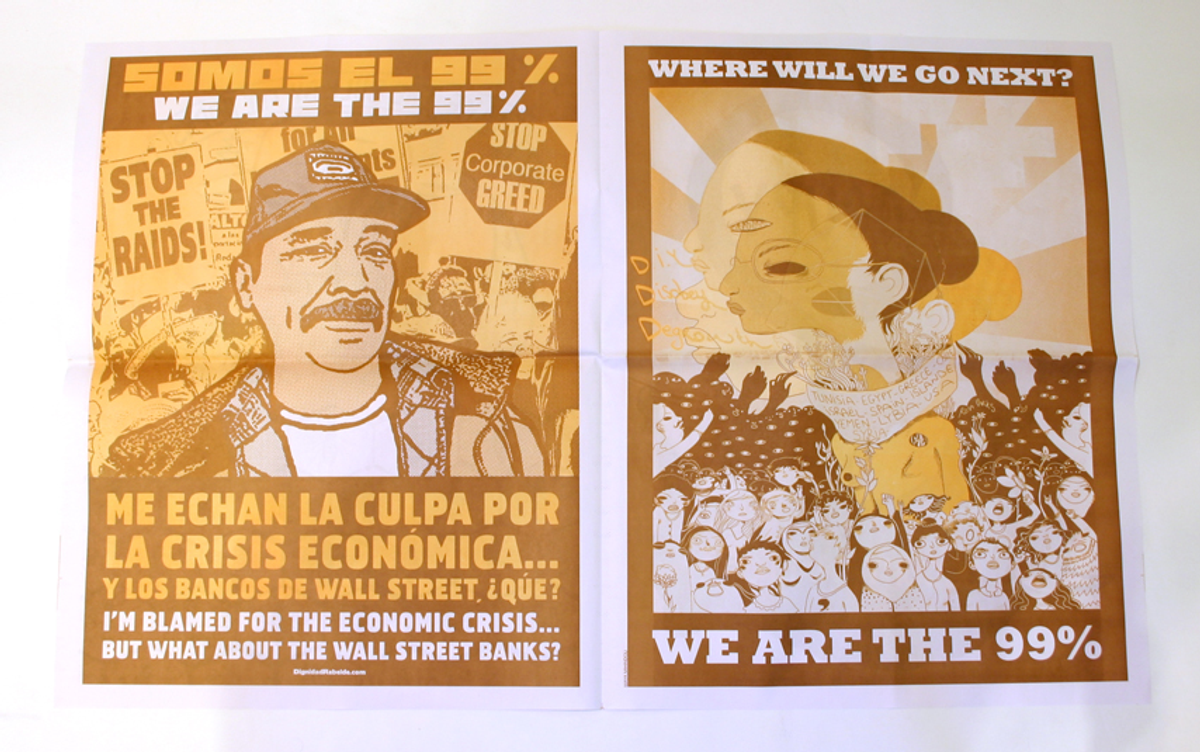 Last week I visited Zuccotti Park, the shaky seat of Occupy Wall Street. It was Thursday, the two-month anniversary of the Lower Manhattan encampment, and although the NYPD raided it earlier in the week and rousted the protesters from their tents, there was a sizable crowd there before 7 a.m. They were there to march on the New York Stock Exchange, the first in a series of events that day, ending with a rally in Foley Square. At the park, I picked up the newest issue of the Occupied Wall Street Journal, the movement's free newspaper, which is produced by volunteer designers and printers. I had seen the first issue in early October, and though it was impressive, this latest edition, a series of posters, is a marvel. Whether or not you think the movement could benefit from professional branding (and I'm with Steven Heller on this one), you can't pretend anymore that it hasn't produced beautiful, powerful visual work. Have a look at some highlights from the issue, or better yet, pick one up for free in Zuccotti Park.