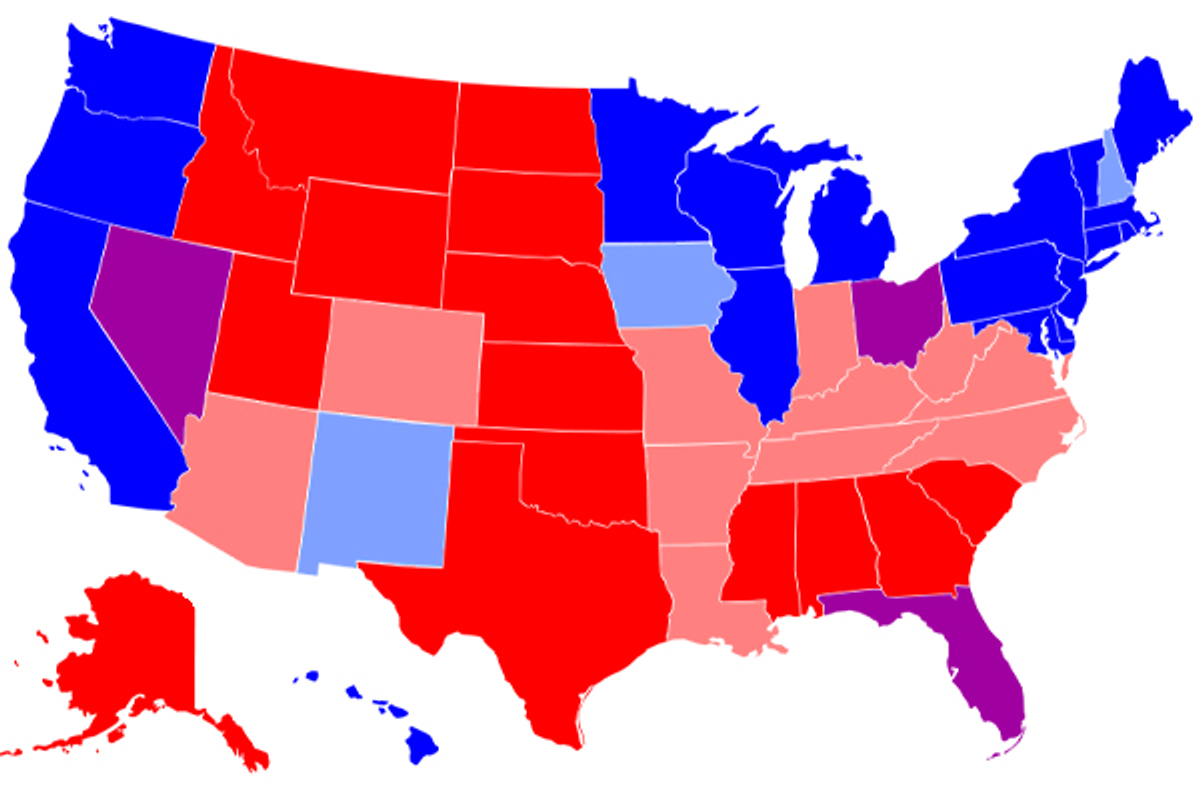 The blue social model is collapsing.  So proclaims Walter Russell Mead, one of the most thoughtful observers of the contemporary scene (and, I should add, a co-founder with Sherle Schwenninger, Ted Halstead and me of the New America Foundation).  In a series of posts at his blog, Via Meadia, he argues that the blue social model of liberal cities like New York and San Francisco is doomed.  That model depended on taxing a small number of super-rich rentiers in the FIRE (Finance, Insurance, Real Estate) sector to fund generous public services for the urban poor.  Economic development policy focused on amenities for affluent professionals, who flocked to trendy neighborhoods in big blue cities even as rising real estate prices drove productive businesses and the middle and working classes out to the suburbs or the South and West.

Now, according to Mead and the economic geographer Joel Kotkin, the blue model is in crisis.  The revenues of blue states and cities have cratered along with the portfolio of many (but not all) hedge fund managers and Silicon Valley tycoons. Raising taxes on the undertaxed rich is a good idea, but it is no substitute for economic diversification and productive industry.

Over the longer term, software threatens to destroy the jobs of many of the credentialed upscale professionals who have replaced the working class as the main constituents of American progressivism in the last generation.  Slashing generous state and local welfare programs for the poor threatens the peace treaty among the social classes in blue urban America.  As a wealthy liberal journalist in lower Manhattan once complained to me, “Don’t the conservatives understand that if we cut welfare those people in Harlem will march down here and slit our throats?”  (Maybe that’s their plan).

Federal subsidies to the conservative red states take many forms. Beginning in World War II, Southern politicians planted military bases and factories throughout the South and the West, and defense spending continues to be a major part of the red state economy.  Then there are agricultural subsidies and federal highway subsidies.  Nor should we forget the tax-exempt status of evangelical Protestant megachurches, some of which own multiple buildings, schools, camps, bus fleets, TV and radio studies, and bookstore chains -- all tax-free.

But even leeching off taxpayers in other parts of the country is not enough to provide Texas with a decently educated workforce.  While mass unskilled immigration skews some of the numbers, Texas and the South were at the bottom in social indicators even before the present wave of immigration began.  With respect to high school graduation rates, Texas is 31st in the nation, and when it comes to SAT scores it is No. 44.  Texas wins the race to the bottom with the percentage of its population over 25 with a high school degree, coming in dead last at 50.  (But Texas is No. 1 in executions).

While diverting blue state taxes, Southern and Western politicians have stolen blue state jobs.  Southern economic development policy in particular has long rested on “smokestack chasing” -- luring away industries from the Northeast and Midwest, and, recently, Germany and East Asia, with offers of cheap, non-union labor, low environmental standards and bribes in the form of state and local government subsidies, paid for by higher regressive taxes on the poor.

Don’t be fooled by talk of the “libertarian” West.  Red state America is really just the former Confederacy, including Texas, with some over-represented, low-population Mountain and Plains states thrown in.  The social ideal of the neo-Confederate right can be summed up as follows:  voters who don’t work and workers who don’t vote.

Ever since the federal government deprived them of their slaves, the Southern elite has sought to create the functional equivalent of slavery, by creating a low-wage work force stripped of bargaining power and voting rights. Until the civil rights revolution, the neo-Confederates did this on the economic side by creating unfree labor systems like tenant farming and the convict-lease system, as well as “right-to-work” laws to stifle unionization in their region.  Keeping welfare benefits low, and controlled by local elites, forces Southern workers to accept jobs on the terms offered by Southern employers.  On the political side, Dixie’s politicians used poll taxes and residency requirements to strip poor blacks and poor whites of the right to vote.

Flash forward to today.  What are the objectives of the Republican Party, now that it has been hijacked by the ideological heirs of Jefferson Davis?  In economics the goal is constructing a neo-Confederate states’ rights regime, in which states can unilaterally lower minimum wages and lower welfare benefits, in order to create a “reserve army” of workers so destitute they will accept work on any terms.  At the same time there is a concerted campaign by Republicans at the state level to use the mythical threat of mass voter fraud to effectively purge poor blacks, poor whites and poor Latinos from the voting rolls, by making it difficult for them to register to vote.  (And Northern intellectuals think the politicians of my native South are stupid.)

Already Texas ranks 45th in the percentage of its voting age population that votes.  Surely right-wing Texans can try harder and make it to 50!

The truth is that the red state social model is as broken as the blue state social model.  The blue social model requires a swollen FIRE sector as a cash cow to fund government functions, a generous welfare state, and Starbucksy neighborhoods with subsidized mass transit for credentialed hipsters in brick-walled lofts.  The red social model also depends on a swollen FIRE sector that can be tapped for subsidies to red state soldiers, agribusiness and megachurches, as well as to red state governments that take advantage of subsidies from blue America to lower their own taxes. Money from the bloated financial sector allows blue states to impose stifling environmental regulations, driving productive industries to the red states, which lure them not only with low environmental standards but also low-wage, non-union labor, supplemented by illegal immigrant workers.