When pimps cross the line

A pimp tries to get himself admitted as an expert witness at his own trial. Hey, why not? 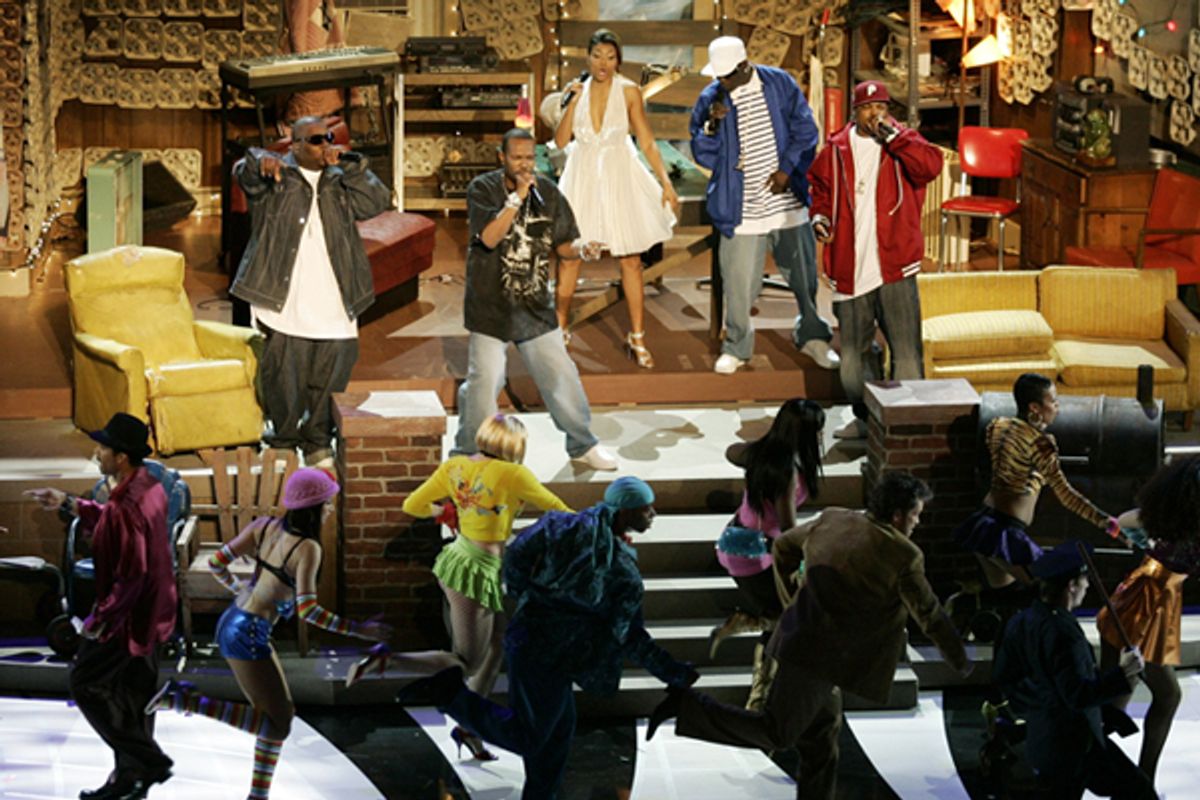 Yesterday, 29-year-old Anthony McCord tried to get himself admitted as an expert witness at his own trial -- an expert on pimping, that is.

“I've pretty much read every book, saw every movie and heard every song relating to the subject matter," he told a Brooklyn judge, according to the New York Daily News. (Efforts on Tuesday afternoon to ascertain just which cultural products are definitive in this regard were unsuccessful.) Answering the standard questions about his qualifications as an expert witness, McCord also said he had attended two national conferences on pimping -- perhaps one of these -- and was “a member of a quiet society of pimps.”

Quiet? For decades, feminists and advocates for sex trafficking victims have been trying to stem the tide of pimp glorification in pop culture. And for decades, almost no one has given a shit. McCord may be an innovator in his particular audacity, but he's by no means alone.

For a clue at why one might want to poop the pimping party, just look at why McCord's on trial. He's been charged with rape and robbery. According to the New York Post, he is "accused of beating up two girls in his stable and raping one of them as payback for stealing his computer." One woman was beaten and raped for "freelancing" without tithing to McCord. His expert testimony was supposed to show that this was standard operating practice in the pimp-prostitute relationship.

He may be right about that much. When mocking James O'Keefe's ridiculous get-ups or '70s camp nostalgia, it's easy to forget what is really being talked about here, as blogger Michele Clarke realized when she asked a few strangers to define a pimp after Three 6 Mafia won the Best Song Oscar for "It's Hard Out Here For A Pimp."

One young man answered, "They wear these fancy hats and drive big cars," and began to giggle. "They manage stables of prostitutes," crisply answered a second, obviously a B-school graduate.

Yes, sex work is a business too, but pimps are easily the most exploitative part of it -- they're the kidnappers and the coercers, the ones handing out substances and beatings and rapes to make sure the enslavement is complete. On the other hand, that B-school graduate and Anthony McCord might have a lot to talk about when it comes to efficient but amoral management.