Evictions: A win for Occupy? 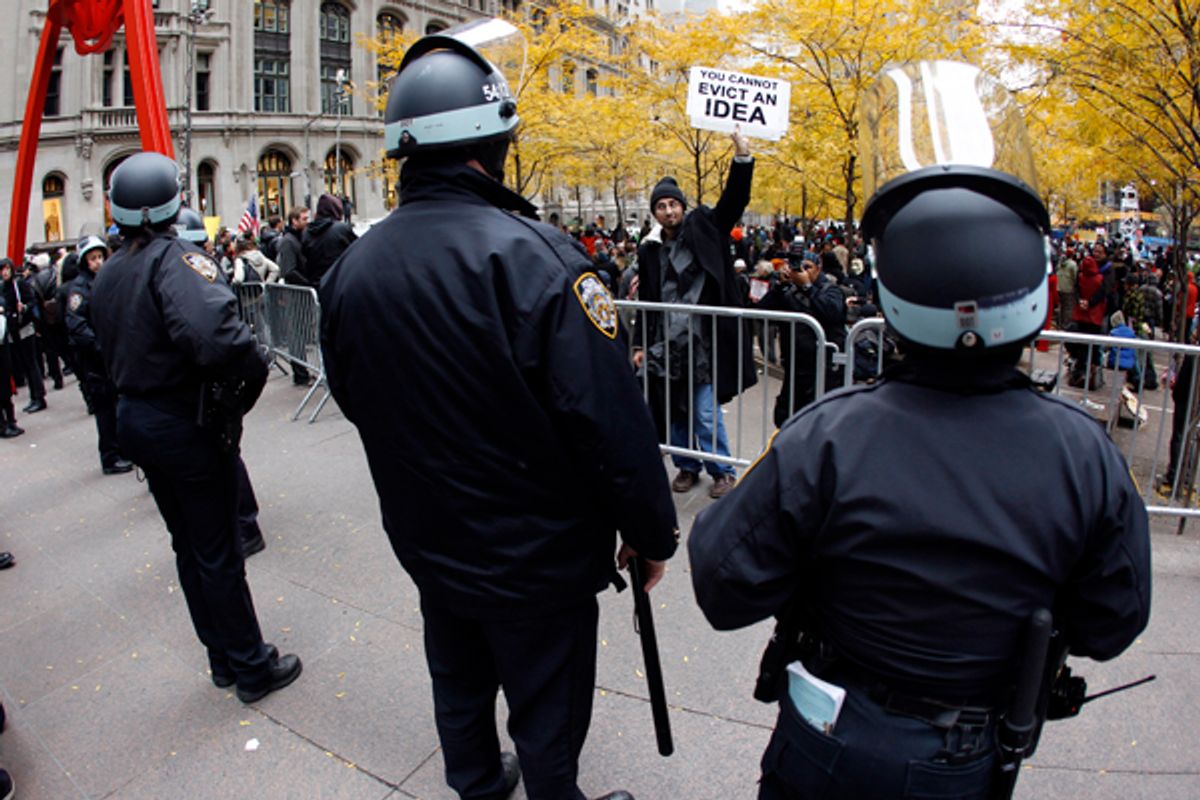 The series of evictions and police confrontations experienced by the Occupy movement in recent days has generated another surge in media and public interest.

All totaled, the Occupy Wall Street story accounted for 13% of the overall newshole during the week of November 14-20, according to the Pew Research Center’s Project for Excellence in Journalism.

That coverage marked a major spike from the week before when media attention to the protests had dropped to just 1% of the newshole. ...

News about the demonstrations unfolded dramatically last week, as Occupy sites in Oakland, Portland and other cities were cleared by law enforcement, precipitating a spike in arrests and several injuries. And coverage really took off when New York’s Zuccotti Park, the birthplace of the movement, was cleared of encampments for cleaning on Tuesday, November 15.

Dave Weigel argues that this may be a Pyrrhic victory for the protesters because attention on the police is detracting from any economic critique. Matt Taibbi makes the case that the police response has a deeper significance.

Meanwhile, Micah Sifry's latest analysis of "likes" of Occupy groups on Facebook finds a big jump after the eviction from Zuccotti last Tuesday:

So it seems clear that New York Mayor Michael Bloomberg -- and police departments around the country -- have given the Occupy movement yet another injection of energy.