How turkey came to our Thanksgiving table

Once shunned by my Muslim family, the bird finally found a place in our home, just like so many American traditions 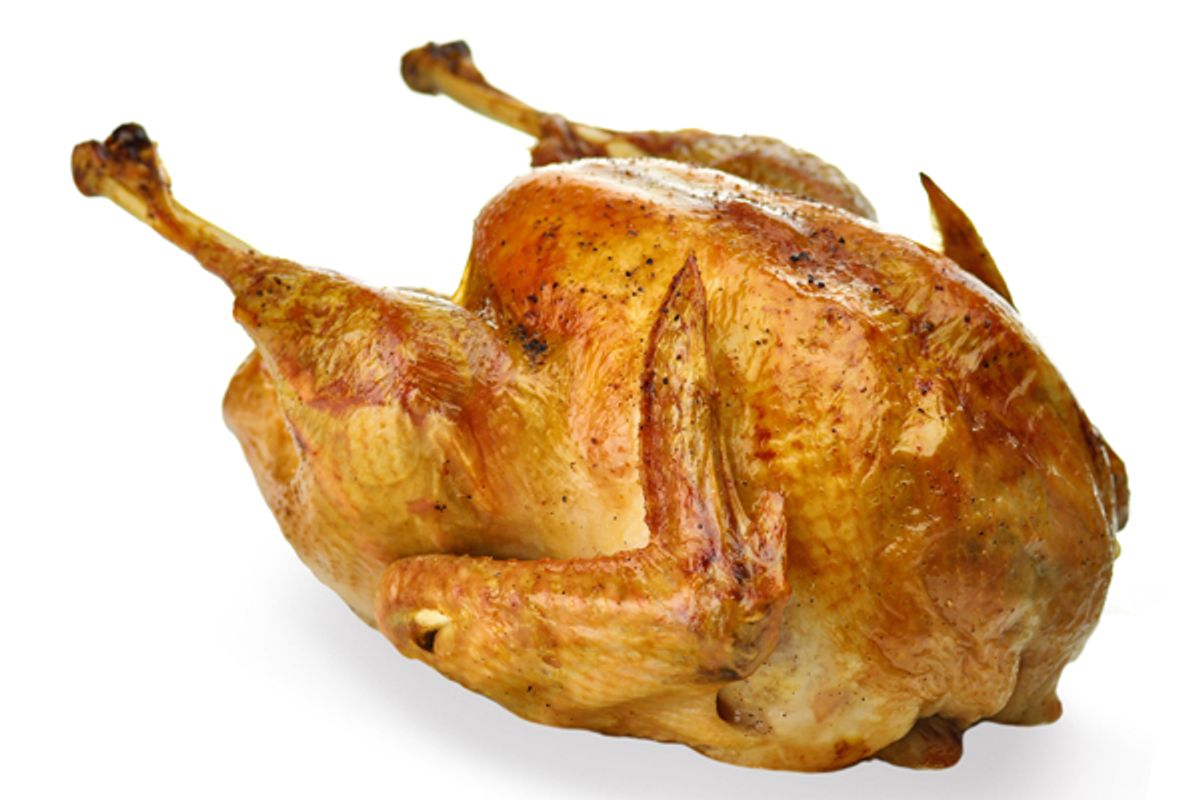 My Pakistani and American Muslim social circles celebrate Thanksgiving each year alongside our Eid festivities and Super Bowl Sunday parties, featuring homemade guacamole dip, chips and samosas. But it wasn't always like this. For my family, this marriage between East and West was three decades in the making.

As a child, I often asked my mother what we were eating for Thanksgiving.

“Are we eating a turkey?” I asked.

“No, only Amreekans eat turkey.”

Any immigrant or child of immigrants understands that “Amreekan” is a code word for “the mainstream,” which really means “white people.” In addition to celebrating Thanksgiving with a turkey, here are some other things we learned only “Amreekans” do:

Now, I don’t begrudge my parents their position toward turkey. It's a confounding bird for most immigrants, who are generally more comfortable with the bleats of a goat or a lamb, the squawks of the simple-minded chicken. The turkey was an enigma: a heavy, feathered bird with its “gobbledygook” mutterings, freakish red wattle and vast supply of dry, juiceless meat.

“Do the Amreekans realize it is dry?" ask my still perplexed relatives living in Pakistan. “Where is the masala? The taste? The juices? Why do they eat this bird?”

Besides, most first-generation immigrants in America retain the romantic, deluded concept that “We will eventually go back home to the Motherland.” They will never be “Amreekan.”

Of course, they never do go back and instead firmly plant their familial, cultural, economic, religious and political roots in this foreign yet welcoming “Amreekan” soil. They have second-generation kids -- yours truly -- who are as “Amreekan” as apple pie, burritos and biryani.

And so Thanksgiving traditions began to leak into our old-school immigrant mentality. I watched the annual Macy’s parade, hoping to see a Spider-Man float. I played Super Mario on my Nintendo and looked forward to spending the evening with Snoopy, Linus, Charlie Brown and the gang, all the while eating a traditional Pakistani dinner. No turkey -- yet.

The ’90s: Introducing the Thanksgiving Chicken

In my teen years, I discovered hair in new places and found the courage to demand authentic “Amreekan” requests from my parents.

“Give me turkey, woman!” I once commanded my mother for the upcoming Thanksgiving festivities.

“Here’s some money. You buy it and make it yourself if you like it so much,” she replied.

During this decade of grunge and Bill Clinton, the immigrant generation in our family gradually replaced the “We will go back to the motherland” mantra with disillusioned rants about how “The motherland is going to hell” after they returned from visiting.

American pop culture effortlessly coexisted within the confines of our Pakistani-American home. Visiting from college one day, I descended the stairs to Nusrat belting out a qawwali in Punjabi. Moments later my father changed the track to Jimi Hendrix’s "Purple Haze." He was in the kitchen rubbing traditional South Asian spices into pieces of steak he would later cook on his brand-new George Foreman grill.

My mother relented to my requests and made a meal on Thanksgiving. Instead of cooking a turkey, though, she insisted on roasting two whole chickens.

“What’s the point of having a chicken on Thanksgiving of all days?" I asked. "It’s like passing out omelets to kids on Easter instead of colored eggs.”

“I like chickens. I can cook a chicken. Chickens are tasty," my mother replied. "I’m not wasting my time cooking a dry bird.”

She ruled the kitchen with an Iron Ladle.

But the consumption of “some form of a bird” on Thanksgiving was remarkable progress toward fully celebrating this Amreekan holiday. Furthermore, the religious clergy in our communities realized the obvious: Thanksgiving dinner is actually harmonious with Muslim values. After all, aren’t we reconciling with our family and communities and being thankful and grateful for all of our blessings? Isn’t that what Muslims are supposed to do on a daily basis?

Score one for theology in supporting rational arguments to consume dead birds.

It wasn’t perfect -- but it was a start.

The new century: Let there be turkey

The 21st century opened the culinary floodgates. It was a brave new world. Turkeys were unleashed to South Asian and Muslim American homes on Thanksgiving with wild abandon. No American holiday would be left unattended and no holiday sale would be forsaken by the immigrant communities! The musings of “going back to the motherland” have now transformed into semi-annual visits to see relatives and nothing more.

Even Muslim butchers are readily selling Halal turkeys in their local community shops. (Halal meat refers to animals slaughtered according to Islamic custom similar to Kosher slaughtering practices for Jews).

2002 was the “Great Turkey Explosion,” when Chandni, the neighborhood South Asian restaurant/wedding reception hall/religious ceremony hall/miscellaneous space used for all celebrations, started offering an “authentic Thanksgiving buffet” for $11 on Nov. 24-25. I had heard rumors of this awesomeness, but I had to drive there and witness morsels of turkey flesh swimming in a broth of fat and oil to believe it myself. And, lo and behold, in front of the South Asian buffet table -- which featured lamb karahi, chicken tikka masala, and saag ghosht (spinach with meat) -- there was “Thanksgiving” buffet table with turkey, gravy, mashed potatoes and bread rolls.

In our home, my father made the official decree that the Ali family would now and forever more eat turkey on Thanksgivings – provided he could successfully cook it, which meant “Not cooking it like the Amreekans who always make it too dry.” He felt ambitious in his old age and wanted to test his expanding baking skills by finally tackling the Gobbling-Goliath.

His initial attempt in 2003 was conservative, baking the turkey over several hours as per custom. There was also corn. The mother made some chicken khorma as emergency along with Basmati rice. Some cans of mango and lime pickle achar (relish) were opened just in case. The turkey was both edible and tasty. The family had successfully conquered the mythical bird and stuffed it with so much masala juice it developed a South Asian accent, bhangra dance moves, good credit and IT tech support skills.

A few years later, the family decided to up the ante and “brine” the turkey after some intense Googling sessions researching “Best Way to Cook + Turkey.” This time, we added gravy, mashed potatoes and soft rolls to the menu, along with corn.

Some Thanksgiving staples, however, remained foreign. Yams could only be justified if it was added with meat to a curry. Pumpkins were still regarded as an “exotic vegetable” only to be seen and carved on Halloween. Cranberry sauce was something you drank out of a bottle as a juice concentrate and never ate on the side. “Stuffing” was still only understood as a verb and not an edible noun.

Fast-forward a few years to 2011, and lo and behold, our turkeys have been successfully baked, roasted, brined, deep fried -- and thoroughly enjoyed. The annual turkey now sits on a large dining table next to homemade sweet yams, mashed potatoes and gravy, corn bread, rolls, corn on the cob, and store-bought pumpkin pie and cranberry sauce. And yes, there is always a South Asian curry dish just in case.

We also wash down the gluttony with the American Muslim version of Cristal: Martinelli’s Apple Cider.

But this isn't just a story about how we integrated a strange-looking bird into our dinners. It's how my American Muslim Pakistani family integrated into the American cultural fabric. It's the same messy, colorful but inevitable way immigrants all over enter the American narrative, bringing their own flavors to collide, merge and spill outside the pot.

It’s as Amreekan as turkey and chicken khorma.