The most absurd red carpet ever -- at the airline gate

When airlines make top customers parade down a red carpet with their boarding pass, it merely embarrasses everyone 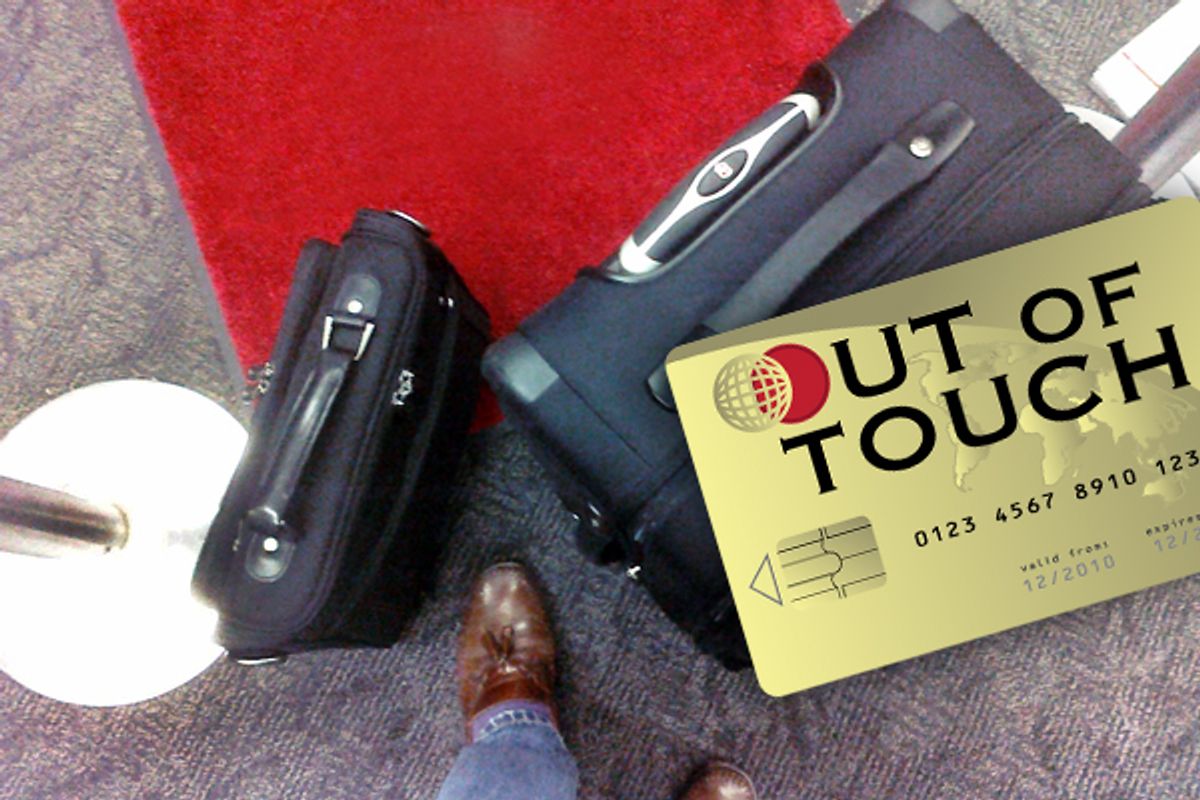 Airline travel is littered with indignities. Long lines, screaming children, cramped quarters, insane fees. Most ridiculous of all, however, are the tiny red carpets installed at boarding gates for "priority" passengers: the rich, the famous, the holders of frequent-flier cards.

What purpose do these gaudy, petty pieces of fabric -- awash in a larger sea of airport gray -- actually serve? It's one thing to board priority passengers first; they have likely paid through the nose for that particular privilege. But is it really necessary to physically separate them from their flight mates, herding them into a distinct but adjacent line -- and making them cross a brightly colored rug on their way out of the terminal?

In any case, it's not exactly a "red carpet," in the traditional sense. It's barely even long enough! No one stops to preen or pose, and it doesn't start or finish at any useful location. It takes you roughly three steps closer to your destination than you were before. A red carpet leading directly to the plane -- now, that would be something to see.

You rarely catch priority customers openly enjoying their red-carpet experience. Businessmen and other small-time dignitaries hurry across this area awkwardly, rushing to scan their boarding passes. Regular Joes lucky enough to have scored an upgrade are downright apologetic, keeping their eyes down as if to tell their fellow travelers, "I'm not one of those people." Underneath this veneer, they may be enjoying their star turn; it would still betray a certain insensitivity to show it.

However absurd this tiny stretch of fabric might be, once it stands before you, it's hard not to find its presence grating -- no matter which side of the little rope barrier you're on. Economy travelers, waiting with mounting impatience for their rows to be called, look on with barely concealed hostility as unencumbered passengers swan past the final checkpoint; red-carpet regulars glance furtively around or avoid eye contact completely, their willingness to shell out the big bucks for a plane ticket betrayed by their physical position in relation to an otherwise undistinguished piece of plush. The class divide -- or at least, a perceived one -- is brought rudely to the fore, and it's hard to imagine that the whole experience doesn't make everyone just a little bit uncomfortable.

If you're traveling by plane this holiday weekend, it's highly likely you'll encounter a red carpet or two yourself. Perhaps you'll actually be walking across it; perhaps you'll merely be an observer. Either way, take a look around and consider the bizarre effect it has. It succeeds in sorting people by the price tag of their tickets but fails in almost every other sense; one glance at the passengers in its vicinity should be enough to note it's less a luxurious bonus than a harbinger of mutual discomfort.