What the 1 percent can learn from cow farmers

We\'re all still working to make a profit, but no one practices Mitt Romney-style cutthroat capitalism 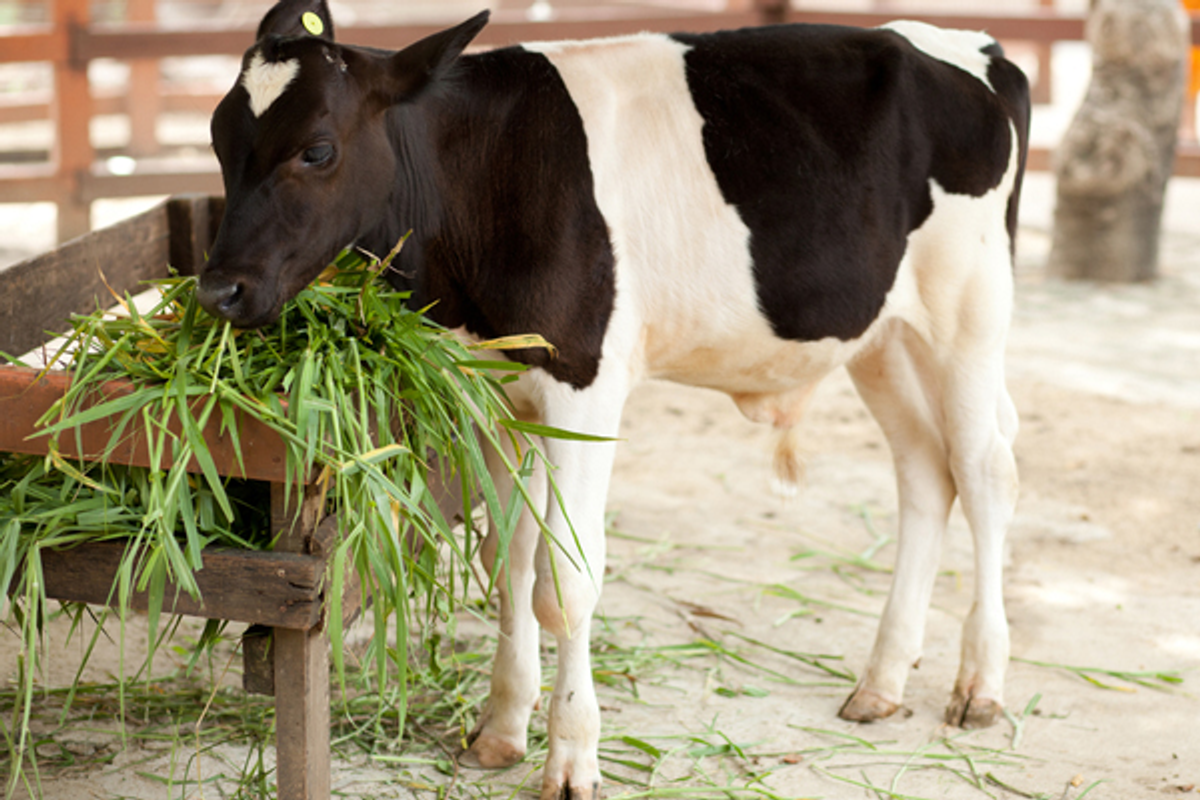 Living on a gravel road in a rural Arkansas county with more cows than people, I have much to be thankful for on my favorite American holiday. Hence a Thanksgiving lesson in boondocks economics: Last week I paid my hay man $2,200 for 55 round bales to see my cows and horses through the winter. That’s $40 apiece, a more-than-fair price.

Weighing 1,200 pounds, a single bale feeds half a dozen cows for roughly a week, depending on the weather. The colder it gets, the more they eat. There’s always a celebration among the big girls whenever I bring them a new one. Spontaneous head-butting matches, that kind of thing. The horses too start running and bucking when they hear my neighbor’s tractor coming to lift a new bale out of the barn and over the fence.

Anyway, here’s the deal: Due to the terrible Texas drought, buyers have been all over Arkansas paying upwards of $75 to $100 a bale. Flatbed trucks loaded with hay are a familiar sight headed westward on I-30 and I-40 toward Dallas and Oklahoma City. That’s a "save the ranch and pray" price. Nobody can pay anything like that amount to feed livestock and hope to make money. The alternative is to liquidate the herd—too painful to contemplate.

My man could easily have sold the same hay for $4,000 to $5,000. We had a brutal summer here too, although the rains came in time for a late cutting. He could have asked me for $50 a bale, and I wouldn’t have had much choice but to pay it. Knowing the small size of my operation, he understands that I’m not really in it for the money.

One man’s drudgery can be another man’s pastime. For reasons it’s hard to articulate, everything about caring for livestock makes me happy. Whenever politics gets me down, a walk through the pasture lifts my spirits. Are the GOP gong-show candidates debating? Who cares? Suzanne’s gone into labor. I’m hoping for a healthy heifer. As Swift noticed, there are rivalries among the ungulates, but no prevarication.

My friend does farm for a profit, although he and his wife also have day jobs. Mainly, it’s a way of life. Knowing his family, I’m guessing he wouldn’t feel right taking advantage of a neighbor on account of a dry spell. He also makes extra work for himself by storing the hay in his barn and loading it onto my truck one bale at a time, sparing me the expense of a tractor. I made a point of saying I appreciated his forbearance. I hoped it didn’t embarrass him.

See, out on the rural route, relationships are personal and communal as much as economic. It’s also smart to take care of local customers first. After all, it might rain in Texas next year, but God willing I’ll still be here and my cows will still be hungry. Meanwhile, nobody’s going long on hay futures in the commodities market. It’d be interesting to know what Federal Express would charge to overnight a bale to Amarillo.

So Mitt Romney-style pirate capitalism hasn’t yet taken over cattle country, although I recently read a depressing Reuters article about “investors who view U.S. farmland as the latest hot commodity” buying up family farms in Iowa. I’d be lying if I didn’t say a big part of me hopes they go broke.

I was thinking about all this recently reading Matt Taibbi’s latest cri de coeur about Occupy Wall Street. Sounding like Holden Caulfield on an espresso high, the Rolling Stone columnist described “something much bigger than a movement against big banks and modern finance ... This is a visceral, impassioned, deep-seated rejection of the entire direction of our society, a refusal to take even one more step forward into the shallow commercial abyss of phoniness, short-term calculation, withered idealism and intellectual bankruptcy that American mass society has become. If there is such a thing as going on strike from one's own culture, this is it.”

As my pal Jennifer says, the only kind of stock to own is the kind you can pet and feed handfuls of corn.

Anyway, there’s still a different America out here on the gravel roads, although it’s under siege too. The dumbest thing President Obama ever said was how “bitter” small town Americans “cling to guns or religion or antipathy toward people who aren't like them ... as a way to explain their frustrations.”

Yeah, well they cling to other things too, such as common decency and hard work. Partly for partisan reasons, casual contempt for “redneck” America appears to be growing even as the historic isolation of the countryside abates. What with satellite TV, high-speed Internet, my cellphone and Kindle, I’m not missing a whole hell of a lot out here.

Probably not enough is the truth.