The GOP front-runner continues to tour America's bookstores, babbling away 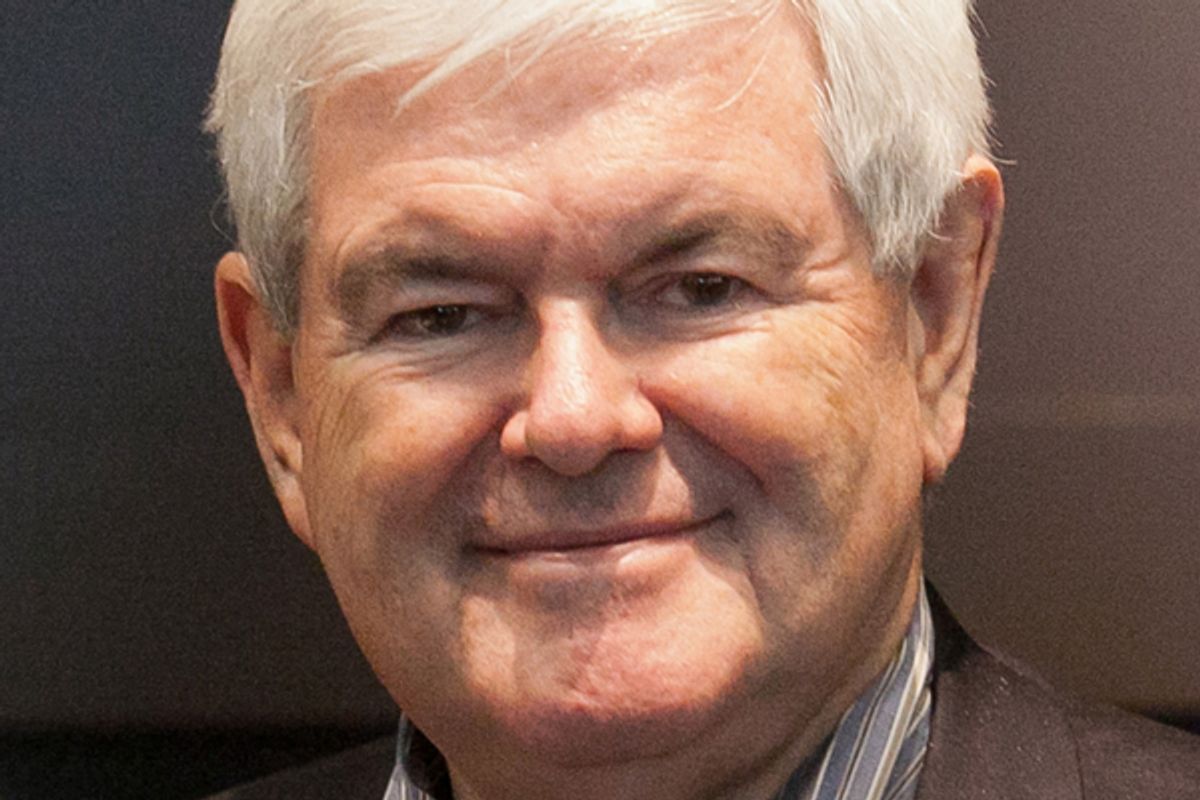 The thing reporters always loved about Newt Gingrich -- and the thing that led many of them to mistake his free-associative rambling for intellect -- is that he will just babble, at length, on any given topic, to any reporter who'll listen. So Yahoo's Chris Moody chatted with the unlikely GOP nomination front-runner at a Books-a-Million in Florida, and Moody got Gingrich to go on for a while about drugs, for some reason, which I'm guessing is not at the top of the Gingrich campaign's list of issues to hit in interviews. (At the top of that list is actually "The Battle of the Crater," a powerful Civil War historical novel by Gingrich and William F. Forstchen, available now at fine booksellers everywhere.)

Here are Newt Gingrich's nuanced, compassionate drug policy ideas: Constant drug testing for everyone (especially poor people) and stiff "economic penalties" for use. (Yes, obviously, what poor people need are more ways to incur economic penalties and more barriers to either aid or employment. Newt Gingrich has so many IDEAS.) Also, the U.S. should be more like Singapore, where people carrying enough drugs to qualify for "trafficking" charges are put to death.

I think that we need to consider taking more explicit steps to make it expensive to be a drug user. It could be through [drug] testing before you got any kind of federal aid. Unemployment compensation, food stamps, you name it.

It has always struck me that if you're serious about trying to stop drug use, then you need to find a way to have a fairly easy approach to it and you need to find a way to be pretty aggressive about insisting -- I don't think actually locking up users is a very good thing. I think finding ways to sanction them and to give them medical help and to get them to detox is a more logical long term policy.

But Newt couched his explicit endorsement of incredibly punitive and draconian anti-drug efforts in the language of a reformer, so expect conservatives opposed to the Gingrich surge to paint him as a crazy heroin-loving fruitcake, as they have Ron Paul, and just as they painted his orthodox Republican immigration policy (let's not deport literally everyone, right away) as unacceptable amnesty.