AZ state senator: Herman Cain has not sexually harassed me, even though I am attractive

One (crazy) woman's defense of the scandal-plagued candidate 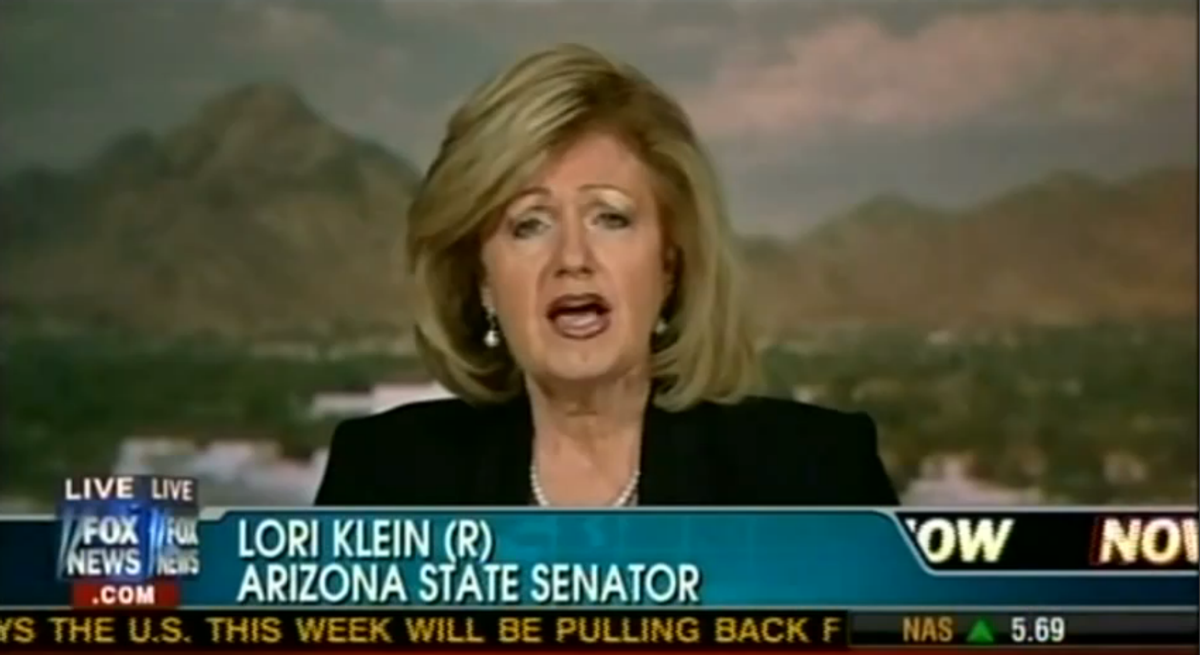 Arizona state Sen. Lori Klein is Herman Cain's Arizona state chairman and also the sinking candidate's single best asset. If I were him, I'd immediately start booking Klein on cable TV as a campaign surrogate, because her impressive spin work is right now being sadly wasted.

Says she has known him for 12 years and he's "never been anything but a gentlemen - and I am not an unattractive woman."

That's a slam-dunk argument, right there. And she's not even done!

Klein suggested that if Cain is innocent he should sue White for libel and went on to attack the media for digging up the allegations. She also said that in politics, "we want a virgin to do a hooker's job."

Yes! Herman Cain is a hooker. But a hooker with a heart of gold, and the constitution to resist harassing or assaulting Lori Klein, a noted attractive woman!

Klein is, of course, an expert in what constitutes appropriate, professional behavior among adults, as she proved when she took a loaded gun out of her purse and pointed it at a newspaper reporter who was attempting to interview her in a state Senate lounge.

Lori Klein is a rising star in the GOP. Remember her name. Or she'll shoot you, for being a Mexican.