When a kiss is controversial 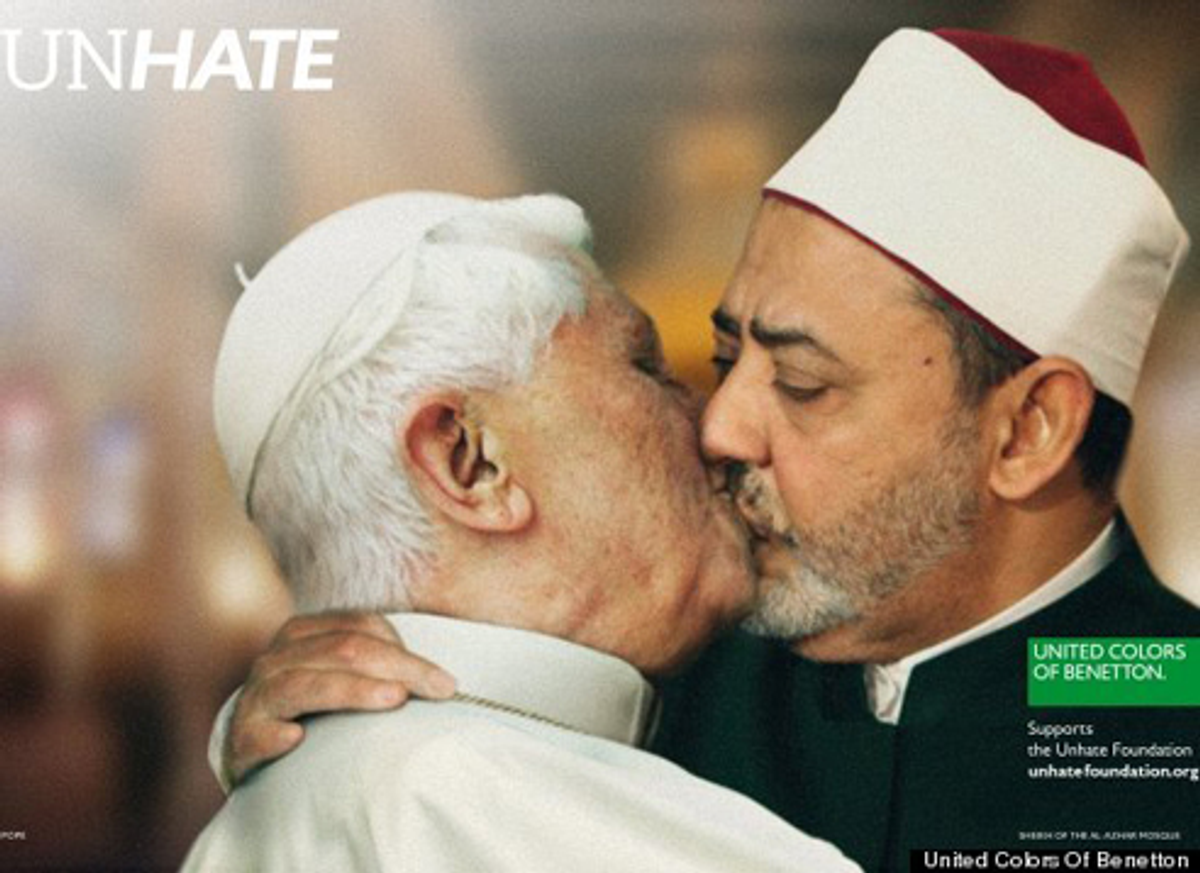 After years of  benign advertising, following years of controversial ads by Oliverio Toscani and Tibor Kalman,  the United Colors of Benetton released its latest shocker, the "Unhate" campaign. Herein are shown unlikely pairs of world leaders locking lips in the spirit of love. However, one of the ads with Pope Benedict XVI kissing Sheik Ahmed al-Tayeb was immediately withdrawn. This wasn't the first time the Church was pissed after being kissed by Benetton (see here).

"The Vatican quickly condemned the use of the Pope's visage in the ad, calling it 'a serious lack of respect for the pope, an affront to the feelings of the faithful and an evident demonstration of how, in the field of advertising, the most elemental rules of respect for others can be broken in order to attract attention by provocation,'" according to the Guardian. The Holy See announced it would attempt legal action and the Benetton Group apologized for offending the faithful and promised to withdraw the image. The ads were conceived as a way to promote "unhate," making a statement of brotherhood with a kiss.

The campaign is not the first time kissing is in the center of controversy. You may recall Art Spiegelman's New Yorker cover (above), which offended the Hasidic community. Sometimes a kiss is just a kiss . . .