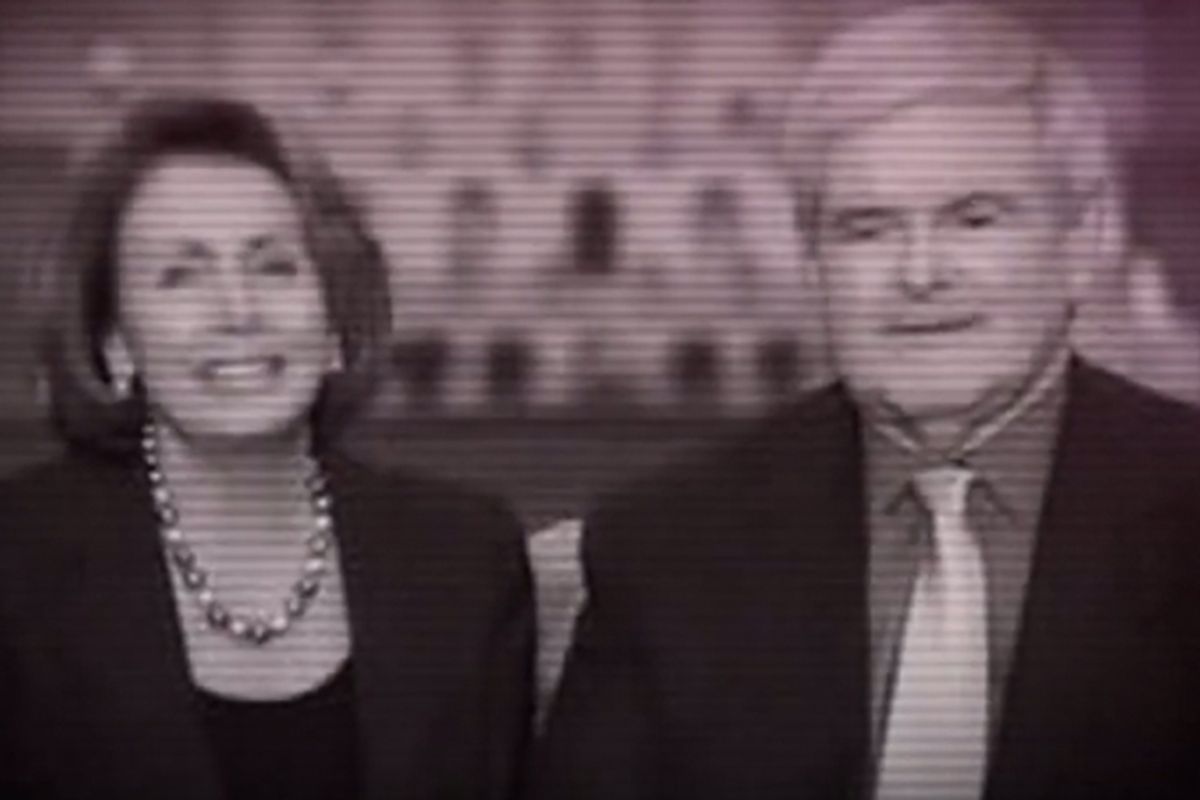 I was awestruck by a new Ron Paul ad attacking Newt Gingrich even before I saw that I have a cameo at the end. Full disclosure: I think the ad would be better without me. It's most devastating when it features conservatives attacking Newt.

And it features plenty of them. Watch it yourself, below. It's titled "Newt Gingrich: Serial Hypocrisy," which seems an arch reference to Gingrich's history of serial adultery. But the ad ignores the messy divorces and the Tiffany's credit line to stick to politics, and there's plenty to work with.

It starts with Gingrich blathering on about "policy and values and seriousness," and it then marches through examples of his flip-flops and hypocrisy on each of those points. The ad he made with former House Speaker Nancy Pelosi, back when he admitted climate change was real, is damning, but news anchor voice-overs reporting his changing positions on the bank bailouts are pretty bad too. We get his attack on Paul Ryan's budget, and Ryan's angry reaction, as well as the GOP voter who told Gingrich he was "an embarrassment to the party." We see Fox anchors and CNBC's Larry Kudlow voicing disapproval for his shifting stands on Freddie Mac, before and after it was revealed he took almost $2 million for strategic advice (don't call it lobbying!).

The ad gathers momentum, and a sense of moral outrage, as it focuses on Gingrich's taking millions from Freddie Mac as well as the healthcare industry, and supporting policies — the individual mandate, universal private insurance, end of life care — that he now opposes, since they're all anathema to the GOP base. That's where MSNBC's Ed Schultz and I come in; Schultz reads from the Washington Post story revealing Gingrich took $37 million from the healthcare industry, and I note his ever-changing positions on healthcare-related issues. "He's flipped and flopped based on who's paying him," I tell Schultz. The central voice, though, is Rush Limbaugh, mocking Gingrich over and over. When Schultz and Limbaugh and I agree, you know someone's in trouble.

I've been saying this week that it's time for the former front-runner Mitt Romney to go on the offensive against Gingrich. But Romney had trouble holding his own in an interview with Fox News' Bret Baier. So he's got his own problems now, when he's tripped up by simple questions about his own flip-flops from relatively friendly Fox News. Ron Paul served up Gingrich's goose instead. Paul showed similar flair with an ad taking down Texas Gov. Rick Perry, touting his ties to Al Gore. Whether on foreign policy or in the ad war, Paul keeps this race interesting.

I'll be talking about all of this with MSNBC's Ed Schultz — again — at 8 ET. I'll aspire to make someone else's highlight reel. Here's the ad: