Should the Fed save Europe?

A top think tank wants America's central bank to act as the EU's lender of last resort. Its director explains why 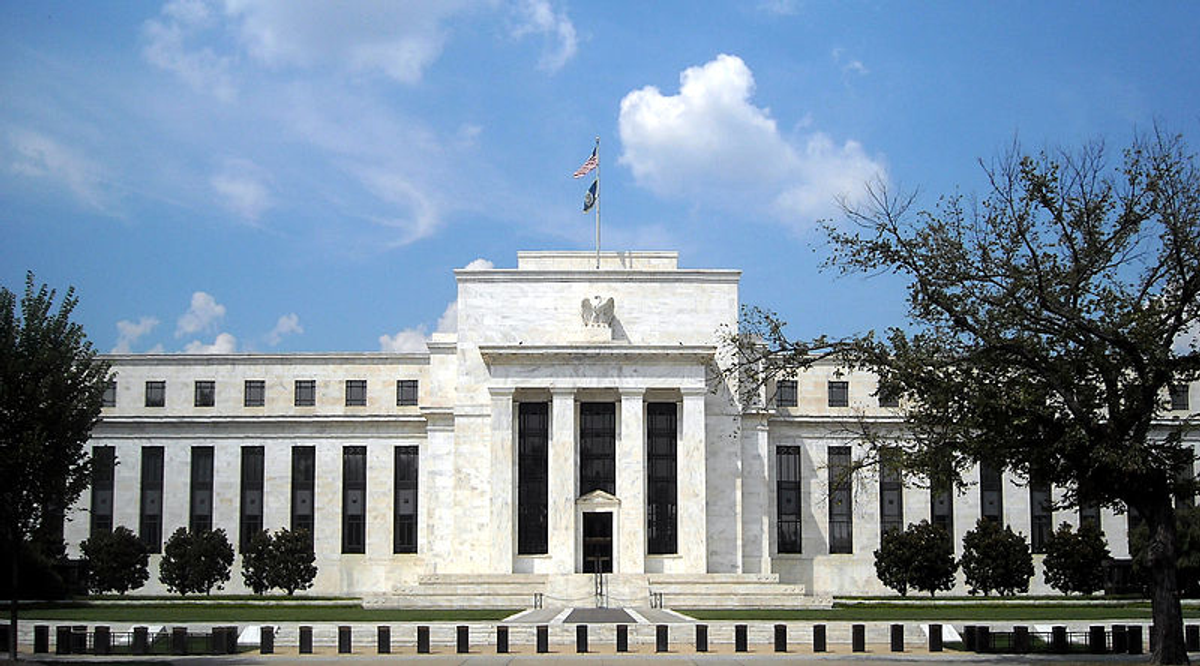 BOSTON — Europe's inability to devise a strategy for solving its debt crisis has become a dire threat.

Economists say it could throw the world back into the kind of crisis that reached its nadir in 2008 and 2009, destroying trillions of dollars in wealth and causing millions to lose their jobs.

In the euro zone mess, so far the U.S. has largely played the role of an outsider, reiterating the urgency of dealing with the mess. On Tuesday, for example, the U.S. Federal Reserve's second-in-command Janet Yellen urged European leaders to take "forceful action."

But now a respected Washington economic policy shop is saying that Yellen's bank itself should get involved directly. The Center for Economic Policy and Research (CEPR) is calling on America's central bank to become a lender of last resort for the heavily indebted nations, to reduce their interest rates from unsustainable levels — Italy, Europe's third largest economy is paying over 7 percent for its debt, a level at which other countries have required bailouts.

France, among others, has urged the European Central Bank to play this role. But Germany — which effectively has veto power — has resisted, fearful of inflation and of harm to its economy.

So why should the U.S. get involved? And what would it cost? GlobalPost spoke with CEPR Co-Director Mark Weisbrot to learn more.

Having accurately predicted, in 2002, that a housing bubble would cause a financial meltdown, CEPR is a key alternative voice on economics, and a widely-quoted resource for journalists. (The interview has been edited by GlobalPost.)

GlobalPost: You’ve called for the U.S. Fed to act as a lender of last resort for debt-laden European nations, such as Italy and Spain, to prevent them from having to pay unsustainable interest rates on their debt. Why interfere with the free market, and why is this the United States’ business when we have our own financial problems to deal with?

Mark Weisbrot: The problem is that Europe's financial crisis is already slowing the global economy. The OECD just lowered its growth projection for the U.S. economy from 3 to 2.1 percent for next year, and estimated that the euro zone is already in recession.

The OECD's projections assume that there won't be a major crisis in the banking system. Such a crisis gets increasingly likely each week that the European authorities fail to act. So this is the U.S.' financial problem. If Europe has a systemic problem of the type that happened after the collapse of Lehman Brothers in 2008, or worse, the US economy could get pushed into recession.

How much would this cost, and what would the impact be on U.S. taxpayers and the American economy?

There would not be any cost to the taxpayers, since the Fed could carry out this program just as it has done its $2.3 trillion of quantitative easing (QE) since 2008, by creating money.

If the Fed would be printing money to buy Europe's sovereign debt, wouldn't that cause inflation?

The Fed's QE program since 2008 did not have any measurable effect on inflation, so there is no reason to expect that these purchases would either. The OECD projects inflation for next year to be 1.6 percent for the euro area and 1.9 percent in the U.S. So even if inflation did rise some, it would not hurt. In fact, a higher level of inflation in current circumstances would probably lead to greater economic activity and higher employment.

Has the Fed ever tried anything like this before? Was it successful? And how is it in the Fed's mandate to intervene outside US borders?

The Fed has a mandate to promote full employment within the United States. Avoiding a recession caused by a financial crisis in Europe certainly falls within this mandate.

To my knowledge the Fed hasn't done this before, but it has coordinated with other central banks, for example in 2008, to provide liquidity to the banking system in Europe during the financial crisis.

The Chinese successfully pushed U.S. long-term interest rates down from 2004-2006 by buying long-term U.S. treasury bonds, so we know that this type of foreign purchase can work. The Chinese had to accumulate dollar-denominated assets, in order to maintain their fixed exchange rate. But by buying long-term (instead of short-term) treasuries they succeeded in keeping these U.S. rates low, thereby boosting US growth and stimulating demand for their own exports.

This situation is much more urgent for the US since we are facing the threat of a major financial crisis, and possibly deep recession in Europe, that could push the US economy into recession.

Why not let the IMF be the lender of last resort for Europe? Isn't rescuing the debt-laden what the IMF specializes in?

This could happen, but it may not; and if it were to happen, the IMF "rescue" would almost certainly include austerity policies as conditions for the loans. That could drive Europe further into recession and thereby be self-defeating — as has happened in Greece and Portugal, and is now happening in Italy.

Doesn't using the Fed in this way set a dangerous precedent — that governments can live beyond their means and then they'll simply be bailed out if they are too big to fail? Shouldn't the profligate countries pay for their sins?

The "debt crisis" of Europe was not caused by profligacy, but by the collapse of bubble-driven growth and the resulting financial crisis — most prominently in the U.S. but also in the euro zone. Prior to this collapse, these countries had mostly reduced their debt burdens, with the exception of Greece. And even the Greek debt problem of two years ago was manageable with minimal intervention from the European authorities.

So this is not really a debt crisis at all, nor a crisis caused by governments over-borrowing. It is a crisis of policy failure. The whole mess has been caused by the failure of the European authorities to engage in the proper monetary and fiscal policies to restore growth; in fact their forced austerity has made it much worse.

Why use this power for Europe and not for Zimbabwe or Japan or other heavily-indebted countries?

Japan can take care of itself, and doesn't really have a debt problem anyway. Its net interest payments on the debt – which are what matters, not the gross debt/GDP ratio — are still under 2 percent of GDP. As for other countries, the Fed is not responsible for them. The main reason for intervening in Europe is that the European authorities are threatening to push the US economy into recession.