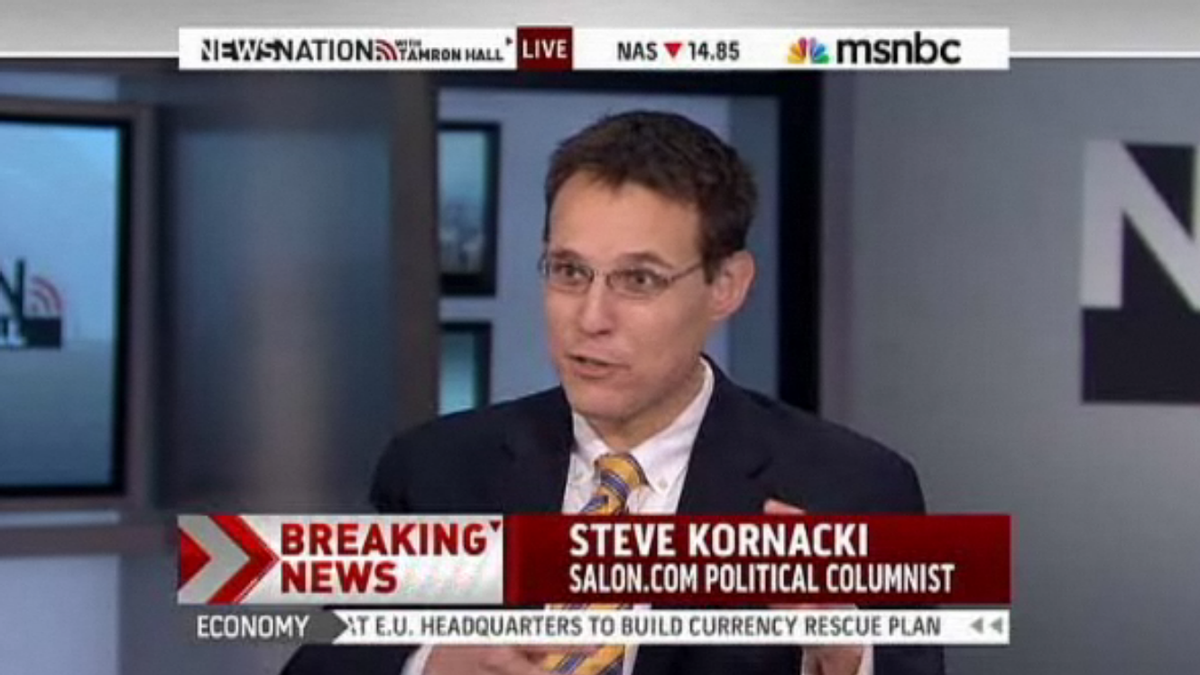 With Herman Cain "reassessing" his presidential campaign after a Georgia woman stepped forward to claim a 13-year affair, Salon's Steve Kornacki talked with MSNBC's Tamron Hall Tuesday afternoon about the possibility that Cain's supporters will now flock to a candidate with some well-known extramarital baggage of his own, Newt Gingrich. Kornacki wrote about this scenario Tuesday morning. Here's the full segment, which also includes radio host Michael Smerconish: