Scientists believe they can finally stem the epidemic, but money is a major obstacle 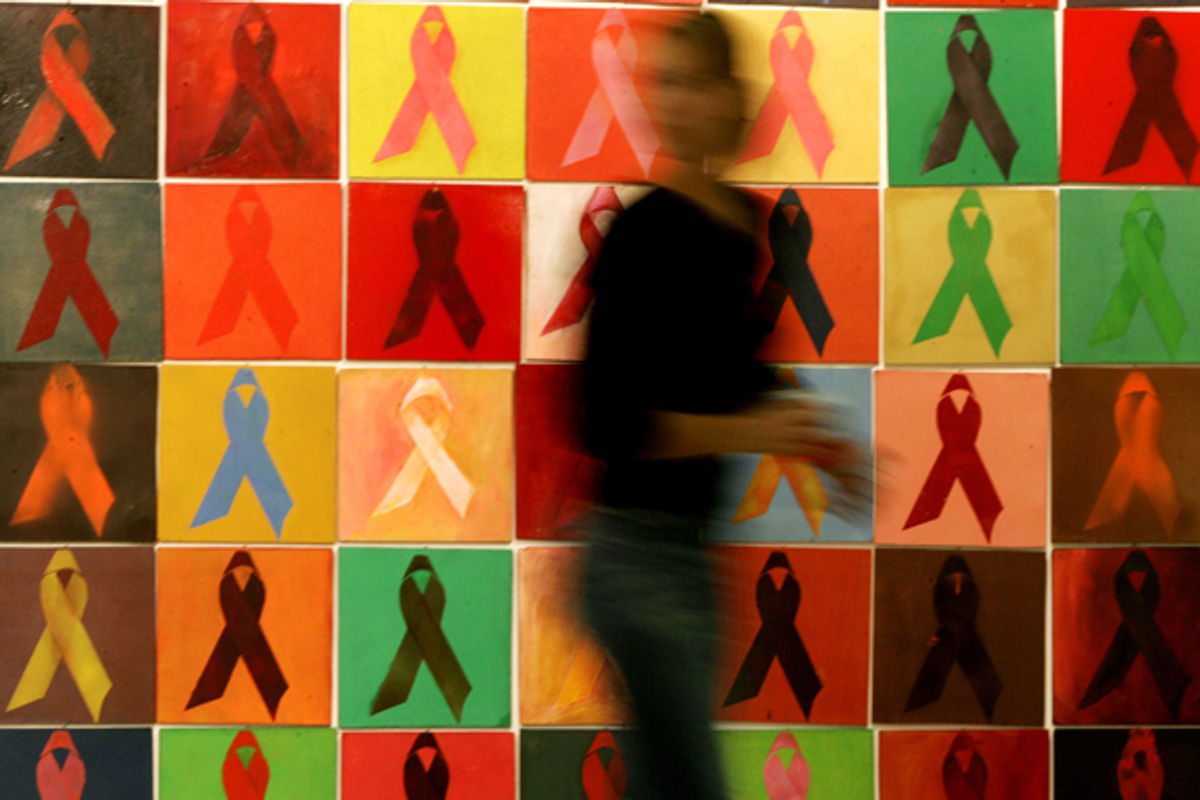 KISUMU, Kenya – Thirty years after the discovery of AIDS, scientists believe for the first time that they now have the tools to beat back the deadly virus.

The evidence is found in HIV prevention research conducted here on the shores of Lake Victoria and in several other parts of sub-Saharan Africa, long the epicenter of AIDS. The most notable research discovery stems from the HIV Prevention Trials Network 052 clinical trial, a U.S.-funded, nine-country study that found early treatment reduced the risk of HIV transmission to an uninfected partner by 96 percent.

The 052 results – announced to a standing ovation in Rome at the International AIDS Society conference in July – was one in a line of recent breakthroughs, including the benefits of male circumcision to prevent infection, and smaller conceptual advances in an HIV vaccine candidate as well as with microbicides, or gels used by women to stop transmission.

But the gloomy global economic situation, and recent scale-backs in HIV funding around the world, have cast great doubt as to whether policymakers will take advantage of the combination of new prevention tools to fight AIDS.

This collision of scientific advances vs. economic realities also comes at a heightened political moment of the U.S.’s own making: Secretary of State Hillary Rodham Clinton earlier this month called for an “AIDS-free generation,” and the United States’ actions on AIDS will be in the spotlight during next July’s International AIDS Society conference in Washington, D.C., which is being held in the U.S. for the first time in 22 years due to the Obama administration’s decision last year to end U.S. entry restrictions on people who have HIV. The conference is expected to attract more than 25,000 people from around the world.

President Obama is expected on Thursday — World AIDS Day — to talk about his administration’s next steps on AIDS, following Clinton’s speech. This would be his first major speech on AIDS as president; he has remained largely silent on all global health issues. Even when Obama announced a bold new Global Health Initiative, the White House put out only an eight-paragraph statement.

“The terrific science in the last year is coming up against the fiscal constraints,” said Chris Collins, vice president and director of public policy amfAR, the Foundation for AIDS Research. “It is going to take choices. That is the big challenge for policymakers in the next couple of years: How to get above the day-to-day politics here and use the resources as strictly as possible. We now need to hear our president articulate his policy action plan for an AIDS-free generation.”

Several sources within the Obama administration said in interviews that Clinton’s speech at the National Institutes of Health was at least partially spurred by the realization that next year’s AIDS conference will shine a spotlight on the U.S. commitment to fighting the virus, both globally and domestically. The idea was that the United States will be able to report back to the conference on its plan of action globally, while also speak about ongoing research in several U.S. cities about the most effective ways of finding those who are infected and then putting them on treatment.

In the meantime, Obama’s top scientists are urging that the research discoveries to prevent HIV transmission are put to use. The one in the forefront is the best known of all: Dr. Anthony Fauci, director of the National Institute of Allergy and Infectious Diseases, who has advised U.S. presidents since Ronald Reagan on how best to address AIDS.

“All of a sudden we have a convergence of prevention approaches, which includes treatment as prevention, and that really validates the concept of combination prevention,” Fauci told GlobalPost in an interview earlier this month. “There is now an enthusiasm and an excitement if we can implement some of these scientific advances, we can have a major impact in turning around the trajectory of the epidemic.”

Fauci said that future modeling of the AIDS epidemic shows that if prevention tools are effective and if fewer people are infecting others, a precipitous fall in HIV infections could follow. Then, he said, the whole arc of the epidemic could crumble.

“When we can get the incidence of HIV down enough to turn the trajectory of the pandemic, it will assume a momentum of its own in diminishing HIV,” he said.

“That’s because the fewer people who are transmitting infection and the more people who are trying to protect themselves from infection – those are the two arms of the problem – that diminishes the pool of people capable of infecting the other people.”

A UNAIDS report released last week concluded that the global expansion of AIDS treatment has made a significant difference in terms of saving lives and almost surely in preventing infections. It estimated that new HIV infections were reduced by 21 percent since 1997, and deaths from AIDS-related illnesses decreased by 21 percent since 2005. It also found that 6.6 million people were on life-extending antiretroviral treatment in 2010, an increase of 1.35 million from the previous year.

Given the findings of the 052 study, scientists and researchers said that the more people who are put on treatment, the more infections will be averted. The experts said that funding isn’t the only issue. Another key one is making sure the prevention strategy matches the specific epidemic in a country.

“Funding is not enough today and probably will never be adequate,” said Robert Hecht, a principal and managing director at Results for Development who has done extensive modeling on what will happen in various scenarios with AIDS funding.

He continued: “What will be important is getting some of these countries to recognize that if they don’t have all the money they need, they need to target programs for the high-risk groups. If you had to choose, say, between a few more dollars for sex education in the schools, or spending it more to reach gay men, or injecting drug users, the countries would be better to use it in the latter programs.”

In Kisumu, the principal city of western Kenya, with a population of roughly 500,000, the 052 trial was stopped in May because it was working so well that researchers felt it was no longer ethically defensible to keep a control group on placebos. Dr. Lisa Mills, the principal investigator for the western Kenya part of the study, and chief of the HIV Research Branch at KEMRI-CDC (a long-time collaboration between Kenya and U.S. researchers), said the Kenyan government already had started people earlier on treatment, but she and others hoped that more funding would allow for another expansion.

“The modeling shows that the amount of funds used for treatment would be much lower by 2015 if you started earlier,” Mills said. “And 2020, there would be a huge savings. There is an increase in start-up costs, but with the costs of the drugs gradually dropping, more efficiencies in treatment, and a reduction in new infections, including pediatric infections, all those add up to fewer people on treatment” in a few years.

Mills said that in fighting AIDS, like other epidemics, “the real issue is when you turn off the tap,” referring to stopping the numbers of new infections. “When you have fewer and fewer new people getting infected every year, turning off the tap starts to happen,” she said.

Kayla Laserson, the director of KEMRI/CDC Research and Public Health Collaboration, said the AIDS research is part of a multi-pronged global health research agenda aimed at finding new drugs, vaccines, and diagnostic tools for a host of diseases. “We have the 052 trial here, but we also have the malaria vaccine trail, and the site for a TB vaccine trial, and many others,” she said. “We see how we make an enormous impact because the results from the community we serve are all around us.”

In the nearby village of Ematsayi, Peter Owiti Omotsi, 39, a father of five, is one of thousands of people in the region now on antiretroviral drugs to fight AIDS. He started treatment in 2008. His wife was HIV negative at the time of his diagnosis, and she has remained negative, he said. Omotsi said the drugs, plus changes to improve the nutrition in his diet, have made him much healthier.

“These drugs work,” he said. “I believe before I die, I will see my grandchildren. Without these drugs, that probably wouldn’t happen. But I have some years to live now. I can at least be proud of my grandchildren.”

In the months and years ahead, the U.S. government will need to make decisions on whether to expand AIDS treatment in the United States as well as around the world to people who are infected but are not acutely ill from the disease. No one is making any promises yet. But no one doubts either that the range of prevention approaches now available, taken together, create a new, powerful weapon to halt AIDS.

“In the last year or so, we have enough scientific advances so that we can start to see some significant turnarounds in the trajectory of the pandemic,” said Fauci, the longtime U.S. AIDS researcher. “But it’s not going to happen alone. We’re going to need a lot more host-country involvement, we’re going to need other donors, we’re going to need to be more efficient in what we do with the resources that we have. Now is a critical time in the history of the AIDS pandemic.”

John Donnelly is a reporter for Defense Week.