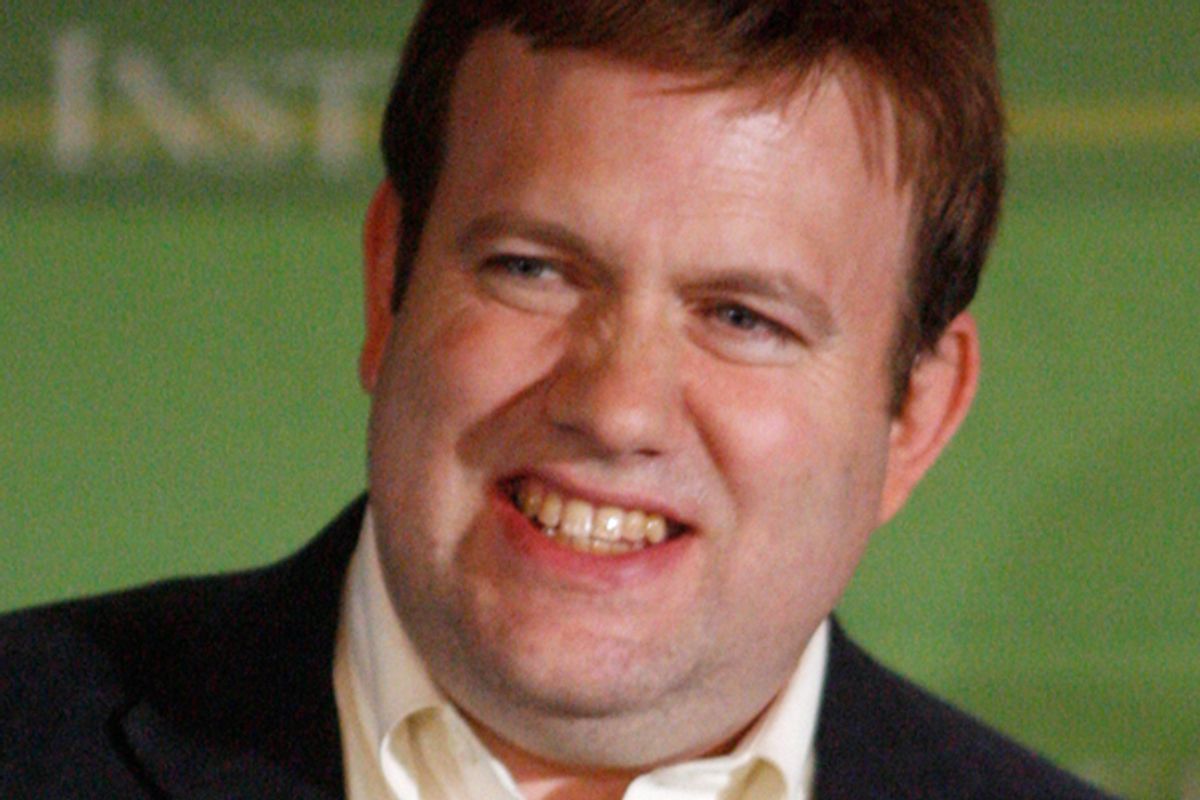 Pollster Frank Luntz, arguably the most important message maker in the conservative movement, says he is scared of  the Occupy movement because protesters are "having an impact on what the American people think of 'capitalism,'" according to an account of a session he hosted at the Republican Governors Association in Florida Wednesday.

Yahoo News' Chris Moody sat in on the meeting with Luntz at the Republican governors' conference in Florida yesterday. Luntz's advice for Republicans as reported by Moody is worth a very close look because we'll likely be hearing variations on his talking points from GOP politicians for the next year (at least).

Famous for rebranding the "estate tax" the "death tax," Luntz offered a couple of ways to soften the rhetoric of right-wing economic policies and at the same time make policies favored by many occupiers sound harsh or militant. First, he advised, don't talk about "capitalism." Instead talk about "economic freedom" or the "free market." And:

On the question of physical occupations, Luntz advises that GOP politicians tell protesters they are wasting their time -- and that they should focus their anger on the Obama administration:

"You shouldn't be occupying Wall Street, you should be occupying Washington. You should occupy the White House because it's the policies over the past few years that have created this problem."

It's worth noting that Luntz has longtime ties to Newt Gingrich, going back to Luntz's key role in crafting the "Contract With America" that helped catapult the Newt-led GOP to victory in 1994. So don't be surprised if Gingrich starts parroting some of this language.

Luntz also advised Republicans to be rhetorically empathetic to occupiers: Tell them, "I get it," he said. If that sounds familiar, it's because it's the exact same route President Obama has taken ...